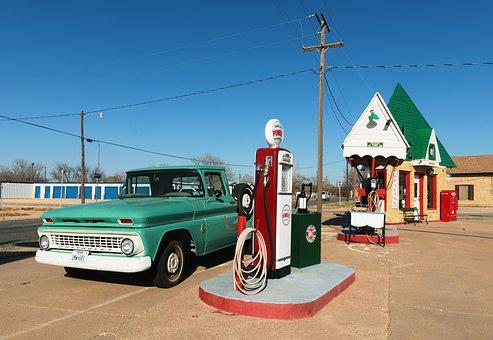 Let me put this on the table: Inflation IS their climate change plan.

That old broken down demented grifter, Joe Biden, said the price of gas at the pump was the doing of GAS STATION OWNERS, and all they had to do was cut the price.

The Political Left—meaning Globalists—want to limit driving and traveling and use of oil across the board. This is the limit-CO2 agenda.

But that agenda was and is a cover for enforced poverty and lower energy use.

That agenda is the Globalists’ planned future for all of us.

A decrepit country struggling to maintain any sort of functioning economy at all.

Because that country is easier to take over.

It has nothing to do with global warming and CO2, which was a con from the get-go. A way of throttling industry.

Every tyrant down through history has longed for the day when he could say to the people, “If you don’t want to starve, let me take care of you. I will. You just have to obey all my orders.”

I don’t know what the oil company CEOs are doing these days. But if they grew a pair of balls, they would find a way to deliver oil at a reasonable price, even if they had to break the law to do it and force the federal government to send in troops to stop them. THEN the public would know what’s going on. THEN the people would speak. THEN we would have something.

The problem is, the oil execs have been sucking at the federal money teat for far too long. They’ve turned into collaborators.

They don’t know how to go public and speak straight from the shoulder to the people. They only know how to do corporate speak, blown-dry air-brushed bullshit.

They’ve had it too easy.

We got a preview of corporate courage when Trump stood aside and let that worm, little Anthony Fauci, take over the country during the fraudulent pandemic. The national lockdown was declared, and big-time corporate heads did NOTHING to rebel and keep their doors open for business. They just gathered around the federal bailout trough and snorted in cash.

They STILL don’t see what’s waiting for them up the road. The Globalist plan to enforce poverty means the customers bases of those corporations will shrink and keep shrinking.

More and more, the corporations will become giant bureaucracies of the federal government.

Not ONE of these CEOs will stand up and say, “America, this is what is REALLY going on…the government is driving you into poverty. We’re not going to sit here and take it. As of today, we’re all-out rebels, but we need millions of you to support us…”

America is 10 CEOs and 10 microphones away from the beginning of a revolution.

If people could see it.