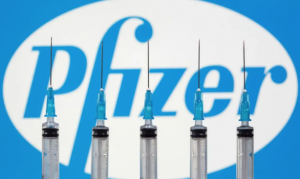 It has been revealed that none of the trial deaths documented by Pfizer were attributed to the vaccine when reported on, among other deceptive discoveries, Dr. T.J. Coles details.

Newly-released Pfizer-US Food and Drug Administration (FDA) documents suggest that after several trial participants died — following injection with the experimental product — Pfizer covered up their deaths by attributing them to natural causes, existing conditions, and even by mere assumption that the given death was not triggered by the injection.

Before bringing the injectable product to market, supposedly to tackle the COVID pandemic, Pfizer held clinical trials, as per normal when developing new drugs and vaccines.

But as TOTT News has documented, the trials did not meet normal clinical standards:

As one TOTT News reader commented, these were not “trials” in the traditional sense.

A JOKE OF METHODOLOGY

We already know that in brazen violation of trial protocol, the participants of the initial Stage (later renamed Phase) were unblinded. The stratification of data is a complete mess. For instance, the key to one chart says:

So, unblinded participants (some initially blinded) received both a placebo and BNT162b2, but we don’t know during what Phase, and others just received BNT162b2 but remained blinded?

In other violations, placebo and BNT162b2 recipients were mixed.

So, in other documents when “placebo” recipients were listed as having died, it could mean that BNT162b2 recipients had also died because their initial designation as placebo patient was recorded.

The court-ordered release of a 3.6k-plus page PDF hidden in a zip file, dedicates three pages to deceased participants. It was published internal to Pfizer-FDA in April 2021.