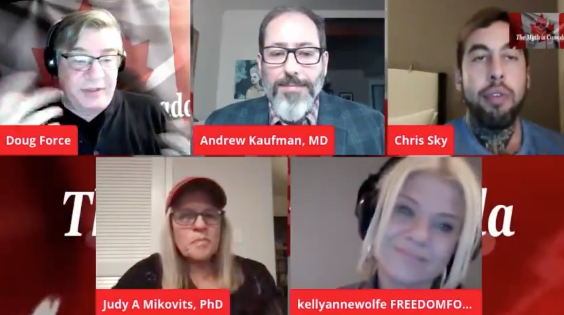 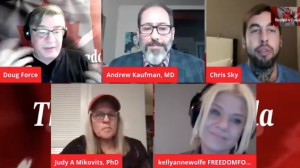 ASK THE QUESTION: WHY DID THIS FILM GET SO MUCH PUBLICITY WHEN EVERYONE ELSE HAS BEEN CENSORED?

SECOND QUESTION: WHAT WAS THE FUNCTION OF PLANDEMIC?

You’ll recall that at the very beginning of the CoVod Con there was a super popular and super controversial film called “Plandemic.”

Somehow – and the actual mechanism is still obscure – it was given massive publicity (as much advertising as Coke or Pepsi) and it became the symbol of the “resistance” and shorthand for people who wanted to dismiss any conversation about the “necessity” of the lockdowns.

The “stars” of the film were David Martin and Judy Mikovits, both of whom spin hopelessly complicated narratives that: a) the average person can’t follow or critique and b) strongly reinforce the narrative of the CoVid Con conspirators the virus is real, (“it’s manufactured!”), it’s deadly etc.

I don’t know the real story behind these two, but I do know the FUNCTION they’ve fulfilled:

1) to create the illusion of a resistance
2 to distract resistance-minded people and send them down a useless rat hole,
3) to have people identify strongly on an emotional level with these people as crusading “heroes” and
4) most important, to SOLIDIFY the fundamental fraud that SARS-2, by itself, is a killer

I have been talking about these two since the film came out and most people have been so strongly emotionally conditioned by this narrative they become emotionally upset at the idea of anything regarding these two “heroes” being criticized.

Whether by accident or on purpose, “Plandemic” was a PERFECT vehicle to disrupt real resistance and solidify the fundamental fraud.

Here’s Kaufman asking Mikovits to explain her science. Watch her reaction and the reaction of the host.