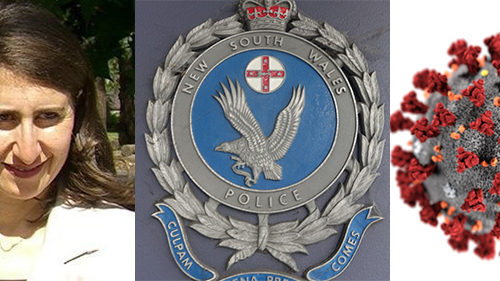 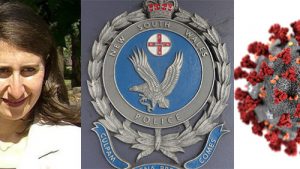 For those of us living in Australia right now, every day there’s a new set of rules and regulations handed down from state and Federal Governments as they aim to stop the spread of Coronavirus.

Borders have been closed. Events have been cancelled. Many shops, businesses and services are now banned from operating. Social distancing measures have been put in place. And self-isolation is mandatory for most people crossing jurisdictions, and, of course anyone returning from overseas or entering the country for the first time.

And up until now, practising ‘social distancing’ and undertaking mandatory self-isolation if necessary have been largely based on trust – trusting people to follow the Public Health and Safety Act, as well as other sensible guidelines and recommendations. But in the wake of video footage showing massive crowds of Sydney-siders crammed into Bondi Beach last weekend, the rules have now changed.

In the past few days, the New South Wales government has given Police special powers to hand out fines or issue court attendance notices which can result in prison time to anyone suspected of breaking social distancing restrictions.

New South Wales Police has thousands of officers trained and ready to crack down on anyone who is not compliant.

Individuals can be fined  $1,000 and corporations could be hit with fines of $5,000 for breaches.

The new penalties also extend to people not following self-isolation rules. The penalties add to laws contained in the Public Health Act in New South wales, whereby failure to comply with ministerial directions can result in up to six months in prison and/or fines of $11,000.

There will be an increased police presence around our communities, and public order and riot police will be kitted out with masks and other personal protective equipment. They will conduct community patrols and random checks and will also follow up tip offs that can be lodged during the Crime Stoppers Hotline.

It’s understood that the Government is also investigating ‘tracking technology’ which would enable it to keep watch on anyone supposed to be in self-isolation lock down.

Not a laughing matter

Pranksters too – anyone faking symptoms and pretending to have the virus could also find themselves in serious trouble with the law.

A New South Wales man has been charged with stalk/intimidate intend fear physical harm, and resist or hinder police officer in the execution of duty, after walking into a Police station, coughing, and telling an officer he had just tested positive for Coronavirus. The station had to be locked down while the man’s claims were checked by Police, and found to be unsubstantiated.

Victoria has also increased its police muscle to enforce new rules. Five hundred officers are part of state-wide Operation Sentinel. In Victoria police have already begun door knocking homes and conducting spot checks on returned travellers. In addition, police will also be using technology such as FaceTime to contact people required to self-isolate.

Police are also conducting ‘proactive’ patrols to ensure that people are obeying the rules when out in public – at parks, beaches, and shopping centres. In Victoria, failing to comply with directives under the Public Health Act, individuals can be fined $20,000 and companies or corporations, $100,000.

Of course, in this time of panic, fear and uncertainty, many members of the Australian Public would agree that authorities must do whatever it takes to protect the health and safety of the general population at this time.

While the New South Wales Police Minister, David Elliott, says that this legislation would have a ‘sunset clause’ to remove it in due course, at the appropriate time, just exactly when that will be is uncertain.

However, the great fear is that once these draconian control measures are introduced into law, they will be capitalised on once the situation has subsided – whether by the extension of sunset clauses, the quiet insertion of draconian provisions into existing legislation or the introduction of new legislation which contains provisions of the ‘emergency’ legislation.