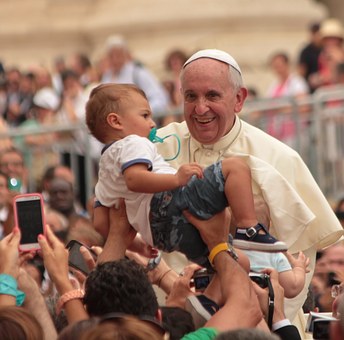 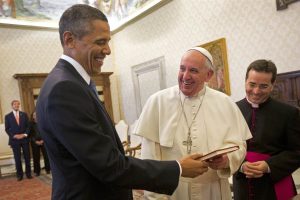 Pope Francis, head of the Roman Catholic empire, doesn’t want to acknowledge that countless Catholic clergy are pedophiles who rape little boys. He similarly refuses to acknowledge the recent purge that took place in Pennsylvania, resulting in some 300 child-raping Catholic priests being nabbed as active participants in a massive pedophile ring.

That’s because Francis is a pedophilia denialist who pretends to be a servant of God – and who claims to be Jesus Christ in the flesh, in fact – but who actually works for Satan to cover up the horrific crimes of his demons who shamelessly steal the innocence of young children while posing as ministers of the one true faith.

Francis is a phony, in other words, and this was demonstrated once again during his recent trip to Ireland. A male victim of sexual abuse by a Roman Catholic priest asked Francis if he planned to investigate the allegations.

“Are you, as the Holy Father and leader of the Vatican and worldwide church, going to have an investigation into all the cover-up and corruption?” the man, named Damian, asked Francis. “There are thousands and thousands and thousands of people like me” who want Francis to answer the question, “and they want action,” Damian told the U.K.’s Channel 4 News.

Damian told the news outlet that Francis indicated to him personally that he’s determined to root out this “corruption and filth” from the Catholic fold. But when later asked about the scandal publicly, Francis declined to comment, ignoring multiple allegations of sexual abuse by high-level Catholics such as Cardinal Theodore McCarrick, the former archbishop of Washington, D.C., who was forced to resign from his position last month.

This lack of a public response by Francis after offering a private one to Damian would suggest that Francis is a hypocrite. But in Damian’s eyes, he’s convinced that Francis is “a very genuine person,” indicating that he “believed him as a person” when posing the question and receiving the answer he did.

It’s the so-called Roman Curia, the administrative institutions of the “Holy See” through which Francis conducts the affairs of the “global church,” that Damian believes is keeping Francis’ hands tied. Regardless, he’s encouraging Francis to “tell the world” anyway, because “the world will support him.”

“If you don’t tell us the difficulties you’re having, you’ll fall by this,” Damian stated, these words intended as a direct warning to Francis to fess up, or else face the consequences.

Chances are that Francis knows full well what’s going on, but is simply refusing to acknowledge it publicly for political purposes. Damian is perhaps affording Francis too much credit, which could be due to his own denial and cognitive dissonance in refusing to accept that fact that the Roman Catholic Church is systemically corrupt, from top to bottom.

Former Vatican envoy Carlo Maria Vigano seems to agree with this sentiment, having recently declared that “corruption has reached the very top of the Church’s hierarchy,” presenting an 11-page letter outlining why that was published in the National Catholic Register and a handful of conservative U.S. Catholic publications.

To this, Francis also refused to respond, stating, “I will not say a word about that. I think that the communique speaks for itself.”

The “progressive” National Catholic Reporter did respond to the allegations, but took the usual defensive, no-guilt approach.

“Make no mistake. This is a coordinated attack on Pope Francis,” the weekly news outlet claimed.

For more news on the satanic happenings within the Roman Catholic Church and elsewhere, visit Evil.news.

2 thoughts on “The Pope is a pedophilia denialist and an affront to God; allows DEMONS to rape little children”