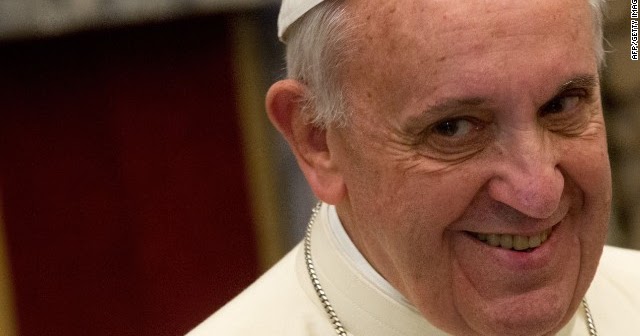 false information that is intended to mislead”

Disinformation is NOT “saying only a part of the truth, and not the rest.” The pope is trying to discredit real reporting, like we here at Renegade Tribune engage in, along with other outlets.

Now here is where things get a bit weirder; the Catholic chief compared our desire to uncover the dark conspiracies of our overlords to being sexually aroused by feces.

And then, I believe that the media should be very clear, very transparent, and not fall prey – without offence, please – to the sickness of coprophilia, which is always wanting to communicate scandal, to communicate ugly things, even though they may be true. And since people have a tendency towards the sickness of coprophagia, it can do great harm.

Note how he says the scandalous reports coming from the alternative media are problematic “even though they may be true”.

Coprophilia is a sexual fetish people feel when they come into contact with feces. Coprophilia can be said to be liking the smell, taste, or feel of feces in a sexual way. The feeling can be either through touching the skin or through rubbing the penis head against feces. Enjoyment can also be made from the feeling of feces passing through the anus.

Eating feces is also known as coprophagia. This is bad for one’s body. A person who eats feces is at risk of getting sick through hepatitis, infection, and AIDS. Those with a weak immune system should not eatfeces. There are also social problems with eating feces. It causes bad breath and is a taboo.

What I find very interesting is that he would claim people like us are engaging in coprophagia, when the “God” of the Bible actually orders Ezekiel to cook the bread of the Israelites on human feces.

And you, take wheat and barley, beans and lentils, millet and spelt; put them into one vessel, and make bread for yourself. You shall eat it as a barley cake, baking it in their sight on human dung” (Ezekiel 4:9-12)

However, this is not where the hypocrisy ends. The pope is obviously referencing the PizzaGate scandal, which implicates Jewsuit John Podesta and other power players with close ties to the Vatican. He is claiming that uncovering a massive child rape scandal is “fake news”, while we know from recent history that the Vatican has excelled at covering up their religious raping of children. From CBS in 2014:

The Vatican revealed Tuesday that over the past decade, it has defrocked 848 priests who raped or molested children and sanctioned another 2,572 with lesser penalties, providing the first ever breakdown of how it handled the more than 3,400 cases of abuse reported to the Holy See since 2004.

The numbers put forth from “the Holy See” above are only a fraction of the whole story, which we will likely never know. The Vatican didn’t even get rid of all the priests who abused children, and instead just “sanctioned” most of them. For the most part, when a case of abuse would crop up, their modus operandi was just to move the priest to another church.

Let’s tie this all together. Catholic priests are notorious for anally raping young boys. To be even more clear, these “Men of Gawd” are sexually aroused by putting their penises in young anuses, which inevitably contain feces. Ergo, the Catholic church is full of disgusting degenerates who rape children, have a sickness of coprophilia, and worship a god who demanded coprophagia.

Why should we give a SHIT about what this poop pope has to say about anything?