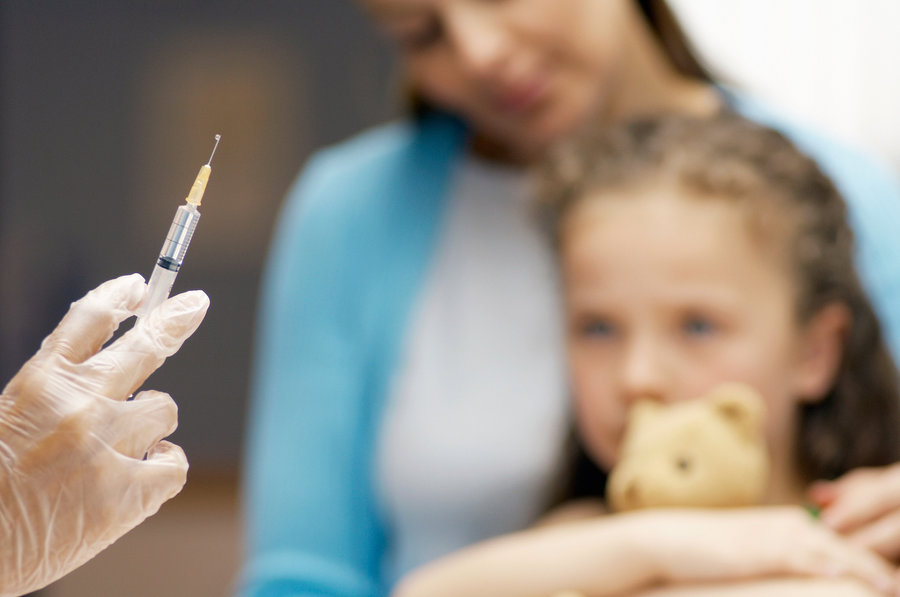 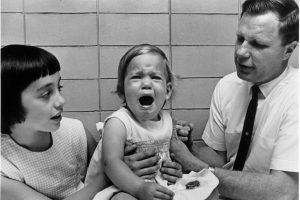 Below is a video regarding an Italian family, who vaccinated 3 of their children, 2 died and 1 was crippled for life by the vaccines. The case wasn’t even a disputed case. The medical authorities and the government admitted openly (in the media) that the vaccines were at fault in all 3 cases. Each child was not vaccinated at the same time as well. That means, as one child died or was crippled by a vaccine, the parents simply lined up another healthy child to take the needle full of poison. But why?

Just below this paragraph is a Hollywood movie star talking of how one vaccine completely destroyed the brain of his daughter instantly. Now, this is beyond unfair and unjust but the question remains again, “are we to believe that this person had no idea of the debate raging regarding the safety and effectiveness of vaccines?” Did he do any research before vaccinating? The answer to that has to be most likely not, because if anyone even takes 3-4 hours to investigate vaccination, even taking the time to read a manufacturer’s vaccine insert, they wouldn’t vaccinate their child in the vast majority of cases. So again, why are parents moving ahead with the vaccination of their children, without doing the proper research before hand? Could people be vaccinating for reasons that have nothing to do with their children, as illogical as that sounds?

These sorts of videos are extremely common in this day and age. Parents of vaccine injured or vaccine killed children calling out for justice on social media, as the medical and science systems ignore their pleas for help. The question again is, “why are they vaccinating in the first place?”. Why in this day and age, with all the debate around vaccines……..why isn’t that enough to prompt parents to investigate the issue thoroughly before they march their child into the doctor’s office for their vaccinations? Are we to believe that the parents of newly vaccine injured or vaccine killed children weren’t aware of the vaccine debate that rages around them, before they brought their child in? Is there something else going on, which motivates parents to vaccinate their children, and ignore the debate……while simply hoping for the best?

Where there’s illogical and irrational human behavior occurring, we look to psychology, in order to find our answers. Below are 6 deep subconscious psychological reasons that explain why people are still vaccinating, without doing any sort of in depth research, while at the same time knowing that vaccines are indeed killing and crippling children around the world. What sets a human to roll the dice on vaccination, with themselves and/or their own children?

1) If the parents were to admit that they were personally tricked into poisoning themselves or their children, it would extract too heavy a psychological toll on them, so it’s just easier to keep lying than it is to face what has happened. It’s like when we were children ourselves and told a lie so many times, that it was simply easier to keep going than to admit what we actually did. Sometimes the burden of the truth is too much to contemplate, when our children are involved. How hard is it to admit that you willingly volunteered yourself or your children for a toxic injection, which had nothing to do with health or immunity, because of heavy fraud based manipulation and coercion by government, medicine, media and science? This is a mental situation that the ego rarely wants to admit to, let alone contemplate. The ego’s response is often to protect itself first and foremost, and never admit full control of any situation has been compromised.

2) They have a form of Battered Woman’s Syndrome or Stockholm Syndrome, a proven obedience to an authority figure who controls both the rewards and the punishments. Stockholm Syndrome describes a situation where after a bank robbery in Stockholm Sweden that lasted several days, many of the bank hostages fell in love with and grew to work hand in hand with the bank robbers. In Battered Woman’s Syndrome, a female abuse victim is proven to become reflexively obedient to her abuser, simply as an adaptation to avoid trauma, pain and fear. One very frequent human adaptation to bullying and abuse is to gain favor with the bully or the abuser. Many in our society today are literally afraid of their own governments and the government’s tyrannical enforcement wings within the medical, science and child care services…..and this is why many people simply obey authority based bullying when it comes to vaccines. This is also why so many don’t do any research, because the research is inconsequential, when the parent is simply vaccinating to avoid some form of bullying based punishment from authority……authority in this case is an immoral, unethical and tyrannical government. So again we see a common theme. On a psychological level, the child vaccination is occurring because of reasons internal to the parent.

3) The system has made the decisions for a citizen for so long, that they can’t remember how to operate independently of the state mind control apparatus. The entire government based system is designed to remove major life decisions from the general public and place the population on a sort of “government directed cruise control”. This can go on for so long, that the person themselves becomes unable to work their minds independent of the media, government or the actions of the herd. This is again why so many vaccinating parents don’t do any personal research before vaccinating their children, because AGAIN, the decision to vaccinate is about a reflexive obedience and has nothing really to do with vaccines being safe, healthy or effective for the child. Most people are vaccinating today because it’s a game of what a parent requires in order to find safety and acceptance, as opposed to researching and making a logical decision.

4) Employment based reasoning within the government. The government work force is the most reflexively obedient group to immoral and bullying government dictates because of the punishing aspects of the tyranny, set into the system itself. When there are highly toxic vaccinations to be be dumped into the public en masse, (to cause a form of chaos that only benefits the people in power) our social engineers always show up first at the government offices, in order to start the eugenic ball rolling. Government employees are imprinted directly with the idea that backing the government at all times guarantees a more rewarding career, so many just roll up their sleeves looking for that sort of increased security. Unfortunately what appears to be “increased employment security” for vaccine compliance, is nothing more than a well orchestrated soft kill/stealth euthanasia agenda that most government employees would rather believe doesn’t exist. The people who organize the vaccine stealth euthanasia agenda are aware of the psychology of the government work force and their emotional need to please their employer and cozy up with the father/mother figure. This is why government workers are targeted first with any vaccination drive.

5) Other societal rewards – the children act as the perfect human shields and LITERAL payment inside the control grid, to gain acceptance, favor, promotion, seniority and ease of travel through the inverted system. It’s like a very dark and sinister toll booth where you sacrifice your kids as payment to gain access to the land of material riches and to find favor with the herd or peer group. Vaccination acts exactly like a gang initiation, something daring that must be done, before you’re welcome into the fold. This is obviously a deal people are making all day long because again, vaccination is about how the vaccine decision benefits the parent themselves on some level. Vaccination is never about the children because there’s no evidence that vaccines do anything but hurt children….so that means parents are vaccinating because it benefits them on some mental, financial or social level. Bring your child up for sacrifice on the stainless steel medical altar…….and collect your physical or mental benefits. This AGAIN is why most parents don’t research at all before vaccinating, because if you’re going to vaccinate anyway in order so you get stroked personally, what does the research matter? It doesn’t.

6) To a person who controls nothing or very little in their lives (which describes most people in our society today), controlling their children compensates for their lack of control and if a person must vaccine poison their child to find control based satisfaction within themselves, they often do. Control is a basic human need, so when a person doesn’t satisfy their need for control within their own lives, they will always attempt to control others, and of course controlling children is often the path of least resistance. This has been going on since the dawn of time. The control of the weak and defenseless. Often vaccination is an attempt at fitting in and control, within a society where fitting in and control is hard to come by. Again, the reason for vaccinating is INTERNAL to the parent.

At this link over 100 medical doctors and PhD scientists speak against vaccination…. http://bit.ly/2wszbfQ

At this link the concrete proof the vaccines cause the brain damage reclassified as Autism….. http://bit.ly/2fWsnkc