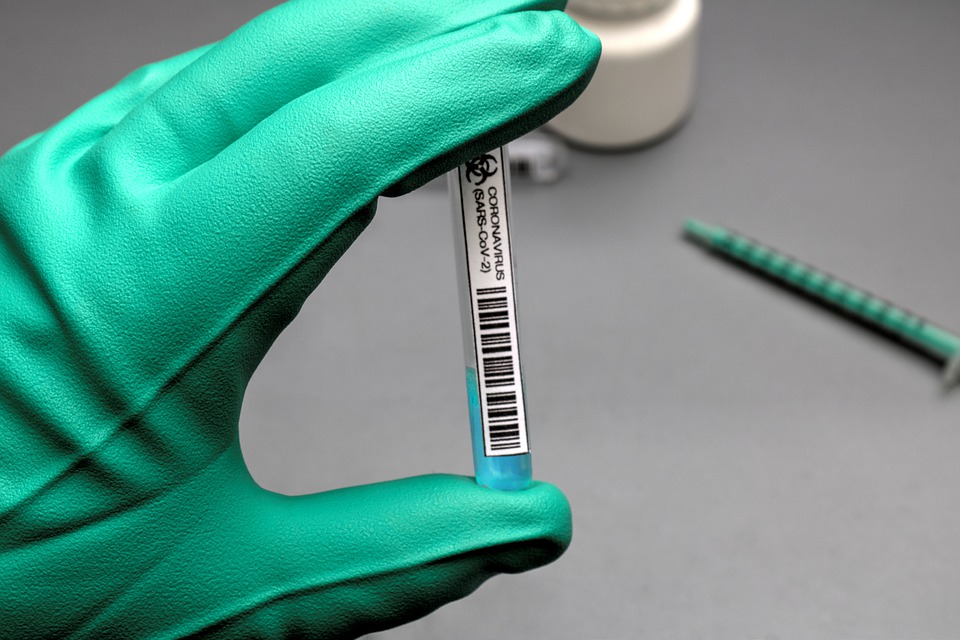 And you can do something about this

I keep hammering on the test because it is the main piece of public fakery that holds this whole pandemic illusion in place.

If it falls, the illusion disappears.

In numerous past articles, I’ve shown the PCR test is useless and deceptive, from several angles.

Recently, I wrote about a Florida directive, issued by the governor and his department of public health: it forces labs to reveal the number of cycles at which each PCR test is run. [1]

A cycle is a quantum leap in amplification of the original sample taken from the patient.

Anthony Fauci himself has asserted that 35 cycles or higher makes the test result useless. Yet the FDA and the CDC recommend running the test at up to 40 cycles. This has opened the door to millions of false positives. [2] [3]

The cherry on the cake? Test labs never tell doctors or their patients how many cycles are deployed in the test. [4]

My first point today is this: if other states wake up and follow Florida’s lead, the whole false edifice of the test would collapse.

My second point: at labs all over the country (and the world), thousands and thousands of PCR tech employees understand the con, the hustle, and the crime—because they are participating in it EVERY DAY.

They are all silent.

If 20 of them stepped forward and told the truth, we would see the PCR test wobble and the fakery called “case numbers” and “pandemic” and “lockdowns” start to crumble.

These PCR techs would confess that they’re running the test at 40 cycles and therefore the results are MEANINGLESS.

So we need pressure on these PCR techs. Lots and lots of pressure. From us. From court cases. From every source we can muster.

The PCR techs are good Germans. They’re complicit and silent. THIS HAS TO END.

In 1992, strategist James Carville helped Bill Clinton win the presidency by suggesting that, coming out of a recession, the campaign should use the slogan, “It’s the economy, stupid!” It worked like a charm.

Now, the slogans/memes should be: IT’S THE CYCLES, STUPID! and IT’S THE TEST, STUPID!

The test spits out false positives like a fire hose, creating the impression of escalating COVID case numbers, which are used as the rationale for the lockdowns and the economic devastation.

Without those fake numbers, the authorities have NOTHING.

So get busy. Get the message about the tests out to one and all. Be relentless. Don’t curl up into a ball when people reject what you’re communicating. Keep going. Expose the fraudulent test cycles. Point to the PCR techs at labs as complicit enablers in the ongoing crime.

Here is my article from several weeks ago about Fauci and the test:

Right from the horse’s mouth. Right from the man we’re told is the number-one COVID expert in the nation. What Fauci says is golden truth.

Well, how about THIS?

July 16, 2020, podcast, “This Week in Virology”: Tony Fauci makes a point of saying the PCR COVID test is useless and misleading when the test is run at “35 cycles or higher.” A positive result, indicating infection, cannot be accepted or believed.

Here, in techno-speak, is an excerpt from Fauci’s key quote (starting at about the 4-minute mark [3]):

Each “cycle” of the test is a quantum leap in amplification and magnification of the test specimen taken from the patient.

Too many cycles, and the test will turn up all sorts of irrelevant material that will be wrongly interpreted as relevant.

What Fauci failed to say on the video is: the FDA, which authorizes the test for public use, recommends the test should be run up to 40 cycles. Not 35.

Therefore, all labs in the US that follow the FDA guideline are knowingly or unknowingly participating in fraud. Fraud on a monstrous level, because…

Millions of Americans are being told they are infected with the virus on the basis of a false positive result, and…

The total number of COVID cases in America—which is based on the test—is a gross falsity.

The lockdowns and other restraining measures are based on these fraudulent case numbers.

Let me back up and run that by you again. Fauci says the test is useless when it’s run at 35 cycles or higher. The FDA says run the test up to 40 cycles, in order to determine whether the virus is there. This is the crime in a nutshell.

If anyone in the White House has a few brain cells to rub together, pick up a giant bullhorn and start revealing the truth to the American people.

“Hello, America, you’ve been tricked, lied to, conned, and taken for a devastating ride. On the basis of fake science, the country was locked down.”

If anyone in the Congress has a few brain cells operating, pull Fauci into a televised hearing and, in ten minutes, make mincemeat out of the fake science that has driven this whole foul, stench-ridden assault on the US economy and its citizens.

All right, here are two chunks of evidence for what I’ve written above. First, we have a CDC quote on the FDA website, in a document titled [6]: “CDC 2019-Novel Coronavirus (2019-nCoV) Real-Time RT-PCR Diagnostic Panel For Emergency Use Only.” See pdf page 38 (doc page 37). This document is marked, “Effective: 12/01/2020.” That means, even though the virus is being referred to by its older name, the document is still relevant as of Dec 2020. “For Emergency Use Only” refers to the fact that the FDA has certified the PCR test under a traditional category called “Emergency Use Authorization.”

Naturally, MANY testing labs reading this guideline would conclude, “Well, to see if the virus is there in a patient, we should run the test all the way to 40 cycles. That’s the official advice.”

Then we have a New York Times article (August 29/updated September 17) headlined: “Your coronavirus test is positive. Maybe it shouldn’t be.” [4] Here are money quotes:

“Set the limit” would usually mean, “We’re going to look all the way to 40 cycles, to see if the virus is there.”

The Times: “This number of amplification cycles needed to find the virus, called the cycle threshold, is never included in the results sent to doctors and coronavirus patients…”

Boom. That’s the capper, the grand finale. Labs don’t or won’t reveal their collusion in this crime.

If a lawyer won’t go to court with all this, or if a judge won’t pay attention and see the light, they should be stripped of their jobs and sent to the Arctic to sell snow.