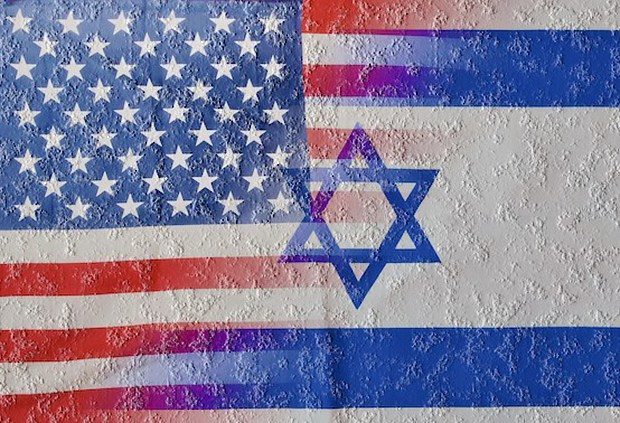 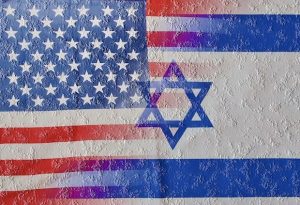 The Mueller Report just confirmed what aware and astute observers already found painfully obvious. Hillary Clinton, and the DNC who conspired with her, would prefer to inject the current political climate with a neo-McCarthyite red scare than take responsibility for their corruption and ineptitude.

It’s so much easier for Clinton to defame and blame Putin and his supposed puppets than to admit her scandals and corruption helped get Trump elected.

With Clinton again pulling out the “Russian asset” card, this time on Tulsi Gabbard (a US veteran) and Jill Stein, it is shocking to see just how many Americans buy into the utter nonsense – while ignoring the real interference in US life by a foreign power (Israel). The only sane conclusion seems to be that, sadly, many Americans have a poor grasp on reality. American denial is steering the ship full steam ahead.

Russian Interference Delusion Being Used as Basis for Many Things, e.g. Censorship

Many US ‘opinion leaders’ – such as the DNC and the Left wing of the MSM – are using the Russian interference delusion not just to try to regain the Presidency, but also to change society for the worse.

The Washington Post (owned by Amazon CEO Jeff Bezos, who has become tied at the hip to the US Government and US Military) just published an article entitled Why America needs a hate speech lawwhich calls for yet more censorship due to “hate speech.”

“Hate speech” is just an excuse for censorship, however there was a twist this time: we supposedly need even more hate speech laws to protect the American public against … wait for it … the evil Russians who “planted fake stories” that would “go viral.” Hmmm … OK.

So we need to gut the First Amendment (specifically freedom of speech and freedom of the press) to fight the Russians. Use a concocted external enemy to gain more control. Sounds like a page from Tyranny 101. By the way, did you know that the author of that article is Richard Stengel, former State Department official, Time Magazine editor and Atlantic Council distinguished fellow? Yes, another system server.

Whether it’s fake news, hate speech or other deceptive means, free speech is under attack. In a recent survey by the Campaign for Free Speech, 51% of Americans agreed that “The First Amendment goes too far in allowing hate speech in modern America and should be updated to reflect the cultural norms of today.”

The point is that there are already laws on the books for incitement to violence, so there is no need to introduce vague terms like “hate speech” which easily be manipulated to fulfill the censor’s dreams.

But how many people realize this?

The Official Word: No Evidence

The Mueller Report, officially titled Report On The Investigation Into Russian Interference In The 2016 Presidential Election released in March 2019, stated this:

“[T]he investigation did not establish that members of the Trump Campaign conspired or coordinated with the Russian government in its election interference activities.”

“[T]he evidence does not establish that the President was involved in an underlying crime related to Russian election interference.”

“And the investigation did not establish that one Campaign official’s efforts to dilute a portion of the Republican Party platformon providing assistance to Ukraine were undertaken at the behest of candidate Trump or Russia.

“The investigation also did not establish that a meeting between Kislyak and Sessions in September 2016 at Sessions’s Senate office included any more than a passing mention of the presidential campaign. The investigation did not always yield admissible information or testimony, or a complete picture of the activities undertaken by subjects of the investigation.”

The Senate Intel Report On Election Interference (Volume 1), released in July 2019, concluded several times that it simply didn’t have the data or evidence to substantiate the Russian interference claims:

“The Committee has seen no evidence that any votes were changed or that any voting machines were manipulated.”

“Assessments about manipulations of voter registration databases are equally hampered by the absence of data.”

MSM: Conspiracy Theories are Bad – Unless We Propagate Them

In the West, we have seen massive and widespread censorship in recent years, thanks to Big Tech purging alternatives viewpoints from its platforms and the proliferation of political correctness. Part of this censorship purge has included the demonization and targeting of “conspiracy theories.”

Then, there is the individual denial of top politicians, e.g. Clinton’s denial that she lost to Trump due to her corruption and crimes, and Trump’s denial of reality that manifests in his lies, contradictions and self-aggrandizing behavior.

In this outstanding interview, journalist Aaron Mate interviews his father Gabor Mate (expert on mental health and addiction) to discuss the psychology of RussiaGate. Here are some key quotes from the interview:

“What does it say about American society that so many people are actually enrolled in believing that [Trump] could be any kind of a savior? What does that say about the divisions and the conflicts and the contradictions and the genuine problems in this culture? And how do we address those issues?

“You can look at that. Or you can say there must be a devil somewhere behind all this, and that devil is a foreign power, and his name is Putin, and his country is Russia. Now you’ve got a simple explanation that doesn’t invite you or necessitate that you explore your own pain and your own fear and your own trauma.”

“[T]he foreign narrative is an easy emotionally easier way to deal with it … We don’t know that [the Russians interfered]. But we don’t know that they didn’t either. Let’s assume that they did. Which is the greater assault on American democracy? The fact that the Russians leaked the document? Or that the American national Democratic leadership deliberately tried to marginalize one of their own candidates?”

“So given the line supported by Mueller led to the deaths of several hundred thousand Iraqi people and thousands of Americans, and has incurred costs that we all are fully aware of in terms of rise in terrorism and embroilment in multiple wars and situations, it takes an act of powerful historical amnesia for people to believe that this man is going to be our savior.”

“America, if you can judge by its TV shows, is very much addicted to the good guy/bad guy scenario. So that reality is not complex. And it’s not subtle. And it’s not a build up of multiple dynamics, internal and external. But, basically, there’s evil and there’s good. And evil is going to be cut out by the good and destroyed by it. And that’s really how the American narrative very often is presented.

“Now, the same thing is projected into politics. So now if there’s a bad guy called Putin and his puppet called Trump, then there has to be a good guy that is going to save us from it. Some guy on a white charger that’s going to move in here, and is silver haired, patrician looking man who’s going to find the truth and rescue us all, which again is a projection of people’s hopes for truth outside of themselves onto some kind of a benevolent savior figure.”

“So this Russiagate and this ignoble end to the Russiagate narrative, it’s a disillusionment for a lot of people, but that’s a good thing. If they say, okay, I had this illusion, this illusion I no longer have, which means I’ve been disillusioned, now I can actually look at the truth. So it’s good to be disillusioned.”

Israeli Interference: The Biggest Denial of All?

American denial is stark. From one perspective, it beggars belief that US leaders should even have the audacity to accuse another country of interference given the long US history of coups, assasssinations, regime change wars and installations of tinpot dictators. However the biggest denial of all is how Israel controls the US from top to bottom.

AIPAC is the most powerful US lobby; it buys politicians of all colors, stripes and districts; it controls the press to greatly influence whether a particular politician will get elected; it demands politicians sign the pledge (pledging to always work on Israel’s behalf) as Cynthia McKinney revealed; it spies on its supposed ally the US all the time; it extracts more money in foreign aid from the US than any other nation ever has; and it ensures all criticsim of Israel is silenced via the manipulation and weaponization of the definition of anti-semitism.

Israel has totally infiltrated the US. The Israeli dog wags the American tail, but everyone is either in denial or too afraid to talk about it.

American denial underpins a lot of what what drives US politics. As with anything, accepting the truth and accepting reality are the basis of changing things for the better.