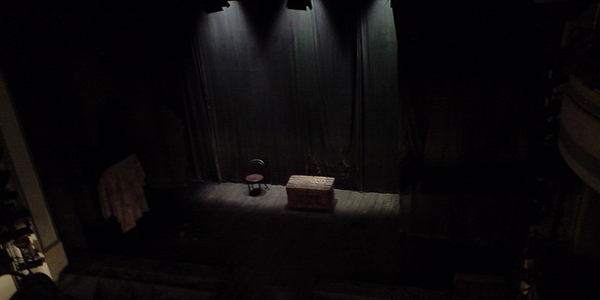 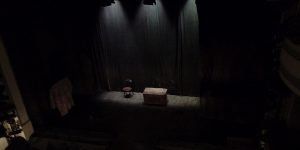 Consider that everything happening on planet Earth is an enormous stage play.

And even more deeply, what is the role of Self, the individual, in this play?

The key phrase is “in this play.” Because most people are, indeed, inside the play. They have roles. They may not be aware of the parts they’re playing, but that doesn’t change the situation or the dilemma.

How unusual would it be if, in a theater, in a city, citizens were led on to a stage to audition for parts—and the director said, “Well, we want you in this production, but we can’t show you the script. We can’t tell you your role. You’ll just have to feel your way along. Trust us, we know what we’re doing. And by the way, you’ll be playing your part for the rest of your life…”

Self doesn’t want this arrangement. Self wants something else, a way to see what the play is, a way to climb out of it.

Where to start? How to begin? What is the exit strategy?

That strategy depends on imagination. It can’t go anywhere without it.

The long-running Earth stage-play has severe limits. It tries to impose its energy-depleting plot-lines on Self.

But with imagination, a person can conceive of a new play, and create it, and centrally participate in it.

In fact, Self has been waiting for just such an opportunity. The cells of his body and brain, his thoughts, his energies have been waiting.

However, waiting doesn’t do it.

Connecting with one’s own imagination does do it. It initiates a cascade of ideas and emotions, which in turn feed back into imagination, making it even more powerful.

A new stage-play can come into being.

This is why I developed many imagination exercises and techniques for my collection, Exit From The Matrix.

Imagination is the source of possibilities which don’t yet exist, but could.

Imagination doesn’t feel hemmed in by what already exists.

A person, inspired by his own imagination, looks beyond his own present circumstances to inventing a larger future.

Imagination doesn’t ask for lengthy explanations. It just asks for a vision based on the desire for a great adventure.

The present becomes a platform from which to change reality.

Imagination says, “I understand you’re looking for different circumstances, and also looking for a different scope of operation. All that is possible.”

The individual has the capacity to re-energize his life by inventing a new future, and imagination is the key.

The permanence of the “ongoing stage play” and a person’s enduring role in it is an illusion.

Imagination proves that and proves that the beginning of liberation is just a moment away.