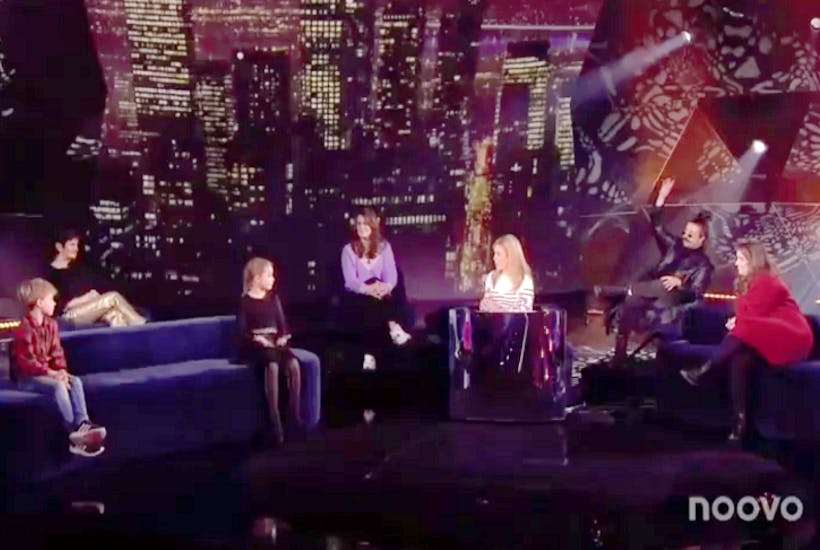 A disturbing piece of footage went viral last week on social media. Originating in Canada, a Quebec talk show aired a segment that interviewed children and asked them what they thought of unvaccinated people.

Host: ‘You, are you vaccinated?’

Young girl: ‘Yes, we both have one dose.’

Host: ‘Are you in favour of mandatory vaccine?’

Teacher: ‘It looks like I drill them…’ The teacher then nods her head vigorously as if to suggest that is actually what happened.

Host: ‘What should we do with the people who don’t want the vaccine?’

Young boy: ‘We should call the police!’

Young girl: ‘If they don’t have the vaccine it can make a lot of people in danger. So like, what the government does right now, we should cut everything from them – little by little – until they submit and get vaccinated.’

Host: ‘It looks like we got some future politicians here.’

The coldness with which this interaction took place gave many a rare moment of pause in a pandemic full of cruelty and absurdity.

Children do not come up with clinical opinions on their own. As implied by the teacher, this sort of rhetoric is the product of brainwashing within the school system. Instead of teaching children how to read and write, activist teachers have increasingly taken it upon themselves to turn children into political tools – sharpening their minds in a soulless direction as so many terrifying regimes have done in the past.

This young girl, who could not be more than ten, has no comprehension of what her demands actually mean. Her coached opinion translates in her mind to something ‘good’ because she is rewarded academically for repeating it. She would also be unaware that the likes of Stalin, Mao, Hitler – along with modern leaders Xi Jinping and Kim Jong-un – rear children with unconscionable beliefs, ensuring they grow into mindless enforcers unable to question the horror they inflict as adults.

The message these children have been hounded into regurgitating is awful. If you are healthy but unvaccinated, people should call the police on you. Society should look you up in your home and take everything away from you until the sheer weight of loneliness and poverty forces you to comply with the will of the state. For a young child to have these thoughts is a tragic report card on the sickness living within modern society.

This particular footage came from the Noovo talk show La Semaine de 4 Julie hosted by Julie Snyder. Earlier, in July of the previous year, the show ran a classroom segment showing the same children repeating almost identical lines. People were so upset by this recent incident that a petition was set up to cancel the show, which forced Snyder to issue an apology via Tweet.

‘Last Tuesday I made a mistake by asking children what they thought of vaccination. I apologise to those who have been offended by this. I’m very sorry about that. XX Julie.’

Synder failed to understand that it was not the question that audiences found offensive, it was the authoritarian infrastructure on display that led a child to the stage to parrot hate speech on behalf of the government.

Let’s not forget this is the same Quebec that has introduced a ‘health tax’ (a periodic fine) on the unvaccinated – essentially punishing people for being healthy. The government has already crossed the line of decency, with reports coming in of an unvaccinated father losing the right to see his 12-year-old child. A Canadian judge ruled that it would not be in the child’s ‘best interest’ to continue having contact with the father unless he gets vaccinated. This decision was handed down despite children having more risk from the common flu than Covid and vaccination failing to prevent transmission.

Are these legal precedents based in merit – or politics? If reality doesn’t matter to the law, then the law has no boundaries at all.

Children do not exist to serve as mouthpieces for hate. A moral society protects its children from politicians. Instead, democracies across the West are allowing kids to grow up believing that absolute compliance is fundamental to being a good citizen, and if they don’t comply – they will die.

What happens when these ‘Covid Youth’ grow up?

One thought on “The terrifying Quebec ‘Covid Youth’”