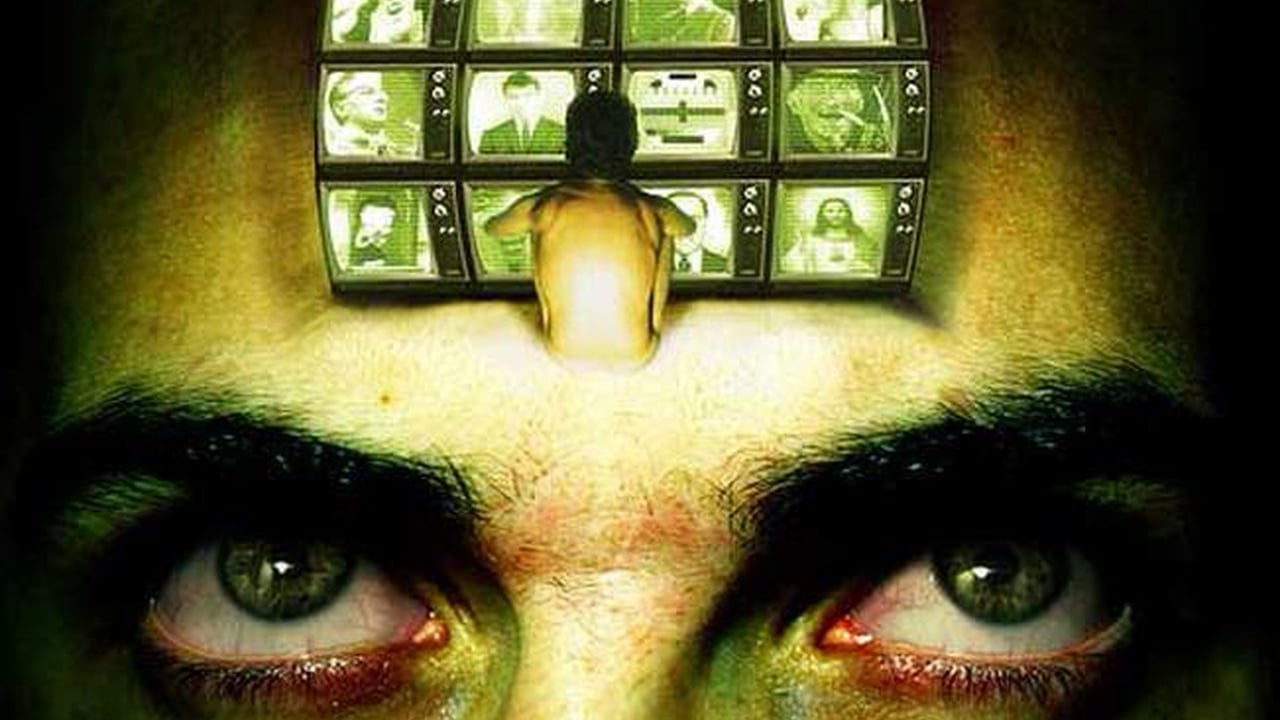 If anyone takes a really good look at our world today they surely can hardly deny that there is something wrong with this picture. How many people question our state of evolution and its professed history? Unfortunately we can be programmed to view a negative existence as normal or natural. If we can observe these undesirable elements and recognise them as not part of a properly evolving world, then we can be sure the more realistic situation is one which is much worse. That is, the discrepancies are much greater. Programming can not only successfully brainwash anyone to think this way but can also underlie the most fundamental level of existence itself.

If all humans were born with one leg, this would appear normal—nothing strange about it. Nevertheless the inevitable mavericks, or individuals who manage to gain temporary freedom from the programming, would point out that two legs would be much better than one; or even bolder, that we had two legs at one time. Amazingly we would still find significant opposition and ridicule, for instance, that one leg would get in the way of the other.

If we imagine now we have an instrument and we are making measurements, the first step is to check the zero point. Is the pointer on zero? This zero is the reference, or context for all measurements. All activities of this one-legged human are accepted relative to their own context, which we picture as the zero point from which all reads are referenced. All those countless ‘reads’ form an established structure of existence. But then someone comes along and shows that all along, since the beginning of the one-legged species, the zero point on the instrument has been tampered with. It was altered without anyone knowing—strictly, without anyone remembering.

If someone had previously changed the scale so that the zero was moved up 2 units with corresponding disguised changes in the whole scale, then clearly the final reading will be in error by 2 units. If, say, the reading was 5 after the alteration, then the correct value should be 7, since the zero is now 2 units but hidden. All readings are ‘wrong’—but correct relative to their ‘believed’ reference. Thus someone eventually identifies the true reference for this species—when the correct zero is set the species begins to realise it should have had two legs.

The more one studies the nature of this planet, and the activities and evolution of the many species on it, the more one will realise that it has had its ‘zero point’ changed (mutated, distorted).

Geneticists are amazed that they are completing their work on the human genome ahead of time; that the work in identifying and understanding the DNA is nearly complete. Unfortunately this is not the case. In fact an understanding of the DNA is only just beginning. Those so-called ‘junk’ or blank regions of the non-coding interons in the DNA are in fact regions of high potential information that relate to more evolved states. However, it doesn’t mean as a human species we haven’t yet attained these developments in the DNA. On the contrary, it means these junk regions are heavily mutated and that we have in the distant past functioned with a much more advanced DNA. As we evolve out of this distorted condition—faulty zero—geneticists will find that molecules begin to appear in these junk areas adding new base pairs and increasing the basic coding from 4 gradually to 12. The number twelve is intrinsic to the basic geometry of this universal system, which operates on geometric intelligence.

Now think for a moment about our so-called natural world. Virtually all life forms are in competition. Survival is essentially achieved by killing life and eating dead bodies, accompanied usually by horrendous violence. There is emphasis on survival of the fittest, natural selection and, in particular, onself. There is winning at the expense or loss of others. Fear is a principal emotion. Even when each of us steps out of our homes any time, the first perception we usually have is of birds—even over considerable distance in most cases—flying away, or small creatures scurrying for safety. Something which is totally taken for granted.

Suppose that the more normal condition is for evolution to produce a symbiotic relation between all life forms. What little symbiosis exists today is either for aiding predatory activity or defense from predation. But let us give further ‘shocking’ examples of negative alterations in our evolution. The Guardian Alliance material brought in by Ashayana Deane shows detailed technical diagrams of how the complex time cycles of our cosmic matrix function, merkabas within merkabas (double helix spirals) and cycles within cycles, like a beautiful complex clockwork mechanism. It also shows clearly how the ‘Beast’ technology (see Cosmic Map article) distortions have caused the tilt of the Earth, 23.5 degrees, which in fact gives rise to our seasons (not considered unfavourable by many), but more dramatically the subtle and slow Earth wobble is also a product of these misalignments/mutations. This wobble causes a resultant Earth cycle of 25,924 years called in astrology the Precession of the Equinoxes and giving rise to the Zodiac signs. Now we can begin to understand the phrase ‘to be controlled by the stars’. Not meaning this is not true but that it has a nefarious origin and purpose. Furthermore, the Earth apparently orbits the Sun 360 times per year. That is, a multiple of 12, the basic number for this time matrix. Also that there were once 12 planets in the solar system. Thus we see that even our star system is ‘mutated’ and therefore out of alignment, preventing a proper evolution of living species and the planets.

Whether one can believe it or not our conclusion is obvious: that all creation on this planet, life, existence, consciousness, is based on distortions in blueprints and extreme mutations in DNAs. One might ask why isn’t there more evidence of how this perpetration was accomplished? Surely history would have more clues. Yes, it would except that there are methods of deception which have been highly successful in manipulating the human race’s awareness of the evidence.

How does one erase evidence or conceal information from a civilisation to rewrite its history? The first and obvious way is to remove truths from appropriate sources, scriptures and the Bible, and archives in general. There is considerable evidence for the destruction of information in our history.

There are also more cunning procedures. A really effective one is through mythology, or any dubious stories of religious or mystical significance, which have been made familiar to all. In effect, stories which some people believe and some don’t. This is one of the most successful means of rendering vital truths permanently hidden; to alter the truth and adjust its intellectual or scientific context, and to give it naivete, ambiguity or improbability.

One might even wonder why mythology is given such attention in education. This method of concealment involves informing everyone of the misinformation; thus if one uncovers any real truths they will be ridiculed and the discoveries relegated to their corresponding mythological format. We are particularly referring to historical accounts of so-called gods as a cover for extraterrestrial visitations. Though we shall discover many historical events and features of our past that come into this category, notably such ‘myths’ as: Noah’s Ark, King Arthur and the Round Tables, the original sin, the Beast, the 666 sign, the crucifixion, etc. Our history has been brilliantly rewritten.

A further deception is to trick the mind into thinking it has complete information on a subject and thus does not question what is missing. For example, if someone described the interior of a room to us giving details about the wall paper, carpets and many items in the room, including maybe a chair, and this was repeated many times, adding more, but there was never any reference to the table, bed and wardrobe or whatever, one would build up a mental image picture—a programmed context—never suspecting or imagining these latter items to be present. Channelling from unenlightened ETs with intent to deceive do this. They may give us a great deal of valid information but blatantly omit vital knowledge—which of course relates to their sinister agenda.

Another very efficient deception which is used when their cover (for example, ETs, Illuminati, Secret Government) has been threatened, such as conspiracies being exposed, or secret documents published, and people are believing this information, is to make known similar secrets which are in fact a complete fabrication, but intended to be found out. This is very common on the Internet. If Secret Government documents are exposed, all they have to do is pose as a source, incriminating themselves but to make sure it is then proved false, which it is. The public, already programmed with a psychology which causes them to generalise from the specific, and possessing fear of gullibility, readily now believe that all such information must be false. Thus minds have been manipulated and secrecy has been preserved.

Another more natural factor is of a paraphysics nature which leads to previously undiscovered remains—not readily accepted in our 3D science. Some past civilisations on this planet would have been operating in a higher-frequency spectrum. Difficult though this is to imagine with our materialistic and linear programming, it means evidence of these civilisations is simply not material or available to physical perceptions at this time.

In general, the deception process is of course highly augmented by continuous mind manipulations, including subliminal programming throughout our history. However, the indications are that the final conflict is due, which will determine the distribution of ‘territories’ within the realms of both the spiritual and the material, and how every individual stands in relation to his or her spiritual status and heritage.

6 thoughts on “The Ultimate Deception- What Happened To Humanity On Earth?”