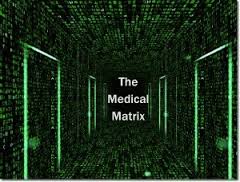 “Part of the vaccine covert op involves turning humans into social constructs who can only think, in the most shallow terms, about ‘protecting the group’. Such people would lose any semblance of individuality, as well as the ability to analyze vaccines and understand what harm they do.” (The Underground, Jon Rappoport)

In the vaccine research community, it’s an open secret that the Rockefeller Fund, the UN, and other groups have been backing the development of vaccines that function as agents of population control. This work has been going on for decades.

Through which vaccine? Tetanus, for example, which is given with the diphtheria and pertussis vaccines in a one-shot combination.

The combination has a number of names (and the contents of the vaccines may vary to some degree): DPT, DTP, DTwP, DTaP, Tdap. Tdap is the version currently recommended by the Centers for Disease Control.

Note: The recently mandated vaccine bill (SB277) that passed in California lists the tetanus vaccine on its schedule of shots that must be given to every public and private school child.

Here, from BBC News (13/10/2014) is a bland denial that there is a serious problem with the tetanus vaccine. “Kenya Catholic Church tetanus fears ‘unfounded’”:

“Kenya’s government has dismissed allegations made by the country’s Catholic Church that a tetanus vaccine can cause sterility in women.”