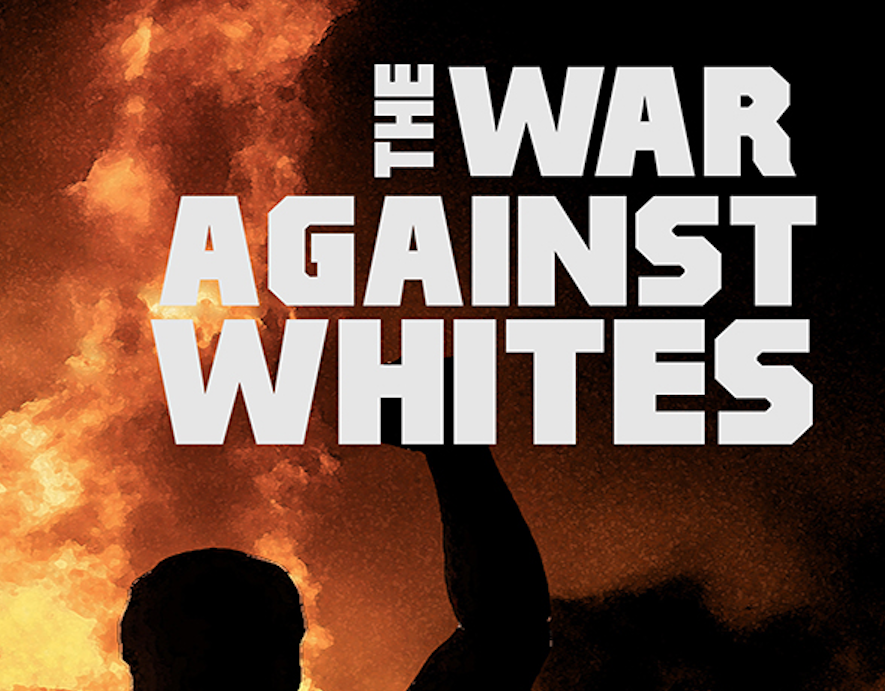 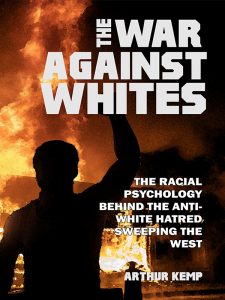 A dramatic and penetrating study which reveals that the Black Lives Matter ideologues do not seek “racial equality” but rather the total destruction of whites and their civilization—and are driven by a deep, underlying mass psychosis which falsely blames white people for all problems encountered by nonwhites trying to fit into a First World society.

Dealing forthrightly and fearlessly with the unalterable genetic traits—IQ, character, psychology, and behavior—which are the true causes of racial disparities in crime, socioeconomic status, education, and health—this book conclusively refutes the claim that “systemic racism,” a code word for “blame whitey,” is the cause of nonwhite failure to achieve parity in white nations around the globe.

This biologically predetermined imbalance in outcome causes huge psychological stresses upon all groups, and manifests itself in nonwhites blaming whites for everything, manufacturing hate crime hoaxes at the rate of one every five days, and an ever-growing plethora of self-justifying lies and invented history, all of which could be alleviated by the simple solution proposed in the book’s conclusion: physical geographical separation.

Starting with a complete review of the George Floyd incident—which, using medical and scientific records, conclusively shows that Floyd died from a narcotic overdose and not police restraint—this work then moves on to:

– Dissect the myth that police in the US are “killing blacks,” showing that, in proportion to vastly differing racial arrest records, more whites than blacks are killed by American police—and that almost all incidents are linked to criminal activity;

– Show that blacks are being shot down and murdered en masse in the US—but by other blacks, and not by “racist whites. However, when blacks do the killing, “black lives don’t matter” and there are no protests or mass media coverage;

– Show through a thorough analysis of official crime records in the US, the UK, the Netherlands, France, Sweden, Germany, Austria, Norway, Australia, and South Africa, that in fact whites worldwide are overwhelmingly the victims of nonwhite criminal attacks, and not the other way around, as the Black Lives Matter lobby alleges;

– Analyze—and reject—the claim that “poverty causes crime” by showing that the poverty distribution among racial groups in the US does not match their respective crime rates. It shows, through statistical evidence, that poor whites do not commit crime to the same level at which poor blacks do;

– Provide a complete and thorough refutation of the “environment causes behavior” argument, showing conclusively that behavior is linked to intelligence; and that the vast intellectual differences between the races are the reason for different behavioral patterns;

– Shows that low IQ has been conclusively linked to crime rates—among all races—and that, because of the racial IQ distribution, those races with average lower IQs will automatically have a larger number of criminally-inclined individuals;

– Shows the link between schizophrenia, the MAOA “aggression gene,” and violent crime; and that these inherited traits are unevenly distributed between the races, causing a further behavioral pattern which reflects in a higher crime rate. All these factors—IQ, schizophrenia, and the MAOA gene, are the reason for racial crime rate differences, not “environment “ or “systemic racism”;

– Analyze the psychology behind the nonwhite desire to emulate the European aesthetic norm by using skin lighteners, hair straighteners, wigs, and in Asia, widespread plastic surgery to “look white.” Scientific studies are cited to show that it is not whites “telling nonwhites “ to do this, but rather a subconscious association of lighter looks with social success;

– Review of how racial demographic change inevitably results in differing interpretations of history, and how “black history” is being invented to replace white history as this change takes place. A culture is only preserved when the people who created it are preserved intact within their own geographic area;

– Reviews the true history of slavery in America, showing that blacks in fact bear greater responsibility for the inhumanity of the slave trade (because they were the ones who sold Africans into slavery, and, incredibly, proportionality to their population size, owned far more black slaves than did whites in colonial America). Also included is a review of the 1,300-year long Arab/Muslim slave trade, and how that system was responsible for far greater numbers of blacks being enslaved. In addition, the Arab/Muslim slave trade also enslaved 2.5 million whites—more than the entire number of blacks transported to North America. But “reparations” are only demanded from whites, never from the Muslim world—showing the anti-white focus of such claims. Lastly, whites do not blame Muslims for whatever social ills they may have, unlike blacks in America, who blame whites;

– Reveal the IQ—and therefore the unalterable genetic—basis behind racial inequalities in educational attainment, income and poverty levels, unemployment, and health. All of these are blamed on “systemic racism,” that is, “white racism,” but in fact, as the science shows, these disparities have nothing to do with white society, but rather innate biology;

– Reveal how whites are blamed for all problems experienced by nonwhites, including criminality, educational failure, black infant mortality, and, absurdly, even nonwhite obesity levels. All the claims are revealed as false;

– Delves into the psychology of “hate crime” hoaxes which are perpetrated at the rate of one every five days in the US; and reveals that the basis for this bizarre phenomenon lies in a nonwhite mass psychosis of anti-white hatred brought on by a failure to achieve promised “parity”;

– Reveals that the establishment, far from being “systemically racist” against nonwhites, in fact actively discriminates against whites on a social, economic, and political level, giving nonwhites the advantage through affirmative action, “minority set-asides,” and job reservation. Nonwhites have their own racially based organizations by the score, but whites are denied any. The establishment celebrates “black history month” but decries “white history month” as racist;

– Shows how the Great Replacement—the physical dispossession of Europeans from their traditional homelands through mass Third World immigration—is a reality and that, unless halted, will lead to the extinction of white western European civilization;

– Finally, provides the only solution through which racial conflict can be avoided and all cultures can exist in peace and harmony: through physical geographical separation. Such a system will benefit whites and nonwhites alike, as all groups will be released from the physical and psychological stress of having to compete on an unfair basis in multi-racial states.

With 473 footnotes, this 290-page work is fully referenced from authoritative sources only, including dozens of scientific papers and studies. It contains 79 illustrations, three tables, and is fully indexed.

Chapter 5. Poverty: Does it “Cause” Nonwhite Crime?

Chapter 6. Behavior: A Product of Race, Genetics, and IQ

Chapter 7. The Criminal Mind I: The Link Between Low IQ, Race, and Crime

Chapter 9. The Psychology of Envy: Why Do Blacks Straighten Their Hair?

Chapter 10. Pulling Down the Statues: Race, Demographics, and History

Chapter 11. Slavery: Who Owned Whom?

Chapter 12. Racial Disparities—Why They Persist No Matter What