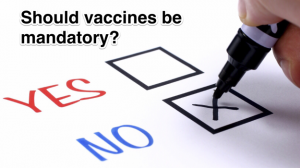 Australia has become a very hostile place for the healthy, natural Aussie family. Since the laws about forced vaccinations came into the spotlight last year and the start of the legislation this year. The propaganda machine has been running at full force. The hatred towards families that choose not to vaccinate has been increasing with every article. The fear mongering is taking on monstrous proportions. And everyday Aussie families are being taught that their children will die if they come in contact with unvaccinated children.

Where does this hatred and intensity come from? It seems that the Murdoch owned News Corp. Ltd. is responsible for a lot of the stories and headlines that divide the country. This is obviously nothing new as the Murdoch media all over the world is infamous for creating headlines that are supposed to incite hate and division.  Many of the latest anti-vaccine headlines were from News Corp Ltd. Murdoch’s henchman were also responsible for the ridiculous 2-page Herald Sun article that tried to debunk facts (or as they called it myths) of the anti-vaccine movement. 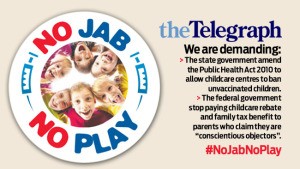 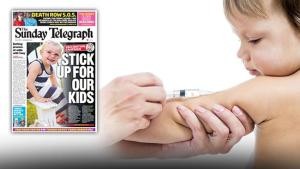 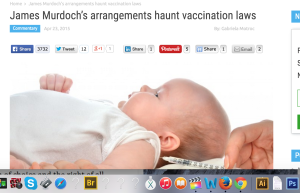 News Corp. Ltd. are not the only ones that have been jumping on the pro-vaccine wagon. Fairfax media has been putting in ridiculous claims and stories as well through their numerous outlets. However they have been slightly more civilised in their approach if compared to the Murdoch owned outlets. The most disgraceful attacks come from a blogger under the name of Reasonable Hank. Thought to be Ken McLeod and some other sceptics that have taken it up themselves to expose anyone or anything that might be pro choice in the vaccination debate. Reasonable Hank has exposed numerous health care workers that just happened to have an opinion. Posting absolute rubbish next to hate inciting personal information and pictures. Accompanied with links to the official complaints departments of these health officials. Trying to get them fired for their opinions and attacking them for exercising their freedom of expression. Reasonable Hank has been attacking anti-vaccination activists, chiropractors and health sector employees that are brave enough to stand up for their opinion for years. Reasonable Hank is closely affiliated with the Australian Sceptics. A group that is opposed to non- science based groups and paranormal and natural based solutions. They have a large budget and are funded well. Most likely by health sector and pharmaceutical companies. They have been using their influence within the government, the corporate world and even law enforcement to their advantage. The climate created in Australia by these people and companies has been a cloud hanging over the heads of people just wanting to have a choice when it comes to their families. The fact that Australia doesn’t have a scheme in place to compensate people that have been affected by vaccine injury shows how dire the situation is. Take for example the Hammond Family from Western Australia. They had a premature baby and the parents were made to have the DTaP vaccination. They were told by medical staff they would be unable to see their newborn if they didn’t have it. The Hammond’s agreed and  about a week later the father was a paraplegic. They have proof of this injury being linked to the vaccination but because of a “no-fault scheme” not existing in Australia they have been in severe financial and emotional stress since. Not to talk about the attacks by pro-vaccine bullies that have created an unbearable hostile environment for the family. Not to mention an assault and a police raid that the family had to deal with. The Hammond family is just one of many Australian families that live with vaccine injury and adverse reactions everyday. 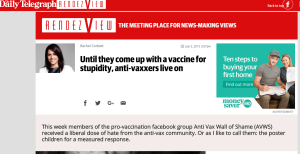 The pro-vaccine lobby has a great network that uses their friendly doctors and experts to shut down the debate anyway they can. A few days ago a poll was posted in a pro-vaccine article on the website of the Medical Journal of Australia. The poll was simple. Yes, it’s about safety. No it’s about choice. The poll was closed down when the “No” reached 70%. According to the MJA website because the poll was targeted by an anti-vaccine Facebook page. Why would it be that anti-vaccine pages are not allowed to fight for their opinion. Why is it that when a poll is going towards something else then what the article was portraying. It is shut down. That’s censoring?

,However the biggest problem for the pro-vaccine lobby is a PhD thesis by Judy Wilyman a professor at the University of Wollongong. This thesis scientifically proofs that there are problems within the vaccine industry. It scientifically proofs that there has been fraudulent links between the World Health Organisation, the Australian government and the pharmaceutical industry. Even if most of this is up for debate, which the University and Judy Wilyman’s professors think it isn’t. It poses a major threat to the sceptics, Hank, the government, the media and the pharmaceutical companies. It shows that there is a definite debate regarding vaccines. It shows that the science is not in. The media tried to close down the debate straight away and attacked the university and professors involved and the sceptics launched an attack on the Facebook page of the University. However the University and the professors responsible for approving the thesis have been strong and stayed put. Not letting the avalanche of bad publicity and name calling change their mind. The debate is alive and well and without completely putting aside this scientific thesis it will be impossible to hold on to this notion of “The Science is In” and “There is No Debate”.

Prime minister Turnbull should have a good look at the fascist legislation his government has put in place and think about the consequences this legislation can have for everyday Australians. It completely interferes with basic rights and freedom of expression, medical treatment and choice. As for Victorian prime minister Daniel Andrews it is not much different. His catch phrase was “The Science is In”. Which in itself is a ridiculous statement. But now that there is science that shows that the science is not in. It is time that he changes his tone.

The mandatory vaccination laws in Australia have awoken many people that were never politically active. Including myself. The laws have made us having to connect, create networks and find ways to fight this discriminatory legislation. Our fight has just started and no media mogul, newspaper, blogger or sceptic will stop this movement now.

We are here to stay.

One thought on “The War On healthy, Natural Aussie Families”