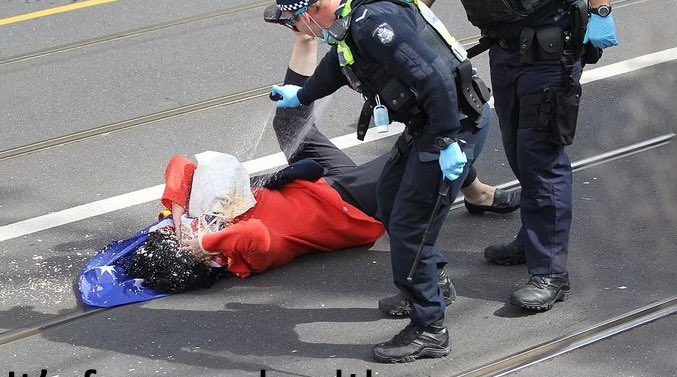 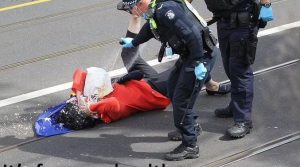 As someone who has never visited Australia and has never had close long-term relationships with Australian people, it would be easy to argue that I do not sufficiently understand the country to pass judgment on the shocking scenes and reports that have emanated from across the country in the past weeks and months.

Yet as someone who hails from a fellow commonwealth country (the United Kingdom), I do understand Australia well enough to know that what has taken place in this former colonial outpost is neither normal nor acceptable. In fact, the behavior of the Australian government and its security apparatus has openly violated the most fundamental rights of its citizens.

Australia has long been recognized as one of the world’s most stable liberal democracies, operating under a federal parliamentary constitutional monarchy with significant devolved powers to its six states and 10 territories.

It is a developed country that has always ranked highly in everything from education to civil liberties, with a U.N. study back in 2015 determining it as the country with the world’s second highest quality of life, ahead of the likes of Switzerland and Denmark surpassed only by Norway. 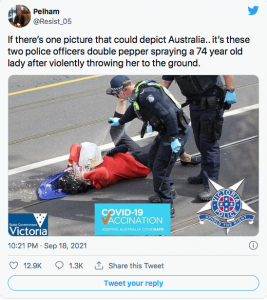 So what has gone so badly wrong? Australian authorities have weaponized the pandemic as an excuse to create an authoritarian biosecurity state, even though their motivations for doing so remain unclear. Despite recording just over 1,000 deaths from the pandemic, the severity and length of their lockdowns has shocked observers around the world, with the country more closely resembling an authoritarian state than a liberal democracy.

In some regions, authorities are even creating an Orwellian system of facial recognition and geolocation tracking in order to enforce 14-day quarantines for both domestic and international travel. Predictably, they are planning the introduction of vaccine passports, meaning those unwilling to take the jab will effectively become second class citizens within their own country. Children as young as five will also be forced to take the vaccine, despite scant evidence there is any benefit to them doing so.

Many Australians are also being prevented from seeing their relatives amid wide reaching bans on both domestic and international travel. Thousands of people are currently trapped abroad, with no exceptions made even for those with dying family members. Then there is the incalculable damage of the country’s economy, with the lower classes predictably being hit the hardest. This all at the behest of the Prime Minister Scott Morrison, a man who somehow has the gall to call himself the leader of the “Liberal Party of Australia.”

Meanwhile, protests have been met with brute force by security forces, the majority of whom seem oblivious to any notion that their response may be heavy handed. On Saturday, police arrested another 270 people following another day of nationwide anti-lockdown demonstrations, with shocking images of violence circulating across social media.

This all in a week when the Australian government announced a partnership with both the U.S. and the U.K. in a strategic pact aimed at curbing the growing threat of Chinese communism. Although such a move is undoubtedly commendable, it is somewhat ironic given that in China, where life has largely returned to normal, the Chinese people currently have more freedom than their Australian counterparts.

Australia is meant to be one of the leaders of the free world and must therefore be held to even higher standards than countries with a history of despotism. Whether this comes in the form of boycotts, diplomatic warnings, or even targeted sanctions against the responsible officials, a very simple point must be made; the free world will not stand by in silence as the human rights of the Australian people are so aggressively undermined.