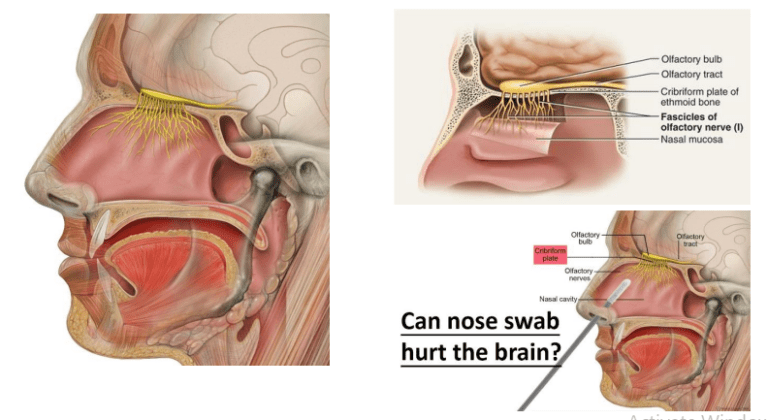 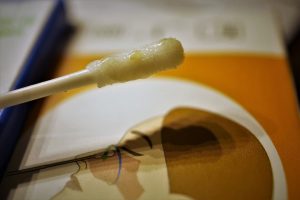 Under The Cover of Covid There’s a Deliberate Three-Pronged Attack on Our Health and Our Lives Using Test Swabs, Face Masks and Toxins

Kevin Galalae has published his research in a document titled: PCR Tests and the Depopulation Program. He concludes “the coronavirus blamed for countless deaths real and imagined is a political fiction. The symptoms attributed to Covid are caused by a deliberate three-pronged attack on our health and lives by our own national and international authorities.”

The deliberate three-pronged attack is summarised as follows:

Kevin Galalae is a Canadian human rights activist, author, journalist and historian.  He has authored numerous books including Killing Us Softly: The Global Depopulation Policy.  As an activist, Galalae has many notable accomplishments including matters in the United Kingdom, European Union and United Nations and is an ardent defender of a free World Wide Web.  Galalae is also an expert on the topic of the global depopulation policy – also known as Agenda 21, Agenda 2030 or population control. His biography makes interesting reading and, as downloaded from The EveryDay Concerned Citizen, is attached below.

The creator of the PCR test, Dr. Kary Mullis, has stated clearly and on many occasions that the results of the PCR tests can be easily misinterpreted to mean anything.   The PCR testing methodology does not distinguish if positive results are infectious.

Given their invasive nature and the fact that they were never meant for diagnostic but for research purposes, why are they being used as often as possible on the same individuals and on as many people as possible? “Well, now I know how the system is misusing them!” Galalae exclaims and gives his explanation, with links to scientific research, in his twelve-page document: PCR Tests and the Depopulation Program (see attached below).

“The long swab inserted into the nasopharyngeal cavity all the way to the roof of the nose … damages the fascicles of the olfactory nerve, which, as it turns out, has dire consequences for human health and lifespan because the olfactory nerve is one of only two windows in the cranium through which viruses and bacteria can move from nose to brain, thus can cross the blood-brain barrier, the other one being the trigeminal nerve.” – PCR Tests and the Depopulation Program

The olfactory nerve contains sensory nerve fibres relating to the sense of smell.  It is the only cranial nerve that has stem cells – called olfactory ensheathing cells – which enable it to continually regenerate throughout life. They are the cells that protect the olfactory nerve and aid its regeneration in case of damage through age or injury. These cells are so unique that doctors have recently begun using them to successfully repair spinal cord injuries and to treat brain diseases.

Additionally, the olfactory ensheathing cells assist in innate immunity because they are phagocytic and, as such, ingest bacteria. The innate immune system includes all our body’s first line defences such as the physical barriers lining the nose, throat, lungs and gut, as well as the skin. Innate immunity provides broad protection and is quick to react to any threat. The olfactory ensheathing cells are thus a crucial part of the protection provided to the brain.

For adults aged between 57 and 85 years, once the olfactory ensheathing cells lose their ability to regenerate the chance of dying within five years is four times higher.

In the short-term, by repeatedly damaging the olfactory nerve with nasal swabs the incidence of viral and bacterial infections is rapidly raised.  This helps governments create and sustain the impression of a pandemic. The more people are tested the more people are damaged and left defenceless against various infections that are then mislabelled en masse as Covid infections. And, by simply raising the number of cycles in the thermal cycler the authorities get the percentage of positive results they want.

Juliet Morrison, a virologist at the University of California-Riverside, said she believes any test with a cycle threshold over 35 is too sensitive. “I’m shocked that people would think that 40 could represent a positive.”

“And in the long-term, by periodically damaging the olfactory nerve it will lose its ability to regenerate and this helps governments prematurely kill countless people ages 57 to 85, the very age groups governments of the developed world want dead to ease the old-age burden and prevent economic collapse.” – PCR Tests and the Depopulation Program

The trigeminal nerve is a nerve responsible for sensation in the face and motor functions. If the test swab is inserted at the wrong angle and it touches this nerve it can affect the sense of taste and even sight.

“But even inserted at the correct angle, the mucosa of the nasopharyngeal cavity is damaged irrespective of the angle at which the swab is inserted at so long as it is inserted as deeply and rotated as vigorously as required by the PCR testing procedure, especially when the swabs are designed to do as much damage as possible by having serrated tips capable of scratching and damaging as much epithelium as possible” – PCR Tests and the Depopulation Program

After examining various PCR test swabs under a microscope, Professor Antonietta Gatti found that the fibres the swabs contain are as dangerous for human beings as inhaling asbestos.

Ethylene oxide, a well-known cancer-causing substance, is used to sterilize the PCR test swabs. “And since the swabs smear this mutagenic chemical on the mucosa of the nose, which is hypersensitive, it damages our health in unknown ways.” – PCR Tests and the Depopulation Program

“By mandating mask wearing indoors and outdoors, knowing that exhaled air contains numerous bacteria and viruses, the planners are subjecting billions of people to inhale pathogens that the body exhaled from the respiratory tract … Hundreds of studies show that the inside of surgical masks contain greatly increased loads of bacteria and fungi after prolonged wearing and are a source of contamination not only for those wearing them but also for those around them.” – PCR Tests and the Depopulation Program

The latest and most comprehensive study has found that mask wearing by the general population leads to: a drop in oxygen; fatigue; rise in carbon dioxide; respiratory impairment; headache; and, temperature rise and moisture under the mask.

How do the test swabs and masks work together towards the same aim?

Galalae surmises that the test swabs damage the immune defences of the brain leaving it exposed to pathogens.  And then, the masks subject the brain to asphyxiation by depriving it of oxygen and bombarding it with carbon dioxide.  The respiratory center of the brain – which controls minute-to-minute breathing – begins to malfunction and as a result, people have trouble breathing. “The breathlessness (dyspnoea) associated with Covid is therefore not due to lung lesions but to damage to neural processing, thus due to brain damage.” – PCR Tests and the Depopulation Program

“The general population has been subjected to an onslaught of dangerous chemicals through hand sanitisers, whose use medical authorities have mandated for the most mundane activities ever since the plandemic has been started. Methanol is probably the most dangerous and most often found chemical in hand sanitisers … It is known to cause metabolic acidosis, visual disturbances and neurological deficit.” – PCR Tests and the Depopulation Program

Galalae then goes on to explain how the adult population is subjected to neurotoxins – most likely isodecanes and mycotoxins – hidden in body care products, food and drinks (especially beer).

Galalae ends with “this explains, among other things,” and he lists a number of points the below being a few of them, why: