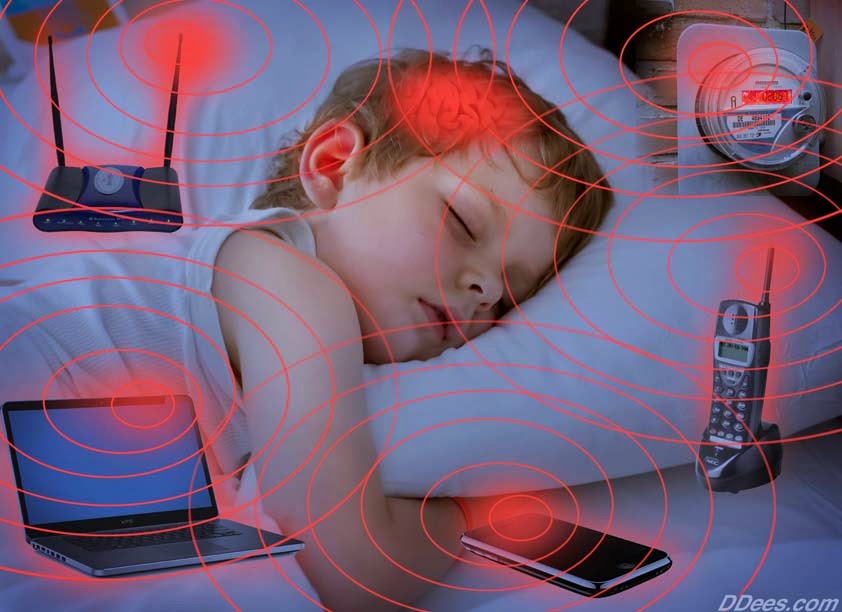 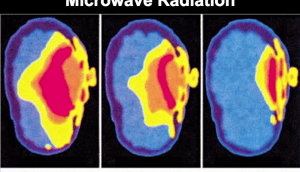 This article only represents a very small fraction of the research regarding the dangers associated with these devices. We encourage you to further your own research, and just wanted to provide a base to let you know that it’s something more of us need to pay attention to.

Did you know that a child’s brain absorbs much more radiation than that of an adult?

Dr. Martin Blank, Ph.D., from the Department of Physiology and Cellular Biophysics at Colombia University, has joined a group of scientists from around the world who are making an international appeal to the United Nations regarding the dangers associated with the use of various electromagnetic emitting devices, like cells phones and WiFi.

Below is a video of him outlining the various dangers associated with these devices.

Multiple studies have revealed that cell phone radiation can cause cancer. Did you know that The International Agency for Research on Cancer (IARC) classified radio frequency fields (including those from cell phones) as a possible carcinogen in 2011? (source)  The dangers of cell phone use gained a lot of mainstream credibility in 2011 when the World Health Organization (WHO) admitted that cell phone radiation may cause cancer. The statement was based off of a cumulative decision made by a team of 31 scientists, from 14 different countries, after reviewing evidence that suggested this to be the case. You can read more about that HERE. It’s pretty startling news, especially given the fact that a child’s brain absorbs much more radiation than that of an adult.

Below is a video of Dr. Devra Davis, who is one of the most well-respected and credentialed researchers on the dangers of cellphones, among a number of other things.

We listen to music with radios. Everybody needs more energy. What could be better than that?

But radiofrequency energy is another word for microwave radiation. If people understood that they were holding a two-way microwave-radiating device next to their brain or next to their reproductive organs, they might think differently about it. (source)

The first cell phone generation is now  growing up, so if you are a parent, hopefully this gives you something to think about. HERE is a great interview she did with Dr. Mercola that is worth checking out as well.

Worrying is pointless, and solves nothing. That being said, coming across such information can be scary, and that’s the last reaction you should have; after all, our thoughts feelings and emotions alone have shown to have a significant effect on our biology, and letting go of fear could possibly be the first step in helping you limit the effect that EMFs could be having on your body.  That being said, here are some others measures you can take:

As Dr. Mercola points out, until the industry starts taking this matter seriously, the responsibility to keep children safe falls on the parents. To minimize the risk to your brain, and that of your child, pay heed to the following advice:

You can measure your exposure from your cordless phone is to measure with an electrosmog meter, and it must be one that goes up to the frequency of your portable phone. As many portable phones are 5.8 Gigahertz, we recommend you look for RF meters that go up to 8 Gigahertz.

You can find RF meters at EMFSafetyStore.com. Even without an RF meter, you can be fairly certain your portable phone is problematic if the technology is labeled DECT, or digitally enhanced cordless technology. Alternatively, you can be very careful with the base station placement as that causes the bulk of the problem since it transmits signals 24/7, even when you aren’t talking.

“If you can keep the base station at least three rooms away from where you spend most of your time, and especially your bedroom, they may not be as damaging to your health. Ideally it would be helpful to turn off or disconnect your base station every night before you go to bed.” – Dr Mercola

The most dangerous place to be, in terms of radiation exposure, is within about six inches of the emitting antenna. You do not want any part of your body within that area while the phone is on.

If you are in a meeting, on public transportation, in a courtroom or other public places, such as a doctor’s office, keep your cell phone turned off out of consideration for the “secondhand radiation” effects. Children are also more vulnerable, so please avoid using your cell phone near children.

So make sure the wire used to transmit the signal to your ear is shielded. One of the best kinds of headsets use a combination of shielded wire and air-tube. These operate like a stethoscope, transmitting the sound to your head as an actual sound wave; although there are wires that still must be shielded, there is no wire that goes all the way up to your head.

Additional options to minimize your risks from dirty electricity, compiled by Paula Owens, M.S. for the Ahwatukee Foothill News, include:13

One thought on “This Is What WIFI, Cell Phones, iPads & More Are Doing To Your Child’s Brain”