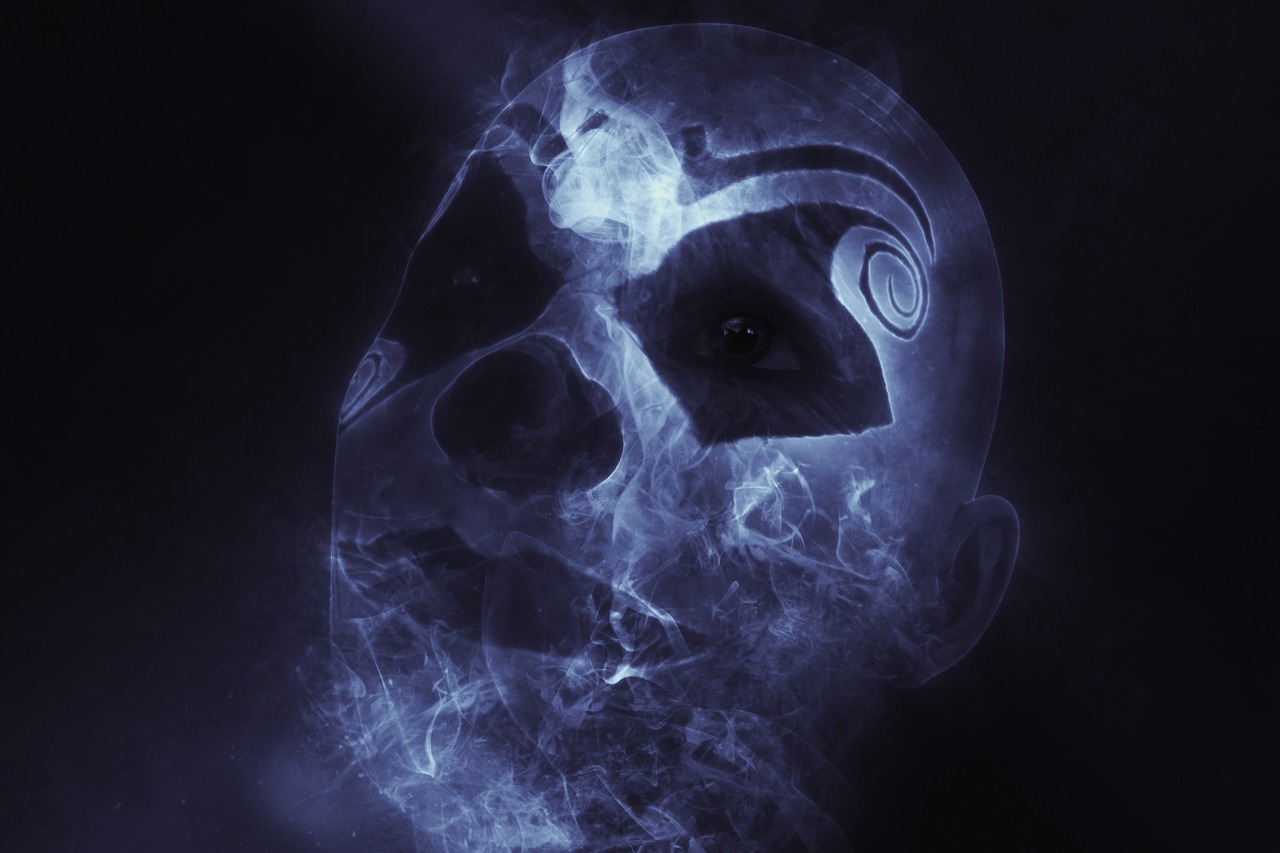 The removal of thought forms and dark entities, either as spiritual parasites, entity attachment or demonic possession, has been advocated and lampooned in spiritual circles for years. Some argue that a belief in evil spirits is a product of mental illness and should be treated by medical professionals. Others maintain that entity removal is a legitimate practice, and that the existence of pathogens in the world, those microbial killers responsible for an untold loss of life before the invention of the microscope, perfectly mirror the existence of parasitic creatures in the spiritual world.

This article attempts to highlight the most common occurrences of negative energy: what they are and how they can be removed. The invisible creatures charted here may defy credulity for some, and an open mind may be needed to navigate the rougher waters of these concepts.

Channeled comments from the Michael Entity were added where appropriate.

According to some psychic practitioners, negative thoughts, particularly those with emotional residue bound to them, can coalesce over time into thought-forms that exist as tiny yet distracting parts of self in the mind. Thought-forms are energetic patterns of emotion and singular intention or desire. Like parasitic worms, they entangle themselves into the mental circuitry of a person (either the subconscious or the aura), and feed off the negative thoughts and emotions that originally spawned them. Entirely self-created, these thought-parasites lure the mind into having more thoughts of the same kind, eventually forging a mental addiction.

Negative thought-forms also exist outside the human body and survive as spiritual parasites, attaching to unsuspecting humans who are a vibrational match with their energy. These thought-forms come from other people (who have either died or released them through spiritual cleansing) and the mental constructs linger in the etheric regions that permeate all physical existence, waiting for a host. Once they attach to a human, they induce thoughts in their host that feed their energetic vibration.

If the thought-form was created through anger, for instance, the human sustains the spiritual parasite by habitually feeling emotions of anger. A thought-form of grief — available in plentiful supply at most hospitals and nursing homes — would attach to someone feeling tremendous sorrow. Someone unable to let go of a passed loved one, for example, may be negatively influenced by a parasitic thought-form feeding off their grief.

Psychics and spiritual healers may see these parasites as a variety of creatures, such as black, red, or orange colored larvae, insects, spiders or multi-tentacled creatures. The symbolism of the attachments may vary but they are always perceived in a grotesque light, alerting the psychic that these dark entities do not belong.

Thought-forms do exist and can become a source of havoc for incarnating souls unable to control the intensity and emotional amplification of their thoughts and desires.

Thought-forms are created when a particular thought is amplified over what is akin to a broadcast speaker in the mind, where the desire behind a thought becomes so strong and prolonged that the energy coalesces into a pattern that becomes energetically animated. In a crude way, the thought/desire is given life, at least in an electromagnetic sense, and the thought-form sustains itself by feeding off the thoughts and feelings of a similar vibrational intention.

Thought-forms typically manifest as behaviors, mental obsessions or outright addictions. The best way to sever the parasitic connection is to stop feeding the thought-form negative energies that sustain it. Thought-forms cut-off from their food supply eventually dissolve energetically, but like a dried weed in a garden, they leave dormant seeds that can be regenerated if the thought pattern that spawned the first thought-form should return.

Some psychics see insect-like creatures that act like spiritual parasites and feed off the living. Is that correct?

The parasites you describe are not real in the manner depicted.

What psychics typically see are trapped areas of energy — blockages, if you will — that clog the flow of energy through the spiritual body, similar to the deposits of plaque in arteries that lead to arteriosclerosis. The negative connotations of these energetic impediments are often the result of emotional scarring and other wounds, both physical and spiritual, that either occurred during the present lifetime or in past lives.

These blockages may be self-cleared or reopened through the assistance of a spiritual healer — although it is important to point out that while a psychic may do a temporary fix, the condition will return if the underlying issue behind the blockage is not addressed. Once again, it is not dissimilar to the work a heart surgeon does to repair a blocked artery. If the lifestyle that contributed to the ailment is not improved, the blockage may return.

Having a spiritual healer identify the source of the energetic block and coupling that with guided imagery during a meditative session (or spiritual journey) may help reveal the root of the negative impediment, which is the best remedy for removing the problem permanently.

Discarnate humans are often recently deceased and may not enter the astral because either they do not know they are dead, or because the life they previously led lowered their vibrations to such a degree that they have become too dense to enter a higher spiritual realm.

Essentially earthbound, these wandering souls may try to attach themselves to the body of a living person, either hoping to cling to the life force that has become dormant in them or to satisfy old physical cravings and addictions.

The mark of a spiritual attachment is that a parasitic relationship develops where the urges and vices of the discarnate human influence the cravings of the host, creating behavior that is out of character for that person. If the discarnate human was a risk-taker or a drug addict, for example, the host may begin to mimic that behavior, much to the horror of friends and family.

Demonic possession, especially in the clinical fields, has long been associated with mental illness. A psychiatrist reported in the Washington Post, however, that his diagnosis of patients with mental illness has also led him to cases that he deemed demonic possession. One patient’s abilities, while allegedly possessed, veered into the paranormal, which included knowing things she could not have known about the people that came into her room, and speaking multiple languages, such as Latin.

Although the psychiatrist conceded that cases of demonic possession are rare, the gap between the paranormal and science could be getting smaller.

Spiritual attachments to the aura of an incarnate soul are typically awkward and clumsy. The discarnate being, who is often confused or lost, may cling to another in hopes of lowering its vibrations to the density of the physical. The reasons are largely unimportant. The outcome, however, is predictable. Most attempts are sloughed off by the incarnate soul unconsciously. When a soul is incarnating into a physical body, there exists an oil and water effect where it is difficult for an intruding being to attach to the soul of another. Most attachments are through permission, either conscious or in a pre-incarnational agreement.

Spiritual attachment of malevolent intent is then a rare occurrence. Likely prey are those with a mental illness who give permission to an invading entity without cognitive understanding of the ramifications.

So-called demonic entities are just discarnate souls who have made a career out of luring highly impressionable or mentally unstable individuals into permitting a spiritual co-habitation. These dark entities rarely manifest in ways commonly depicted in popular movies, and are more of a nuisance than anything else.

A more common and vexing intrusion occurs in the human psyche. Frequently misunderstood and wrongly associated with demonic spirits, this invasion involves the presence of negative parts of self generated by the ego (or false personality). Similar to thought-forms (but with cognitive abilities), these parts of self are negative alter egos. They wreak havoc in personalities who are ungrounded spiritually and whom have little access to their true personality or higher self.

Negative alter egos can take over a personality, feeding off the chief features and negative poles, and specializing in destructive emotions such as anger, hate, lust, and others. A total breakdown of sanity awaits a personality unable to reclaim a connection to their true self.

The creation of a false self generally occurs when all access to love is denied for a prolonged period, creating a distorted set of values perpetuated by negative emotions and a diseased mind. In short, the ego (or false personality) can create several distorted parts of itself, all amplified in negativity due to a lack of connection with essence.

Getting Rid of Negative Energy & Attachments

Many practitioners maintain that the best way to avoid negative attachments is to boost the spiritual immune system through a positive outlook, along with personal work to consistently project the authentic self. Attachments are like pathogens and a healthy spiritual immune system can ward off infection. The key is to raise the spiritual vibrations so that they are not a vibrational match with the pathogen or parasite.

Treatment for the symptoms of negative energies and attachments are surprisingly similar to the treatment used on obsessive/compulsive disorder, or OCD.

In almost all cases, resisting the intruding thoughts and associated fears only makes them worse. If, for example, you wrongly believe the air you breathe contains poisonous gas, you may try to hold your breath. That solution is ultimately futile, however. One must obviously breathe to stay alive and attempts otherwise only increases the urgency of needing that next breath. The preoccupation with not breathing greatly intensifies the emotional distress of the predicament.

A better solution is to acknowledge the unwanted thought or physical sensation for what it is. Recognize that this mental tic, so to speak, will only grow stronger if you grant it the power to do so. Acknowledge the mental intrusion when it occurs but do not attempt to engage or fight with it. Allow the episode to pass freely without impedance. It will pass.

The first few attempts with this technique may induce some stress, but each time the pattern is broken, the episodes grow further apart, till eventually, they cease to intrude.

If any episodes should return, once again acknowledge the symptoms for what they are (and become neutral to them) — but do not resist them. In fact, IGNORE them. Spiritual attachments hate to be ignored and will often lose interest in the host.