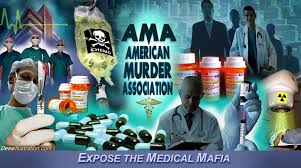 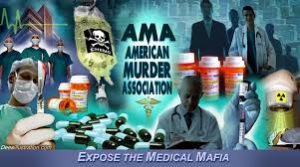 (NaturalNews) The American Medical Association (AMA) is upping the ante in pursuit of total control over the medical industry. Outraged that acclaimed physicians like Dr. Mehmet Oz of The Dr. Oz Show would dare to speak on national television about issues that go untouched by many conventional doctors, the AMA has proposed new “ethical and professional guidelines” for physicians that threaten to censor doctors who deviate from what the AMA deems as medical gospel.
A group of medical students joined by residents and fellows from the AMA recently introduced a proposal before the AMA’s House of Delegates that outlines how physicians are to conduct themselves when speaking through mass media. Because they have the power to influence millions of people when speaking on television and radio, physicians like Dr. Oz “cannot function under the same guidelines as a physician counseling individual patients,” the group contends.

So in order to maintain control of the conversation, the AMA is developing a new set of guidelines to govern what it has dubbed “mass medicine,” disparagingly referring to people like Dr. Oz as “quacks” who will “no longer … be able to benefit from a lack of specific standards and professional codes.” And doctors who fail to abide by the new guidelines, which are technically just recommendations, could face discipline for allegedly “violating medical ethics in the media.”

“The AMA will create a document clarifying what disciplinary actions may be taken against a physician who uses the media unethically,” reports the site Doctors in Oz, which is an obvious play on words referencing Dr. Oz. “There are avenues for redress available through the legal system, licensing boards, and the medical societies to name a few.”

AMA represents only 17 percent of physicians, but believes it should control 100 percent of them

Doctors in Oz is apparently directly connected to the medical students who pioneered the AMA initiative, as the writer of the announcement from which the aforementioned quote was extracted added that he plans in future articles on the subject to speak directly to those involved – or as he puts it, “who made this happen.”

Even though the AMA represents as little as 17 percent of all practicing MDs – and this number continues to decrease – the organization seems to think that it deserves full authority over what doctors say and how they advise the public on the latest food and medicine science. And it spends a pretty penny to maintain this medical monopoly, shelling out nearly $20 million annually to lobby Congress to do its bidding.

“Keep in mind that the AMA is not the voice of the medical profession,” warns the Alliance for Natural Health USA (ANH-USA), a health freedom advocacy group that is standing up in defense of medical free speech.

“Its membership has slipped to the point where it represents only 17 percent of MDs, and many of those are free memberships given to medical students, yet it remains the fifth most powerful special interest on Capitol Hill … This gives it the clout to influence Medicare prices, make recommendations that shape national policy, and rake in about $218.8 million a year from its government-granted CPT medical code monopoly.”

What the AMA is attempting to do here represents nothing short of medical tyranny. One of the resolution’s authors, a medical student from the University of Rochester, actually referred to the AMA in the media as “organized medicine,” which ironically sounds a whole lot like organized crime. How can this membership-based organization, which holds no actual legal authority over the medical profession, get away with trying to assume control over what doctors say and do in the media?

The answer to this question is that the AMA operates much like the mafia, backed by an extensive network of crony allies in the pharmaceutical and vaccine industries. AMA member doctors are notorious for accepting payouts from drug reps to push the latest pills and jabs on patients, even when safer, more natural, alternatives are widely available.

This is part of what got Dr. Oz in so much trouble with the medical cartels – he openly talks about natural remedies on his show and during media interviews, and isn’t afraid to call out industry kingpins like Monsanto for poisoning the planet and the food supply with deadly chemicals like Roundup (glyphosate). So, to silence him and any others who might try to follow in his footsteps, the AMA is now playing hardball.

“Much of what the drug industry does fulfills the criteria for organized crime in U.S. law,” says Dr. Peter Gotzsche, director of the Nordic Cochrane Center in Copenhagen, and author of the book Deadly Medicines and Organized Crime: How Big Pharma has Corrupted Healthcare, as quoted by The Daily Beast.

“And they behave in many ways like the mafia does, they corrupt everyone they can corrupt, they have bought every type of person, even including ministers of health in some countries … The drug industry buys the professors first, then chiefs of departments, then other chief physicians and so on…”