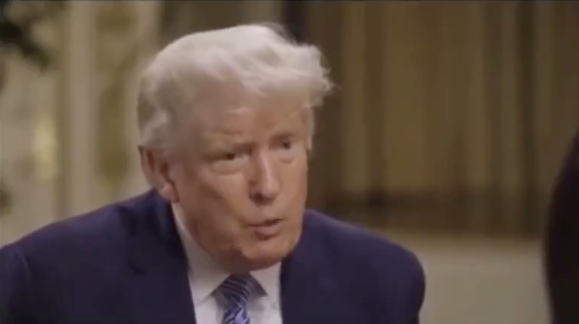 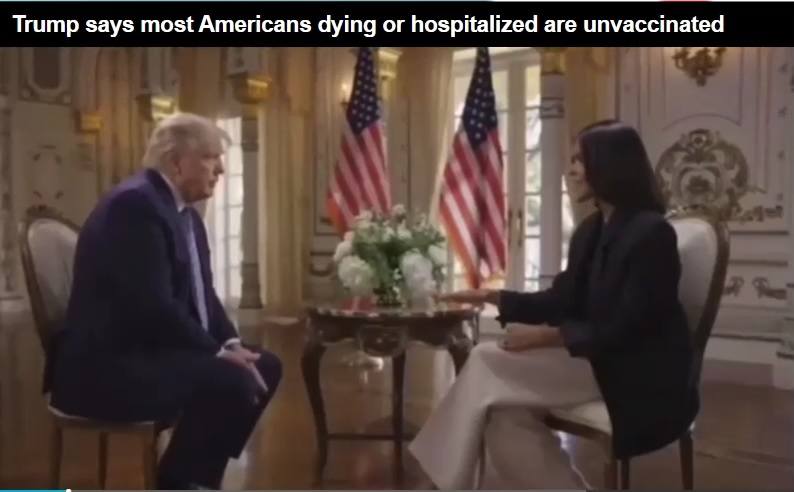 Former President Donald Trump continued his tour across the country in his new job as marketing rep for Pfizer, Moderna, and J&J today, appearing in an interview with Right Wing Conservative Candace Owens.

When Candace Owens tried to get the former president to admit the vaccines were not working as planned, pointing out that more people had died this year from COVID-19 under Biden than they did under his presidency when there was no vaccine yet, Trump doubled down and parroted the same lie that Joe Biden, Fauci, the CDC, and the FDA keep saying, and blamed the deaths and hospitalizations on the unvaccinated.

This is on our Bitchute channel, and is also on our Telegram channel.

Trump continues to compare COVID-19 to the Spanish Flu as a reason why the COVID-19 shots are needed.

Well he is correct that there are similarities between the Spanish Flu and COVID, but not for the reasons he states. The Spanish Flu was also a fake pandemic, and the result of a military experimental vaccine. See:

Did a Military Experimental Vaccine in 1918 Kill 50-100 Million People Blamed as “Spanish Flu”?

Candace Owens claims to be against the COVID-19 shots herself, stating:

“I just will never ever let that vaccine into my body. I believe firmly that Big Pharma is the greatest evil on the face of the planet. I am healthy, young, in shape and simply unafraid of Covid-19.” (Source.)

But she defended herself against critics, blaming it all on the “liberal media,” and claimed that her view did not clash with the former President’s view because Trump is also against the “mandates.”

At this point, I think Trump could come out and say something like: “I think we should allow people to sacrifice their children to Satan, but it should not be mandated,” and the Right Wing Conservatives would still continue to support him because he is against “mandates.”

The full interview is behind a paywall on The Daily Wire, so I have not heard the whole interview yet. But why didn’t Owens challenge him on who is actually filling the hospitals and dying? And why didn’t she press him on whether or not the children should be getting these shots if she is so against them herself?

Is it because her career depends upon her making Trump look good? Or maybe she too owns stock in Pfizer?