President-elect Donald Trump has tapped a Kennedy – and a vaccine skeptic – to run a new commission on the safety of vaccines.

Robert F. Kennedy Jr. revealed his new role after a meeting at Trump Tower on Tuesday.

He said Trump had asked him to head a commission on ‘vaccine safety and scientific integrity’ and that he had agreed to do so.

Both Trump and Kennedy have have raised suspicions about vaccines despite their overwhelming support among scientists and physicians as a way to prevent the spread of deadly diseases that can infect infants and other children when the pool of protected people is diminished.

Kennedy said the purpose would be ‘to make sure we have scientific integrity in the vaccine process for efficacy and safety effects.’ 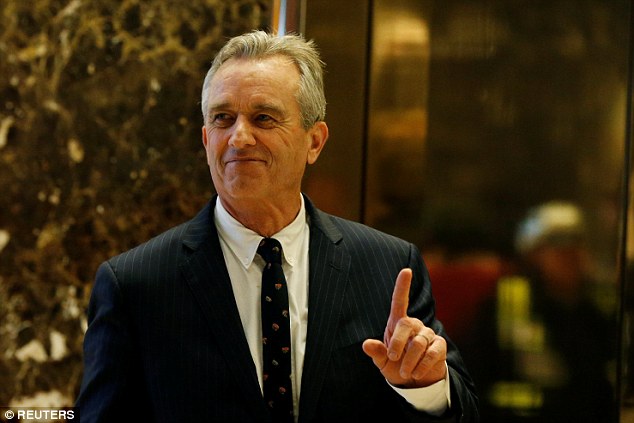 THIS MIGHT STING A LITTLE: Robert F. Kennedy Jr. gestures while entering the lobby of Trump Tower in Manhattan. He says Trump asked him to chair a commission on vaccine safety

‘President-elect Trump has some doubts about the current vaccine policies and he has questions about it,’ Kennedy told reporters Tuesday

‘And that everybody ought to be able to be assured that the vaccines that we have – he’s very pro-vaccine, as am I – but they’re as safe as they possibly can be.’

Kennedy last year said vaccines were causing a ‘holocaust’ among children – he later apologized for using the loaded term.

Kennedy’s appointment marries vaccine skeptics on the left and right, notwithstanding the widespread scientific consensus on the benefit of vaccine use on a population.

Trump tweeted about vaccines in 2014: ‘Healthy young child goes to doctor, gets pumped with massive shot of many vaccines, doesn’t feel good and changes – AUTISM. Many such cases!’ he wrote.

In another 2014 tweet, he wrote: ‘Lots of autism and vaccine response. Stop these massive doses immediately. Go back to single, spread out shots! What do we have to lose.’ 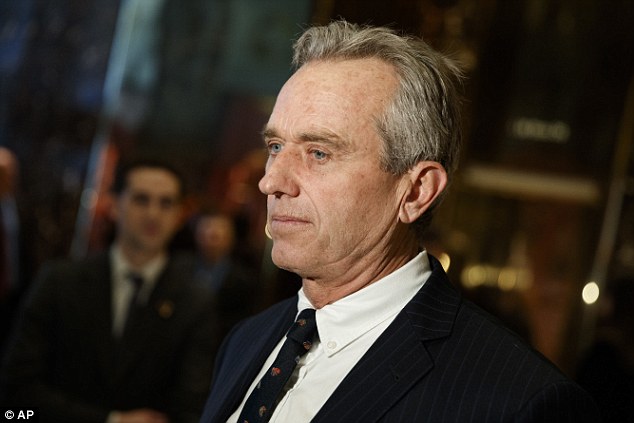 Kennedy, the son of Robert F. Kennedy, is the most prominent Democrat to accept an assignment from President-elect Trump 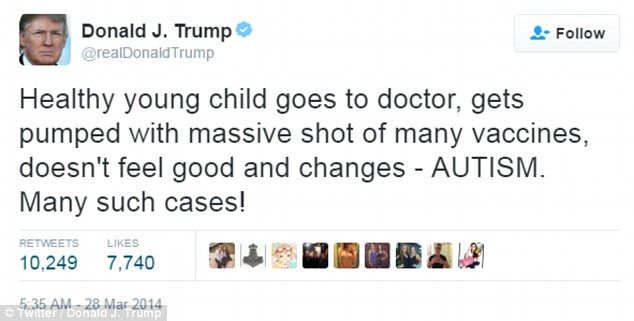 Trump in 2012 went after ‘massive doses’ in vaccines 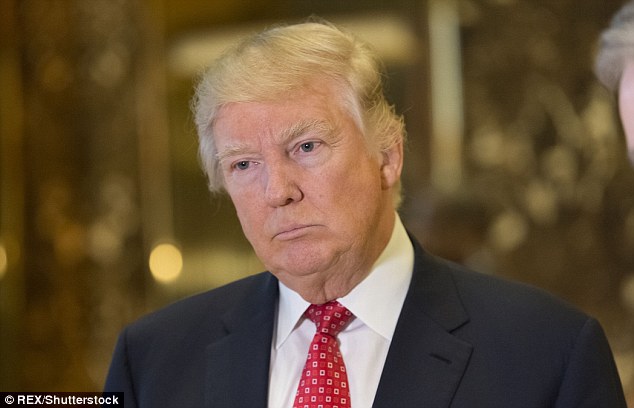 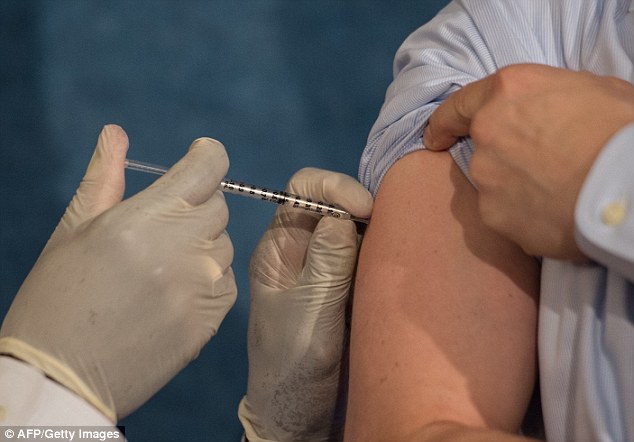 OUCH! Tom Frieden (R), Director of the Centers for Disease Control and Prevention (CDC) receives a flu vaccine during the Influenza Outlook 2015-2016

Trump pick to run the Health and Human Services Department, Dr. Ben Carson, has criticized the doses of vaccines.

Carson, a retired neurosurgeon, said at the second GOP presidential debate on CNN that there is ‘no autism associated with vaccinations.”

Then he added: ‘But it is true that we are probably giving way too many in too short a period of time. And a lot of pediatricians now recognize that, and I think are cutting down on the number and the proximity in which those are done, and I think that’s appropriate.’

The Centers for Disease Control have stated that: ‘There is no link between vaccines and autism.’

‘Some people have had concerns that ASD might be linked to the vaccines children receive, but studies have shown that there is no link between receiving vaccines and developing ASD. In 2011, an Institute of Medicine on eight vaccines given to children and adults found that with rare exceptions, these vaccines are very safe,’ according to CDC.

‘Just the other day, two years old, two and a half years old, a child, a beautiful child went to have the vaccine, and came back, and a week later got a tremendous fever, got very, very sick, now is autistic,’ Trump said.