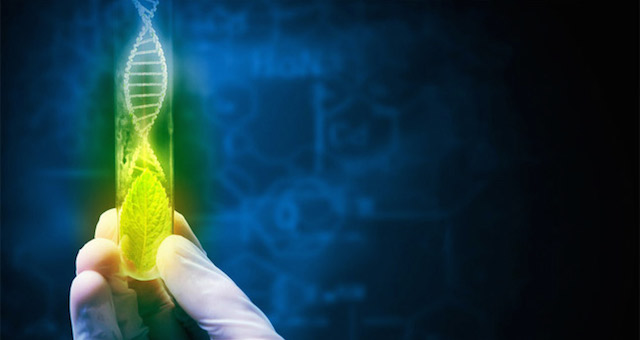 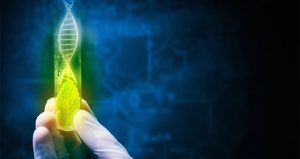 In articles about Trump, I have praised the man for certain things he’s done and is doing. But that isn’t a reason for closing my eyes and accepting his programs wholeheartedly.

This is what I predicted in recent articles. Unless some miracle turnaround occurs, Trump’s pick for Secretary of Agriculture, Sonny Perdue, will be a catastrophe. Lights out. Bang.

Big Ag vs. the small American farmer? No contest.

Katherine Paul, the associate director of the Organic Consumers Association, has the story:

“Trump heaped predictable praise on Sonny Perdue, promising that the former governor of Georgia will ‘deliver big results for all Americans who earn their living off the land’.”

“The Grocery Manufacturers Association (GMA), that multi-billion-dollar lobbying group that represents Monsanto, Dow, Dupont, Coca-Cola, General Mills (you get the picture) rushed to praise Perdue’s nomination. In a statement, GMA’s president said her group ‘looks forward to working with [Perdue] on issues key to keeping America’s food the safest and most affordable food supply in the history of the world’. Coming from the GMA, leader of the charge to keep labels off GMO foods, we know that ‘safest and most affordable food’ is code for ‘industrial chemical GMO food’.”

“And by now, we also all know that Perdue, who was named 2009 Governor of the Year by the Biotechnology Innovation Organization, counts both Monsanto and Coca-Cola among his many corporate campaign donors.”

“A former fertilizer salesman, Perdue at one time owned Houston Fertilizer and Grain which, after its acquisition of Milner Milling Co., morphed into AGrowStar, a grain business with operations across Georgia and South Carolina. His supporters cite his business operations as proof that he’s qualified to lead the USDA. They fail to mention the role chemical fertilizers play in water pollution and global warming [I reject that latter connection], much less the cost to farmers of relying on synthetic inputs…”

“Perdue has no qualms about taking government handouts. Environmental Working Group (EWG) reports that between 1995 and 2014, he cashed in on $278,679 in taxpayer-funded subsidies for his various businesses. Will he be open to overhauling the current system which doles out $25 billion/year in subsidies (paid out mostly to large producers, not small farmers) for commodity crops, like wheat, GMO corn, GMO cotton and GMO soy?”

“At a 2003 meeting organized by his wife (then first lady of Georgia) and sponsored by Coca-Cola and Chick-fil-A, Perdue praised the soda giant for its ‘its continued effort to grow its business presence and invest in Georgia, as the Company prepares to open a $100 million plus expansion to its Atlanta production facilities’.”

“Before his nomination, Perdue served on Trump’s ag advisory committee whose talking points, as reported on November 15, by Politico, ‘offer a roadmap on how President-Elect Donald Trump’s agriculture secretary could shape agricultural policies, including the sweeping promise to “defend American agriculture against its critics,”’. Of course, what the committee means by ‘American’ agriculture is industrial factory farm and GMO commodity agriculture. And we all know who the committee sees as its critics—that would be us and a host of other groups that advocate for healthy food and a clean environment.”

“…in 2009, Perdue signed a bill that blocked local communities in Georgia from regulating animal cruelty, worker safety and pollution related to factory farms. That’s hardly ‘looking out’ for the little guy.”

—No need to read between the lines. Perdue will be Big Ag’s man in Washington.

But just in case you think he’ll reverse all the wonderful farm policies promoted by Obama, read on. Obama was nothing less than Monsanto’s man in the Oval Office. Here is my piece, from 2013:

After his victory in the 2008 election, Obama filled key posts with Monsanto people, in federal agencies that wield tremendous force in food issues, the USDA and the FDA:

As deputy commissioner of the FDA, the new food-safety-issues czar, the infamous Michael Taylor, former vice-president for public policy for Monsanto. Taylor had been instrumental in getting approval for Monsanto’s genetically engineered bovine growth hormone.

As commissioner of the USDA, Iowa governor, Tom Vilsack. Vilsack had set up a national group, the Governors’ Biotechnology Partnership, and had been given a Governor of the Year Award by the Biotechnology Industry Organization, whose members include Monsanto.

As the new Agriculture Trade Representative, who would push GMOs for export, Islam Siddiqui, a former Monsanto lobbyist.

As the new counsel for the USDA, Ramona Romero, who had been corporate counsel for another biotech giant, DuPont.

As the new head of the USAID, Rajiv Shah, who had previously worked in key positions for the Bill and Melinda Gates Foundation, a major funder of GMO agriculture research.

We should also remember that Obama’s secretary of state, Hillary Clinton, once worked for the Rose law firm. That firm was counsel to Monsanto.

Obama nominated Elena Kagan to the US Supreme Court. Kagan, as federal solicitor general, had previously argued for Monsanto in the Monsanto v. Geertson seed case before the Supreme Court.

The deck was stacked. Obama hadn’t simply made honest mistakes. Obama hadn’t just failed to exercise proper oversight in selecting appointees. He was staking out territory on behalf of Monsanto and other GMO corporate giants.

And now let us look at what key Obama appointees have wrought for their true bosses. Let’s see what GMO crops have walked through the open door of the Obama presidency.

* ATryn, an anti-clotting agent from the milk of transgenic goats.

This is an extraordinary parade.

Obama was, all along, a stealth operative on behalf of Monsanto, biotech, GMOs, and corporate control of the future of agriculture.

He didn’t make that many key political appointments and allow that many new GMO crops to enter the food chain through a lack of oversight.

Nor is it coincidental that two of the Obama’s biggest supporters, Bill Gates and George Soros, purchased 900,000 and 500,000 shares of Monsanto, respectively, in 2010.

Obama, while on the campaign trail in 2008, was promising transparency in government, was claiming that every person has the right to know what’s in his food (GMO labeling). But clearly, that was all cover and fluff. He was lying through his teeth and he knew it. He hasn’t changed. He’s been a covert agent since the beginning.

Imposter. Charlatan. These words fit Obama. He doesn’t care that GMO food is taking over the country and the world. He wants it to happen. He’s always wanted it to happen.

Obama, Monsanto, DuPont, and Dow, among others, are prepared to do whatever is necessary to make GMO food and their attendant pesticides dominate America and, through exports, the world.

—Whether Trump has his eyes open or closed, he’s walking down the same path. His meetings with small farmers, and his pledge to protect clean water and air, were so much fluff.

Theoretically, he has time to reverse course, but don’t bet on it, don’t hold your breath—unless you’re living in an area downwind from a corporate factory farm, where the air is full of gently wafting toxic pesticides and GMOs.