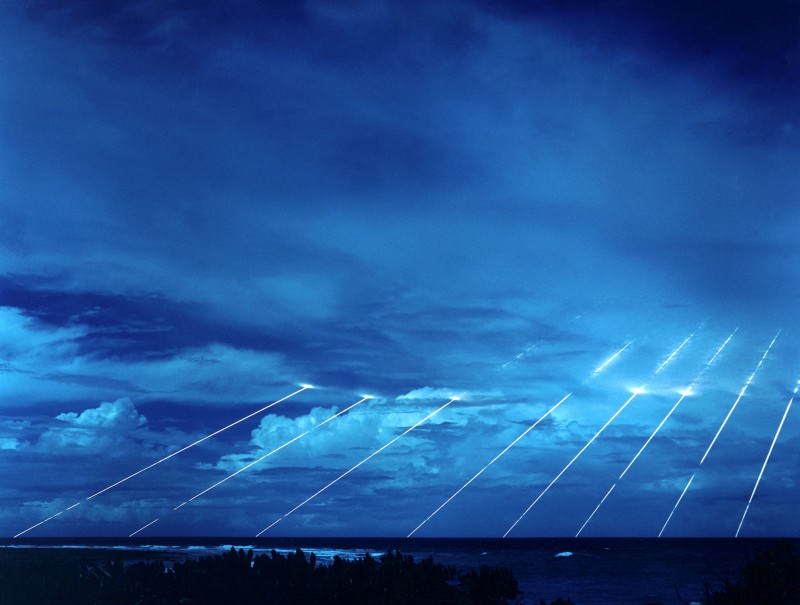 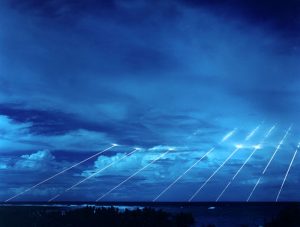 Drexel University, a tremendous and genial institution by all accounts, has been called upon to assist Uncle Sam’s efforts to infiltrate the ionosphere with clarifying plasma. The U.S. Air Force is fully prepared to bomb the skies, if that’s what it takes.

For years, the U.S. military has been searching for ways to improve long-distance radio communication during the daytime hours when the ionosphere’s charged particles become less dense and less reflective. At night, ground-based radio signals may travel unabated for hundreds of kilometers, but conditions during the day often limit the range of transmission.

That’s where Drexel researchers and Souderton-based General Sciences come into play. The Air Force is looking for viable ways to populate the upper atmosphere — less than 40 miles from the Earth’s surface — with ionized plasma gas, according toNew Scientist.

The old way of doing this was not a particularly efficient operation. In Alaska, ground-based antennas known collectively as HAARP (High-Frequency Active Auroral Research Program) are arrayed to generate radio-reflective plasma by spouting radiation into the ionosphere.

Now the Air Force wants to improve its methods while solving a few other problems, from solar winds disabling GPS to a hypothetical blockade of enemy communications.

In partnership with Drexel’s Office of Research, General Sciences has received a $149,977 grant from the Department of Defense to develop a plasma generator. A second grant has been given to researchers at the University of Maryland and Bethesda-based Enig Associates to pursue a more explosive design.

In essence, the Drexel team is searching for a method to chemically vaporize metal beyond boiling point — all within a tiny CubeSat — to react with atmospheric oxygen and produce plasma. If that’s not up to your standards of thermodynamic reasoning, here’s an abstract you can breeze through:

ABSTRACT: The proposed program is a joint effort between General Sciences, Inc. (GSI) and Drexel University. The proposed concept for Plasma Generation is based on the use of highly exothermic condensed phase reactions yielding temperatures considerably higher than the boiling points of candidate metal elements with residual energy to maximize their vapor yield and, with high probability to enter associative ionization (chemi-ionization) reactions with atmospheric oxygen. In addition to exploiting thermo-chemistry and ionization kinetics for maximum metal vapor and respective plasma yields, hardware development will also be pursued. Such hardware will provide for controlled release options such as conventional point release, as well as extended in time and space. The effort will be based on key experiments in several vacuum systems and analysis in order to downselect the best candidates for further development. BENEFIT: New ways of communication will become available to DOD with significant benefits to the defense of the Country. Commercial applications could involve use of plasma enhancement in Magneto-Hydrodynamics (MHD) power generation and perhaps in other current industrial processes.

How successful will any of this be? According to John Kline, a plasma engineering expert at New Jersey-based Research Support Instruments, these are still very early-stage projects that mark the boundaries of ionosphere modification. The logistics of generating and deploying plasma on small satellites represents a serious challenge.

“It may be insurmountable,” Kline said, electing not to add that it will definitely be cool, regardless.