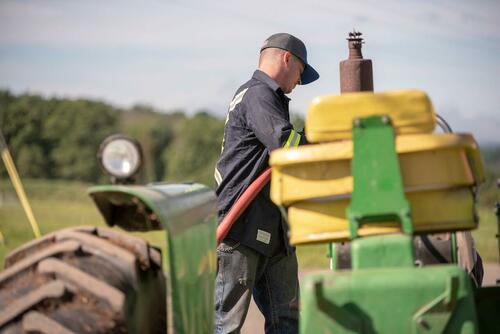 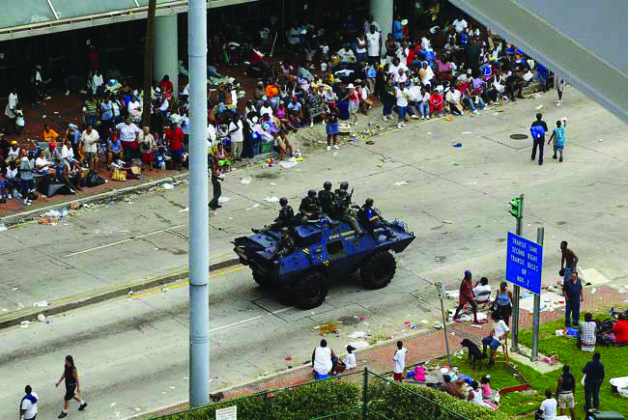 U.S. Farmers Issue Dire Warnings of Looming Food Shortages as Most Americans are Clueless as to How Their Food is Produced and Unprepared for What’s Coming

Unless you have a farmer in your family, or in your circle of friends and contacts, chances are that you are among the millions of people in the United States that seldom give thought to how the food you buy and eat is produced.

Ask the typical American where the food on their table comes from, and probably 99.9% of them will answer: the grocery store.

The grocery store is a modern-day retail outlet that most of our forefathers did not enjoy. Prior to the industrial age post WWII, most neighborhoods had local businesses and farmers who supplied the bulk of that community’s food, from the milkman who delivered dairy products, to the town butcher who processed meat, to the town baker who produced products from grains, etc.

There was no one-stop shop where one could pick up multiple products called “groceries.” Few understand that the modern day grocery store is dependent on a highly technical system that is interdependent on many inputs into the supply chain, and can easily be ground to a halt.

If you have lived through local natural disasters, like a hurricane, or an earthquake, you probably have had a taste of what it can be like when everyone all of sudden needs to buy groceries all at the same time, and then learn that the grocery store shelves are bare.

Panic buying can cause similar disruptions, and most of us got a taste, and that’s all it was, a “taste”, of this in the early days of the COVID-19 lockdowns. 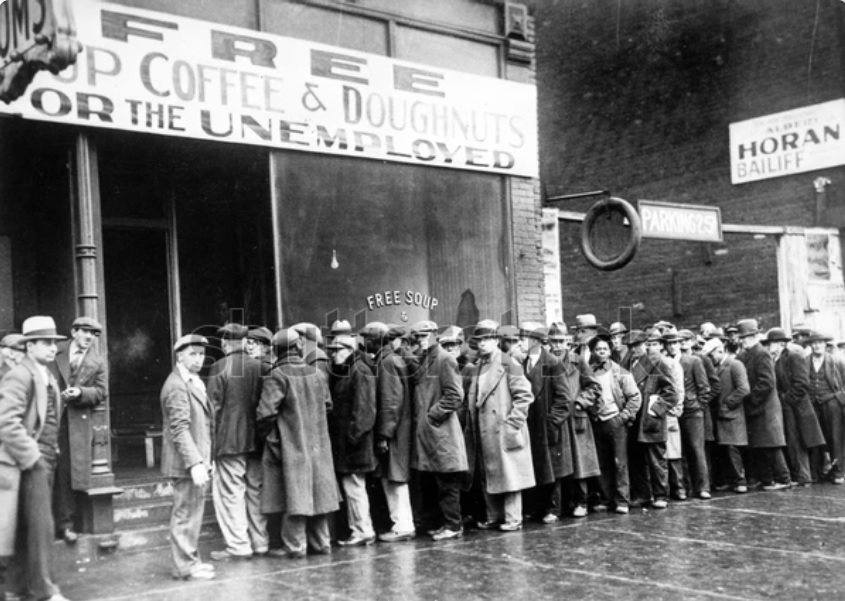 Breadline at a soup kitchen during the Great Depression in the U.S. Image source.

But almost all of the people alive in the U.S. today have not experienced real hardship that produces hunger and starvation, such as what this nation experienced in the 1930s prior to WWII during the “dust bowl” as the nation suffered an economic depression, along with massive food shortages due to crop failures.

We have had economic downturns since WWII, but in general the U.S. has seen prosperous times for over 70 years now, and the current generations alive have become so dependent on the conveniences that modern technology has brought us, that they just assume it will always be there, and fail to realize just how fragile that technology is.

Today, less than 1% of the population of the United States now produces food for the other 99%, thanks to the technological age, so when farmers, particularly farmers with contracts in the commodity food industry, which is by far the majority, speak out with warnings about what is ahead, it is time to sit up and listen, and realize that if you cannot buy food from your usual local grocery outlets, that there will be no one to bail you out if you have not prepared for such a situation.

For the rest of this article I am publishing some news today that farmers themselves are reporting, and everyone needs to take heed and prepare accordingly.

“We Are Teetering On The Edge”: Food Shortage Worries Mount As PA Farms “Crushed” By Record Diesel Prices

Pennsylvania farmers are being “crushed” by the record cost of diesel – so much so, that questions about a food crisis are starting to loom, the Morning Call reported.

One farmer in Lehigh County is quoted as saying: “I’ve got a tractor hooked up to my corn planter out here, no diesel fuel, and I can’t afford to get any.”

That farmer was airing his gripes to Kyle Kotzmoyer, a legislative affairs specialist for the Pennsylvania Farm Bureau. Kotzmoyer then turned around and testified to state lawmakers: “We have reached that point to where it is very close to being a sinking ship. We are teetering on the edge right now.”

The situation looks as though it will continue to push food prices higher, after the government reported that food prices in May were 10.1% higher than last year.

The PA average for diesel is now $6.19 per gallon, up about 75% from a year ago, the report notes. It is a “huge, huge expense” for farmers, Kotzmoyer told state legislators.

One farmer who works on about 3,500 acres burns through about 2,000 gallons of diesel per month, he said. “If the farmers cannot get crops out of the ground, then there is not food on the shelves.”

Last week we noted how US farmer sentiment plummeted in May – as producers have become anxious about their farm’s financial health.

To that end, Ohio farmer Holly Weilnau took to TikTok two weeks ago in a now-viral video to explain how farmers are suffering under inflated input costs, which is going to send the price of food much higher than it is right now.

“There are things that we have to buy,” she sais, adding “There’s something we have to buy that two years ago cost us $24, last year was about $46, this year it is costing us $96.”

“Please understand, food prices are going to go up,” she continues. “You wanna act like it’s the farmers’ fault—it is not the farmers’ fault. We are barely making it to grow the stuff so you guys are able to get it in August, September, October.”

“Guys, this is not going away. Stop sticking your head in the sand and thinking ‘oh, it’s going to be okay’ — it’s not going to fuckin’ be okay.”

In a Saturday video, Weilnau relayed a story about another farmer who was unable to lock in diesel pricing for this fall, and was told that it was because of uncertainty amid rapidly rising diesel costs.

“That alone, guys—to fill the tractors and the equipment needed to get the product out of the field—is going to be astronomically bad all the way around,” she said, adding: “So understand, people are like, ‘Oh, plan ahead’—we’re trying. They’re not letting us.”

This is far from the first farmer to offer a dire warning. Three weeks ago John Boyd Jr., the President of the National Black Farmers Association, said “We are in a crisis right now as far as the food chain goes with the farmer in this country,” adding “We’re going to see a lot of empty shelves and a lot more high food prices.”

In his forty-year career as a farmer, Boyd said he never imagined he would be “paying $5.63 for a gallon of diesel fuel, $900 a ton for fertilizer, and all-time high prices for soybean seeds.” All of the prices he mentioned are at record highs, pressuring farmers’ margins.

He mentioned that banks need to provide emergency funding to farmers to get their crops in the ground. Out-of-control inflation has left some farmers unable to plant because of soaring costs.

Boyd said, “We only have a short window of opportunity to give farmers funding.”

He stated the worst-case scenario is “a lot of shortages” of food that could materialize later this year.

A Warning From A Farmer

They are facing the same pressures as the large farms, and they will stop selling to the public during the food shortages just so they can feed their own families.

The Diesel and Transportation Problems

Earlier this month (June 6th) I published an article about the congestion on the nations railways, and the deadly consequences we are facing as a result of this. See:

Railroad Congestion in U.S. is a Deadly Catastrophe that is About to Affect Everyone with No Immediate Solutions in Sight

My food company, Healthy Traditions, has had a container of coconut oil imported from the Philippines sitting on the rail in California for about a month now. Fortunately, coconut oil has an indefinite shelf life.

But news published today shows that the situation on the railways, which also carries much of the nation’s fuel, like diesel, may go from bad to worse.

Negotiations between major railroads and their unions have stalled, setting up for what could be a significant railroad shut down before the midterm elections that could paralyze an already-strained US supply chain.

Railway Age reports the National Mediation Board (NMB) on June 14 began what could be a “ticking time bomb” toward a national railroad shut down within 90 days, following its board of three, two Democratic members agreeing with rail labor and NMB’s only Republican disagreeing that means a voluntary agreement to amend unionized rail worker wages, benefits and work rules won’t be achievable.

Talks between rail labor (12 rail craft unions bargaining in two coalitions on behalf of 115k rail workers) and major railroads, including Union Pacific Corp. and BNSF Railway Co., will enter a 30-day cooling period this Friday. Then the Biden administration may appoint a Presidential Emergency Board (PEB) to resolve the dispute.

“The railroads would consider accepting the proffer, but the union leadership has already indicated that it will not,” the National Carriers’ Conference Committee (NCCC), which represents major railroads, said in a statement. “The railroads expect a PEB will be appointed in this dispute before the end of the 30-day cooling-off period, as has been the case in prior unresolved national rail negotiations,” NCCC continued.

Once the PEB is appointed, a second cooling period with a maximum 30-day clock begins. At the same time, the PEB listens to arguments from rail labor and railroads and issues its non-binding recommendations. The third 30-day period is where things could get problematic, just before the elections, and if both parties don’t agree, either side can declare “self-help,” meaning a strike would materialize.

A rail strike would devastate the economy even more, as approximately 28% of freight movement is transported on complex rail networks across the country. Depending on the strike’s duration, supply chains would be further snarled and unleash unwanted inflation.

Let’s hope rail labor and major railroads can agree on wages, benefits, and work rules immediately following the PEB appointment and unions do not resort to a strike in the third 30-day cooling period right before the midterm elections.