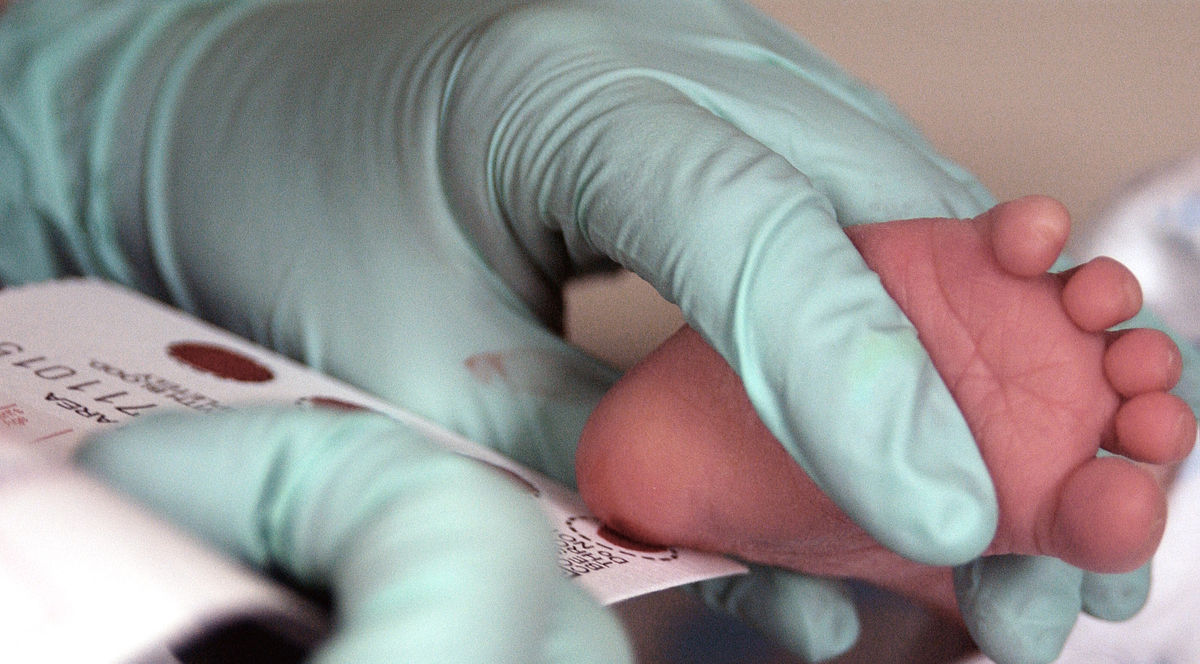 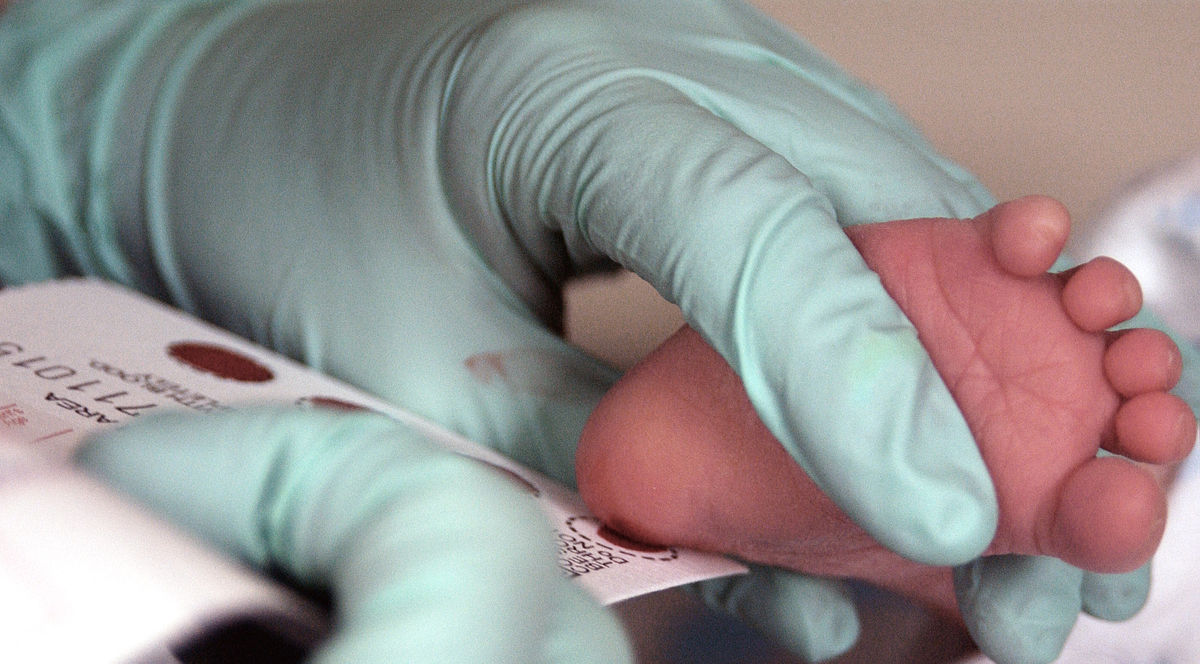 The blood of a two week-old infant is collected for a Phenylketonuria, or PKU, screening. Image Source.

by Citizens’ Council for Health Freedom

Citizens’ Council for Health Freedom (CCHF) first discovered long-term state warehousing of newborn DNA in 2003 and has been educating Americans on the fact that some states store and use newborn blood spots without parental consent. CCHF has actively engaged parents to protect their newborn baby’s DNA and genetic privacy rights.

CCHF president and co-founder Twila Brase released the following statement in response to the announcement:

Today, the U.S. Department of Health and Human Services gave notice that newborn DNA will no longer be protected by parent consent requirements enacted in 2014.

Congress was right in 2014 to protect these newborn citizens from the taxpayer-funded genetic analysis, research and profiteering that were taking place, and will now take place again, without the consent of their parents.

These dried blood spots, taken at birth as part of the state newborn genetic testing program in all 50 states, and stored indefinitely in some states, are prized for the DNA they hold. Texas has sold them and used them for barter. California sells them for about $20 to $40 per spot.

Parents in Indiana, Michigan, Minnesota, and Texas have filed lawsuits, forcing several state health departments to destroy the newborn DNA blood spot cards they had stored for decades, and sometimes shared and used, without parent consent. The parent lawsuit in Minnesota went all the way to the state supreme court before the parents won.

Congress should act now to restore the parent consent requirements that were in place for more than three years and the HHS Office for Human Research Protections have dismantled. The genetic privacy rights of the four million babies born in America every year are at stake.

The Office for Human Research Protections (OHRP) posted this question and answer as an FAQ:

Section 12 of the Newborn Screening Saves Lives Reauthorization Act of 2014 changed the ability of investigators to conduct certain federally funded research with newborn dried blood spots regardless of the identifiability of the blood spots. Are these requirements of the Act still in effect?

Although Section 12 of the Newborn Screening Saves Lives Reauthorization Act (NSSLRA) of 2014 stated that certain federally funded research on newborn dried blood spots would be considered human subjects research (regardless of the identifiability of the blood spots), and prohibited IRBs from waiving consent for such research, Section 12 applied only until changes to the Common Rule were promulgated.

Brase writes extensively about protecting Baby DNA, as well as socialized medicine, patient privacy, electronic health records, health freedom and how the Affordable Care Act has harmed patients and doctors since 2010 in the new book “Big Brother in the Exam Room: The Dangerous Truth About Electronic Health Records.” For more information, visit BigBrotherintheExamRoom.com.

Learn more about CCHF at www.cchfreedom.org

One thought on “U.S. Government: DNA Collected from Newborn Dried Blood Spots No Longer Protected From Being Used in Human Research”