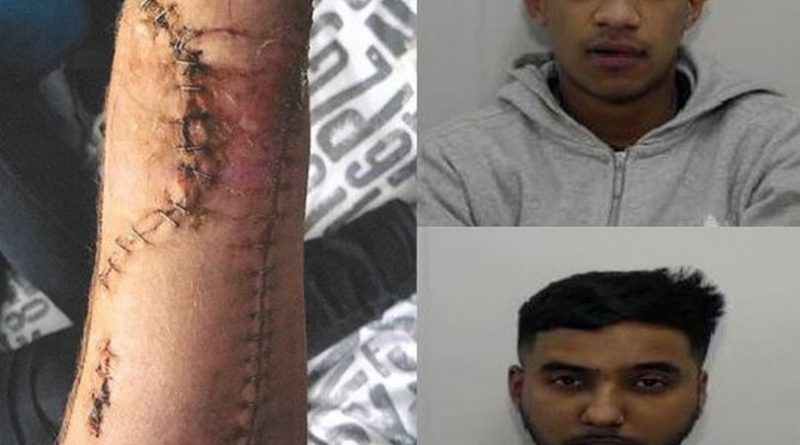 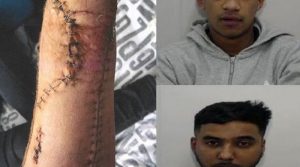 Four indigenous British teens were tracked down by a vicious gang of 20 “migrants” who hurled racial abuse at the boys before attacking them with weapons, which resulted in one boy getting an ax driven into his chest and then a blow to his wrist, which severed his hand from his arm.

It does not look like this story is getting a whole lot of coverage in the UK, as “diversity is our greatest strength,” and we are not supposed to see all the evidence to the contrary.

This incident supposedly started when the four British arborists (tree pruners) had intervened to help an elderly woman who was being verbally abused by Habibur Rahman, 27, who was absolutely livid that the “white bastards” had disrespected him in “his country.”

Rahman then assembled his 20 person gang, armed with knives, machetes, a claw hammer, a knuckle-duster, and an ax, and tracked down the four boys to a property where they were working. Rahman said, “They’re going to get what they deserve. They’re going to get stabbed.”

When the gang approached, one of the White teenagers attempted to act as the peacemaker and calm things down, but he was mistaken to think that civility and reason could stop the aggression from these violent invaders. Mohammed Awais Sajid, who had an ax in his hand, drove his weapon into the boy’s chest, which shattered his ribs and caused one of his lung’s to collapse. Then the invader took another swing, this time for the boy’s head.

[Sajid] followed up with a 360 degree spin of his arm, an act which was doubtless employed to enhance the speed and devastation of the attack. The blow itself was aimed at the victim’s head. He was dimly aware at this stage of the weeping of blood down into his waistband. He was turning his body, attempting to leave the scene. Through good fortune, he said he realized the ax was above him aiming for his head. He put his arm up to defend himself and the blade essentially severed his arm at the wrist.”

The gang was apparently scared off when one of the boy’s friends start revving his chainsaw at the non-Whites. They also probably wanted to flee from the scene of this horrible crime as soon as possible.

Mohammed Awais Sajid, the murderous ax wielder, was actually acquitted of attempted murder, instead being sentenced to 18 years for section 18 wounding. He will likely only serve half of this sentence before being allowed out, as is usually the case in Britain.

Habibur Rahman was only found guilty of assault after it was discovered that he had punched one of the teens in the face with a knuckleduster, which broke his nose. He received only four-and-a-half years, but he will obviously get out sooner.

All of the nine other gang members who confronted the White teenagers were released without any charges.

Just imagine what would happen if 20 White men had attacked 4 young brown boys.