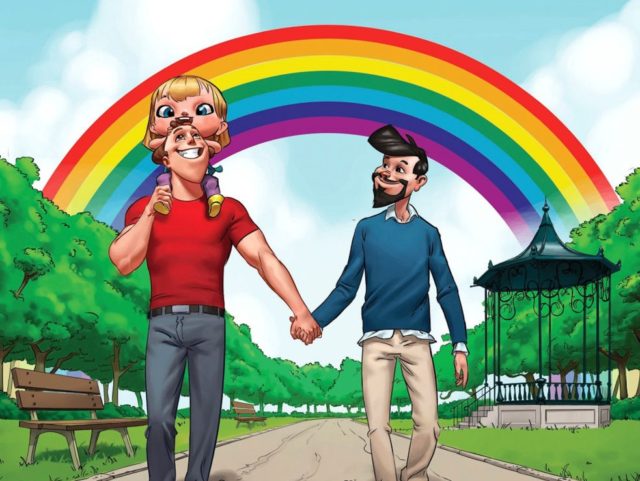 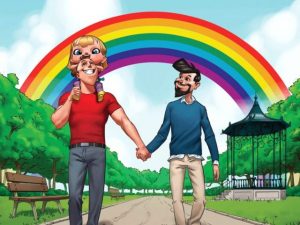 The UK government is reportedly set to give private primary schools an opt-out on controversial requirements meaning young children have to be taught about homosexual lifestyles in a bid to encourage “tolerance”.

Since the Equality Act was passed in 2010, the “active promotion of respect” for sexual and ethnic minorities has been mandatory in all state and independent schools across England and Wales in order to meet inspection standards.

Following a consultation regarding regulation and standards of private schools, launched by Education Secretary Damian Hinds in March, the requirement that young children be introduced to alternative “families” and same-sex marriage will be watered down for independent institutions, according to the Sunday Times.

While the government’s response to the consultation is yet to be published, The Timesreported “civil servants are understood to have made it clear” that inspectors should no longer fail private schools on the basis of neglecting to meet sexual diversity requirements, which include making children aware of issues such as “gender reassignment”.

Ofsted, whose leader Amanda Spielman has demanded schools place “liberalism” at the “heart of the curriculum” while insisting that institutions with “cultural conservative or religious values” should be “exposed”, said the standards should remain in place, with a spokesman saying the watchdog believes it “appropriate” that all primary school children are taught to respect LGBT lifestyles.

The Department for Education said: “Independent schools, like all schools, have to promote respect for other people with particular regard to the protected characteristics under the 2010 Equalities Act.”

News of the move, which was deemed as a government U-turn by left-wing opponents, followed what The Times characterised as intensive lobbying by faith groups after reports that schools were being downgraded over teachers’ failure to explicitly highlight LGBT issues during class-time.

Government to Crack Down on Homeschooling over ‘Extremism’ Fears http://www.breitbart.com/london/2018/04/11/government-crackdown-homeschooling-extremism-fears/ …

Government to Crack Down on Homeschooling over ‘Extremism’ Fears | Breitbart

The government is set to crack down on homeschooling amidst concerns that some settings are failing to promote “British values”.

Failing a private Jewish girls’ school for the third time, Ofsted claimed that pupils at the north London sch0ol for children up to the age of eight were being denied “a full understanding of fundamental British values” because they were not given instruction on homosexuality or gender reassignment.

Buckingham University’s Professor Alan Smithers told The Times: “Whether or not young children should be taught about LGBT issues and gay families in schools has been a battleground for ages.

“This looks like a government U-turn. Jewish, Christian and Muslim groups have bitterly resisted the requirement to teach alternative lifestyles, with protests and placards. If this loophole is granted to independent schools, there will be a big push for this in state primary schools too,” he added.

The news came after backlash on social media to a video which shows 6-year-olds at a state primary school in Manchester being tasked with writing homosexual love letters from a fictional ‘Prince Henry’ to his manservant, ‘Thomas’.

In the footage, which was originally uploaded to the Facebook page of BBC Radio Manchester, the public broadcaster approvingly explains in subtitled commentary that Bewsey Lodge primary school “teaches children about LGBT relationships from an early age”.

Named as Sarah Hopson, the teacher featured in the video insisted it was necessary to promote homosexual and transsexual lifestyles in a primary school setting because “the more they can be accepting at this age … the children will be accepting now and will be accepting this diversity around them.”