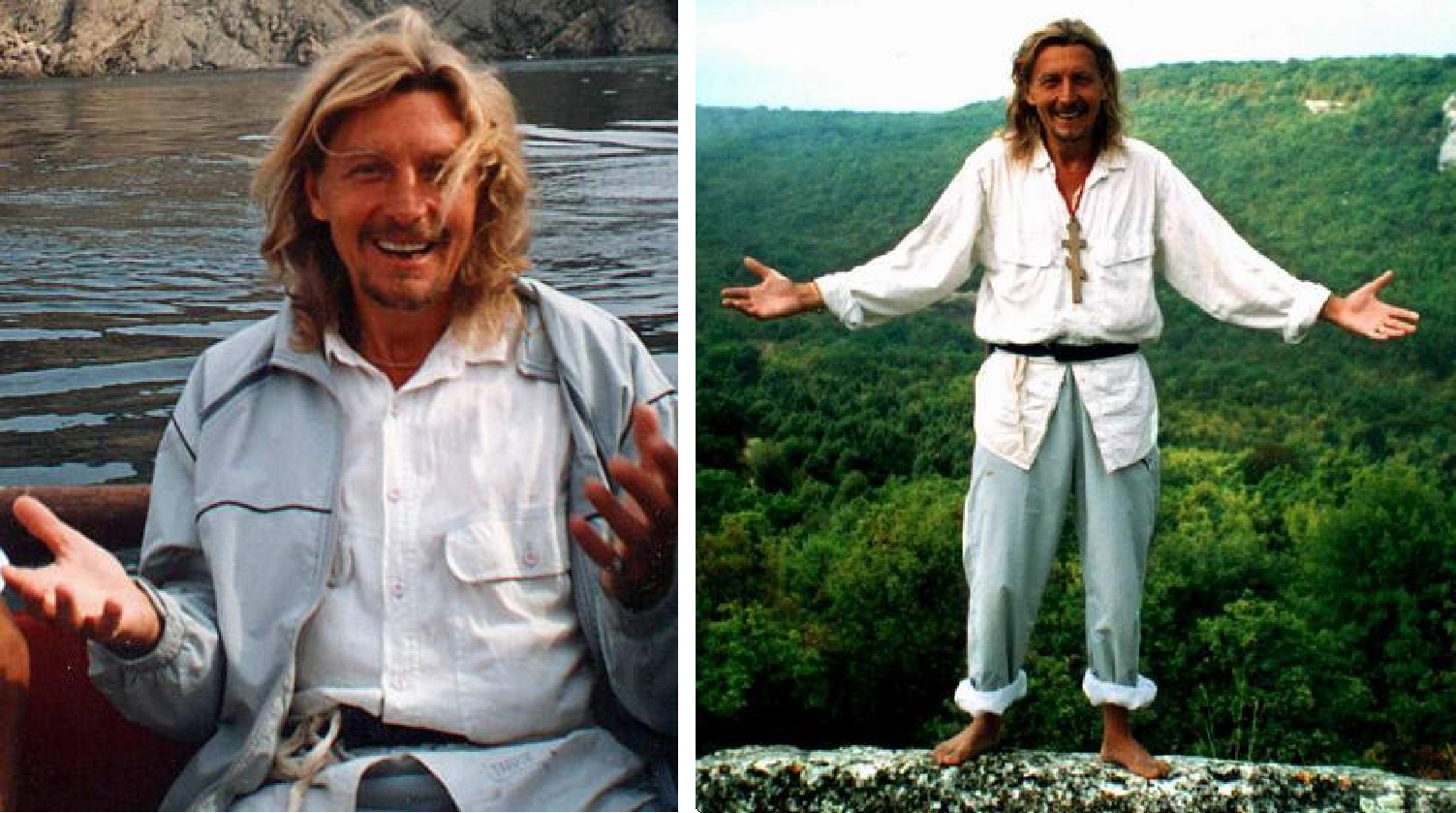 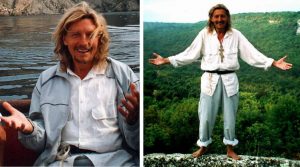 He feeds only on prana and solar energy. After arriving in a village where he lives, I saw a barefooted man standing on the porch. He was wearing a bright orange dress with the sun embroidered on the chest.

The man’s face looked otherworldly, his eyes glistened, and a smile crossed his face.

He moved about easily and seemed to be barely touching the ground. He did not have no sunken cheeks nor bags under his eyes. His skin was glowing from inside as if he were a happy teenaged girl.

It is obvious that Nikolai has become a qualified interviewee. He fell into the habit of giving interviews on a regular basis. A Japanese TV crew left the village a few days ago. They shot a film about Nikolai.

“The reason why I’ve become a “sun eater” has nothing to do with cutting down on grocery bills,” says Nikolai with a smile.

“This is a spiritual way. Why do all the religions of the world have Lent? It is designed to cleanse the soul and encourage the human being to think more of things lofty and get rid of morally low desires. Saying goodbye to food means a farewell to many carnal dependencies. I consume space energy in place of natural foodstuffs. But I had continually fasting for 14 years before I stopped coarse food altogether.

“I ate only kasha, vegetables, fruits and nuts. Then I switched to liquid foods – vegetable broths, cocoa and hot chocolate. And one day it came as a stunning revelation that I can do without any food. Since then I’ve been living on a strict diet of tea with honey and some boiling water with fish soup spices. I use only charged water that is taken off the stovetop one moment before it boils. I drink about ten cups a day. I get the rest of my food from the Sun and Cosmos. I can even feel my blood getting rejuvenated.

“Do you mean you stop feeling hunger as you stare at the sun?”

“I stopped feeling hunger a long time ago. The sun charges me with energy as if I were a battery. Some day everybody will be capable of running on solar energy. The trees and flower exist because of photosynthesis. And man is part of nature. There is a huge release of energy in the human body once man gets rid of coarse food. It’s the energy that was previously used for digestion. Man reaches a completely different level of mental and physical development.”

It was dawn on August 25th, 2003. On that day Nikolai Dolgoruki began living by the law of flowers. He stepped into his porch and instructed his internal organs three times to feed on space energy only. His body ran riot for two weeks. Nikolai dreamed about eating butter rolls.

Eventually, his hunger vanished in the ozone. He became indifferent to food and found complete peace of mind. Nikolai lost a mere 7 kilos after living for nearly a hundred days of solar diet. He used to suffer from pains in his heart and stomach. Nowadays Nikolai says his pains have been gone along with his excess weight.

“What is your superior goal? Do you intend to live longer or stay healthy? Don’t you think the price is too high?”

“A sun eater is on a mission to bring light, goodness and spiritual cleansing to the people. I help the people stay strong and happy in this cruel world. I direct my thinking to other galaxies.”

“Can you confirm that you’re not pulling some kind of a trick? Maybe you enjoy a quick burger by stealth?

“I’m ready and willing to show my abilities to anybody, be it doctors or scientists. Let them come and examine me. It’s okay with me. The Japanese TV crew that made a film about me had several researchers from the Institute of human body’s hidden abilities studies.

“They asked me to take a full medical examination including tests in our municipal hospital No 5. Besides, they spent a few days in my house monitoring my activities – trivial thins like I getting up in the morning, riding my bicycle, digging in my vegetable garden, doing a few push-ups and chin-ups. They put on record my personal achievement: I stared at the sun for 13 hours.”

“What did the results of the tests show?”

“The results say I’m a healthy person, no anomalies detected.”

You can find more examples of alleged “sun eaters” at this link.

Doctors at a regional center of nontraditional medicine of the Dnepr region comment in a cautious way on Dolgoruky’s experiment. According to them, the sun and space energy have nothing to do with the case. The man drinks a few liters of beverages to sustain his body’s activities.

Doctors say such foodstuffs as milk, tea, honey have everything our body needs to get on a regular basis. Those beverages contain calcium, protein, carbohydrates and microelements. His body got cleansed and overhauled thanks to a slag-free diet and a healthy life style. Not to mention his power of autosuggestion and his strong will – those qualities cemented the positive results.