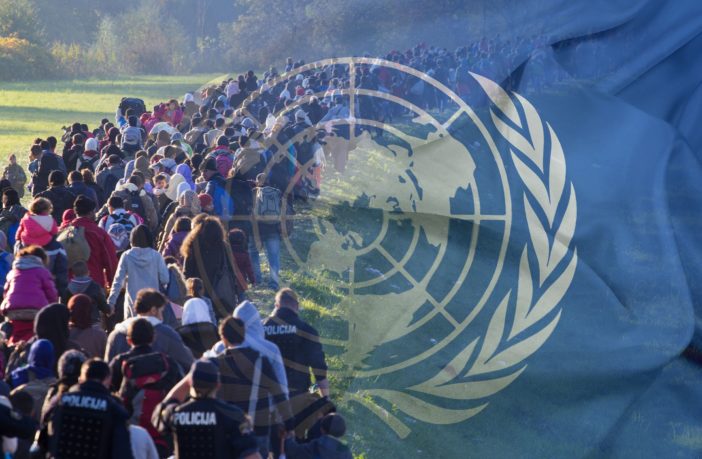 The United Nations (UN) refugee chief calls the political debate on the migrant crisis, “distorted” saying that Europe has become “obsessed” with a migrant crisis that “does not exist”, Filippo Grandi said in an interview published in the German press on Thursday. He urges EU politicians to stop squabbling “over a few boats” [of illegal immigrants].

The High Commissioner dismissed Austria and Italy’s (and other member states) plans to see asylum processing of immigrants done offshore and blocking them from reaching European soil.

“As the United Nations High Commissioner [for refugees], I cannot support a proposal that would deprive people of the right to seek asylum in Europe. There are people who have very pressing reasons for asking for protection in EU nations,” Mr. Grandi told Handelsblatt.

He insists that the mass movement of peoples has been “a source of progress and prosperity since people first began to migrate”.

We are left with the glaring question, for whom is it prosperous? The citizens of the member states having taken migrants have only seen the loss of resources for them and the rising costs of housing and tackling astounding levels of violent crime, as well as, the loss of lives from those crimes, in their countries. Most people feel they are poorer and have watched as their women and children are being raped with the perpetrators having little or no consequence. That isn’t the definition of ‘progress and prosperity’ for most.

In the interview with the German daily, Grandi condemned Interior Minister Horst Seehofer’s labelling the massive immigration influx resulting from Chancellor Angela Merkel’s open borders as having become “the mother of all problems”.

Filippo stated that the propensity for politicians to frame the phenomena as a “major problem” was “unfortunate” because it encourages the opposition to mass, third world migration.

The refugee commissioner said: “The constant problematisation of migration fuels an atmosphere of fear and sometimes even hostility, which is very dangerous and results in a vicious circle where the heated mood strengthens migration opponents, which in turn makes finding solutions [to illegal immigration by boat]difficult.”

He insists there is no migrant crisis in Europe, claiming that the number of people arriving has “fallen sharply”.

During the interview he expressed “concern” over the decline in arrival numbers, the reduction in NGO activity having fallen significantly in the Mediterranean after Italian authorities made it much more difficult for open borders activists with private financing working with criminal traffickers to ferry migrants from Africa to Europe.

When asked that development economists have suggested it would be more ethical to help refugees to stay in their home regions, he claimed: “Excuse me, but that is the wrong debate as 90 percent of the world’s refugees are already in those regions.

“If [development economist Paul]Collier wants to argue these countries [hosting refugees]need more support then I completely agree with him, but here we are talking about a migration crisis in Europe which does not exist.”

Grandi believes that “Europe needs migration”, saying that the EU “should therefore create ways for economic migrants to come to Europe legally [from the third world]and not burden the asylum system”.

His comments only further expose the chasm between the elites who profit from migration and the civilisations forced to suffer the consequences of the influx of migrants living among them.