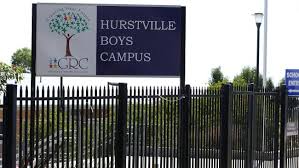 Let’s try this experiment in Saudi Arabia, shall we? Christian students refuse to pray to Allah because it is not part of their culture. I wonder how long they would last…

Not here in dhimmified Sydney, where we must kowtow to misogynistic Islamic sharia law in order to avoid being called RACIST:

A public school in Sydney’s west has adopted a policy permitting Muslim male students to decline to shake hands with females, despite­ the practice having been denounced by many senior Islamic figures.

The Hurstville Boys Campus of Georges River College in Sydney recently hosted an awards ­ceremony at which female present­ers, including several accom­plished and respected members of the local community, were told by one of the school’s two principals that some students would not shake their hands because of their Muslim faith.

The instruction is understood to derive from an Islamic hadith — a report describing the words, action­s, or habits of the Islamic prophet Mohammed — stating that “it is better to be stabbed in the head with an iron needle than to touch the hand of a woman who is not permissible to you”.

The NSW Education Department has confirmed the school had an “agreed protocol” regarding handshaking and Muslim ­students.

Personally, I don’t give a f**k about any idiotic ‘protocol’ and think that Muslim students in Australia should be taught what Australian customs and manners require. End of story.