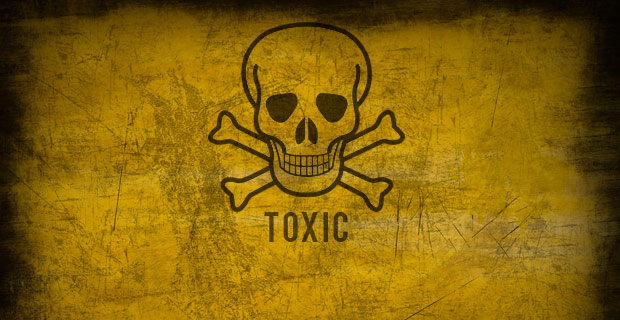 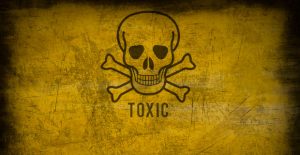 The Fluoride Action Network (FAN), along with a coalition of environmental and public health groups has filed a complaint in the U.S. District Court for the Northern District of California against the U.S. Environmental Protection Agency (EPA) in response to their denial of our petition under Section 21 of the Toxic Substances Control Act (TSCA) seeking a ban on water fluoridation.

We believe this lawsuit is an unprecedented opportunity to end the practice once and for all in the U.S., and potentially throughout the world, based on the well-documented neurotoxicity of fluoride. You may read the official complaint here. According to FAN’s attorney and adviser, Michael Connett:

“This case will present the first time a court will consider the neurotoxicity of fluoride and the question of whether fluoridation presents an unreasonable risk under the Toxic Substances Control Act (TSCA).

And, in contrast to most other legal challenges of Agency actions, TSCA gives us the right to get the federal court to consider our evidence ‘de novo’ — meaning federal courts are to conduct their own independent review of the evidence without deference to the EPA’s judgment.”

Industry, legal and environmental observers following the EPA’s implementation of the new TSCA law have pointed out that a lawsuit1 challenging the EPA’s denial of our petition would provide a test case for the agency’s interpretation that petitioners must provide a comprehensive analysis of all uses of a chemical in order to seek a restriction on a particular use.

On November 22, 2016, a coalition including FAN, Food & Water Watch, Organic Consumers Association, American Academy of Environmental Medicine, International Academy of Oral Medicine and Toxicology, Moms Against Fluoridation and several individual mothers, filed a petition calling on the EPA to ban the deliberate addition of fluoridating chemicals to the drinking water under provisions in the Toxic Substances Control Act (TSCA).

The petition includes more than 2,500 pages of scientific documentation detailing the risks of water fluoridation to human health.The full petition can be accessed here, a shorter eight-page summary here and our press release here.

We presented the FDA with a large body of human and animal evidence demonstrating that fluoride is a neurotoxin at levels now ingested by many U.S. children and vulnerable populations. We also presented the agency with evidence showing that fluoride has little benefit when swallowed and, accordingly, any risks from exposing people to fluoride chemicals in water are unnecessary.

We believe an impartial judge reviewing this evidence will agree that fluoridation poses an unreasonable risk. On February 27, 2017, the EPA published their response.2 In their decision, the EPA claimed:

“The petition has not set forth a scientifically defensible basis to conclude that any persons have suffered neurotoxic harm as a result of exposure to fluoride in the U.S. through the purposeful addition of fluoridation chemicals to drinking water or otherwise from fluoride exposure in the U.S.”

As many independent scientists now recognize, fluoride is a neurotoxin.3 The question, therefore, is not if fluoride damages the brain, but at what dose. While EPA quibbles with the methodology of some of these studies, to dismiss and ignore these studies in their entirety for methodological imperfections is exceptionally cavalier, particularly given the consistency of the findings and the razor-thin margin between the doses causing harm in these studies and the doses that millions of Americans now receive.

EPA’s own Guidelines for Neurotoxicity Risk Assessment highlights the importance of having a robust margin between the doses of a chemical that cause neurotoxic effects and the doses that humans receive. FAN presented the EPA with over 180 studies showing that fluoride causes neurotoxic harm (e.g., reduced IQ), pointing out that many of these studies found harm at levels within the range, or precariously close to, the levels millions of American children now receive.

Typically, this would be a cause for major concern. But, unfortunately, the EPA has consistently shied away from applying the normal rules of risk assessment to fluoride — and it has unfortunately continued that tradition with its dismissal of our petition.

Fortunately, the TSCA statute provides citizens with the ability to challenge an EPA denial in federal court. For too long, EPA has let politics trump science on the fluoride issue (see examples). FAN welcomes having these issues considered by a federal court, where scientific evidence has a better chance of being weighed objectively.

To accompany our lawsuit, FAN is offering a new DVD and a comprehensive campaign flash drive package. The DVD features the video, “Fluoride and the Brain,” in which Michael Connett explains that fluoride’s ability to lower IQ in children is just the tip of an iceberg of over 300 animal and human studies that indicate that fluoride is neurotoxic.

We have also made a comprehensive collection of campaign and educational videos available on a single flash drive for a limited time. It also includes our EPA petition and supporting documentation. This is a must-have for every fluoride-free campaigner’s toolkit.4  Another must-have is the book “The Case Against Fluoride,” by environmental chemist and toxicologist Paul Connett, Ph.D., which contains a comprehensive science-based argument for the end to artificial water fluoridation.

Winning this lawsuit will require a full team effort, and we want you to feel a part of that team and a part of this moment in history. Please consider playing a larger role in this potentially fluoridation-ending lawsuit by making a tax-deductible contribution.

Since submitting our citizen’s petition to the EPA, we have learned even more about the threat to the next generation. Some children in the U.S. may be consuming enough fluoridated water to reach doses of fluoride that have the potential to lower their IQ, according to a research team headed by William Hirzy, Ph.D., a former senior scientist at the EPA who specialized in risk assessment and published an important risk analysis in the journal Fluoride last year.5

Current federal guidelines encourage the addition of fluoride chemicals into water supplies to reach 0.7 milligrams per liter (mg/L). Hirzy followed EPA risk assessment guidelines to report: “The effect of fluoride on IQ is quite large, with a predicted mean 5 IQ point loss when going from a dose of 0.5 mg/F/day to 2.0 mg F/day.”

Many children in the U.S. commonly consume these levels of fluoride within this range from all sources (i.e., water, food, dental products, medicines and air pollution). Hirzy explains the significance of this study:

One well-conducted Chinese study indicated that children exposed to 1.4 mg/day had their IQ lowered by 5 IQ points. Current average mean daily intakes among children in the United States are estimated by EPA to range from about 0.80 mg/day to 1.65 mg/day. Fluoride may be similar to lead and mercury in having no threshold below which exposures may be considered safe.”

Dr. Bill Osmunson, FAN’s interim director, noted that this risk analysis adds further weight to the petition submitted to the EPA by FAN and other groups in November to ban the addition of fluoride chemicals to drinking water under provisions in the Toxic Substances Control Act.

FAN progress isn’t limited to the legal world. Our relentless effort to get the U.S. government to take fluoride’s neurotoxicity seriously is also beginning to pay off in other ways. For many years, American regulatory and research agencies have failed to finance studies seeking to reproduce the many studies undertaken abroad that have found harm to the brain (over 300).

When toxicologist and pharmacologist Phyllis Mullenix, et al., published their groundbreaking animal study6 on fluoride and animal behavior in 1995, she was fired from her position as chair of the toxicology department at the Forsythe Dental Center. That sent a chilling message to U.S. researchers — research on fluoride toxicity is a “no-go” area. But that is changing. Now, with the U.S. government funding several important toxicology studies, this should encourage other Western researchers to get involved:

Rocha-Amador is also examining the impact of fluoride on thyroid hormone levels in pregnant women, and published a fluoride/IQ study in 2007.13

We still have to be vigilant to make sure that those determined to protect the fluoridation program don’t skew the results. For example, it is worrying that the NTP specified that an animal study should be conducted at 0.7 ppm — which is a ridiculous provision for an animal study on fluoride. For example, it is well-known that rats need a much higher dose of fluoride in their water to reach the same plasma levels in humans.

Moreover, it is standard practice in toxicology to use much higher doses in animals to tease out effects. To conduct experiments on animals at expected human doses would require a huge number of animals, which would be cost prohibitive. These studies also raise a significant question for those who continue to promote fluoridation in local communities and legislatures around the world.

“What primary scientific studies (not bogus reviews conducted by pro-fluoridation agencies) can you cite that give you the confidence to ignore or dismiss the evidence that fluoride damages the brain as documented in over 300 animal and human studies(including 50 IQ studies)?”

As shown by its support for these new neurotoxicity studies, our own government has acknowledged the risk fluoride poses to our children. If proponents cannot provide an adequate scientific answer to this question, then fluoridation should be halted immediately, and should under no circumstances be initiated.

Progress is also being made on the political front. U.S. Center for Disease Control (CDC) fluoridation statistics for the U.S. have been released for 2014,14 and they show exactly why the fluoridation lobby has been pouring more money and resources into promoting the practice and fighting our efforts: WE ARE WINNING!

Momentum Continues to Build Thanks to Citizens Like You

More than 460 communities throughout the world have ended existing fluoridation programs or rejected new efforts to fluoridate either by council vote or citizen referendum since 1990. Since January 2016 alone, we’ve confirmed that at least 33 communities with nearly a million collective residents voted to end fluoridation, bringing the number of victories since 2010 to at least 225 communities,15 representing approximately 6.5 million people.

Most of these victories were the result of citizens organizing local campaigns and voicing their opposition to public officials, with many working in coordination with FAN or using our materials to educate their neighbors and local decision makers about the serious health risks associated with the practice. Some of the latest victories in the U.S. and abroad include:16

Help us continue this momentum by supporting the efforts of FAN, and by joining or initiating your own local campaign to end artificial water fluoridation. FAN would like to thank Dr. Mercola for his continued support and generosity in raising our awareness of the risks from overexposure to fluoride.