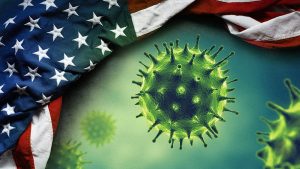 The Fairview Development Center in Costa Mesa, California, where the US government just tried to quietly house 35-50 infected coronavirus patients, is a state-run facility for the mentally disabled, with a “shadow staff” of 200 people but only six patients according to official records.

Notably, the center has no biocontainment facilities and no staff trained in level-4 biohazards. It’s actually described as a kind of “prison” by critics who also call it “shoddy” and “run down,” with the “odor” of jail (see source below).

It begs the question: Why would the United States Air Force attempt to relocate up to 50 infected coronavirus patients to a facility with no biocontainment capabilities, right in the middle of a high-density population area near Los Angeles?

Why wouldn’t the Air Force just keep the infected patients at the Travis Air Force Base where they have containment? This idea of “exporting” infected patients into a high-density city near Los Angeles seems incredibly unwise, if not criminally negligent.

Finally: How can there be up to 50 infected patients trying to be moved by the Air Force when the CDC says there are only 35 infected people in the entire nation?

That question, of course, almost answers itself.

The Department of Developmental Services provides services and supports to individuals with developmental disabilities through state-operated developmental centers and community facilities.

Although nearly shut down today, the center still has 200 staffers on its payroll (source), and it’s not clear what those 200 people are doing since there are only six patients remaining. (Your own theories are welcomed…)

The center has a history of mysterious deaths and sexual abuse of residents, yet has achieved a 100% vaccination rate among all its residents over the many years it has existed. According to public records, over 43% of patients there are given “hypnotic drugs” and similar pharmaceuticals.

The Fairview facility has 396 beds and has housed hundreds of mentally disabled individuals with autism, Down’s Syndrome, cerebral palsy and other development disorders. In 2016, a plan was unveiled to close the facility, but it remains semi-operational. Gov. Newsom is looking into transforming the entire thing into a kind of homeless camp.

Last week, the U.S. government tried to secretly export 35-50 infected patients out of Travis Air Force Base and deposit them in the Fairview facility. City officials of Costa Mesa got word and filed an emergency lawsuit with federal courts in California, achieving a temporary restraining order prohibiting the transfer of patients there.

The Fairview facility is located just south of Los Angeles, near Huntington Beach / Newport Beach. In their lawsuit, Costa Mesa officials warned the facility was right in the middle of a county of three million people.

A retired police officer from San Diego describes the facility as a “prison camp” with prison-like conditions.

Via the OC Register:

Larry Ingraham, whose brother died in Fairview in 2007 from a broken neck, wants the state to shutter the developmental centers.

“It’s like a prison,” said Ingraham, a retired police officer from San Diego.

Perhaps that’s why the Air Force chose it for a coronavirus “quarantine,” but without any isolation facilities, it will be no more effective as a quarantine facility than the Diamond Princess cruise ship.

The fact that the U.S. Air Force was trying to house 50 infected coronavirus patients at this facility should send shivers down the spine of anyone living in Southern California.

But remember, the CDC says there are no “community outbreaks” because they aren’t testing for community outbreaks. And according to the CDC’s published testing guidelines, there will never by any confirmed outbreaks in America, since the CDC prohibits the testing of any American who is infected by another person in America who hasn’t been to China.