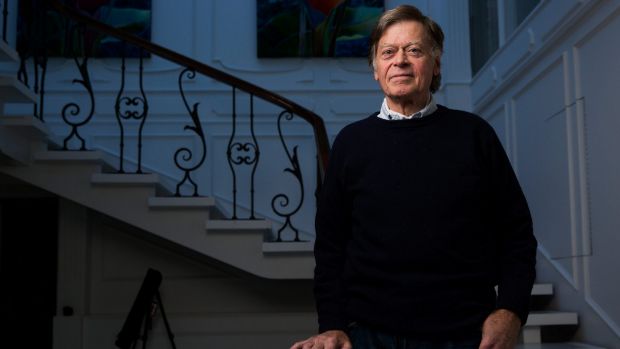 Just when you thought the Australian Government could not get any more totalitarian, a Victorian GP with more than 40 years’ experience is being hounded and threatened with prosecution and deregistration.
His crime? Writing medical exemptions for families whose children are at immediate risk of harm or even death due to vaccination!
Dr Piesse has fought against the establishment and for the rights of families for decades. Now, he is fighting for the right to keep helping us and he needs our assistance!
He and other GPs who support parental health choice are being targeted by our health minister, their own industry groups such as the AMA and RACGP and the mainstream media.
Greg Hunt has threatened to “find” any doctor who writes medical exemptions for families and the Northern Star newspaper has asked its readers to “Dob in a Doctor” in a move reminiscent of the novel 1984 where neighbour was asked to spy on neighbour by Big Brother.
Dr Piesse has vowed to fight these efforts but he needs our help. A GoFundMe account has been set up to hopefully raise the $100,000 it may cost to defend his right to help parents as he has done for decades.
The AVN would like to ask all of you reading this message to please give what you can to this appeal and to share this widely with your contacts by email and on social media.
Please use the hashtag #istandwithdrpiesse and click on this link to go to the official fundraising page.
Thank you for your help with both supporting and sharing this!
The AVN Team

@gus: We in Australia have some choices. We must discard these New World Or...
@gus: State total control, socialism or Communism is effected by conquest an...
@gus: The Holocaust and the CoVid-19 pandemic are joined at the hip. They c...
@gus: More and more it is becoming very obvious that our Government and Main...
@gus: It never ceases to amaze me that our Governments are so ignorant. A s...
@gus: The old saying rings true. "You can fool some of the people sometime ...
@gus: Apologise as the above link has been edited. Must be hitting a nerve? ...
@gus: It has taken awhile for science to admit to the bleedin' obvious that ...
@gus: Total State Servility has arrived and we can thank ourselves for allow...
SouthOzMan: Tweet from Australian News The Age · 12h The chairman of ...