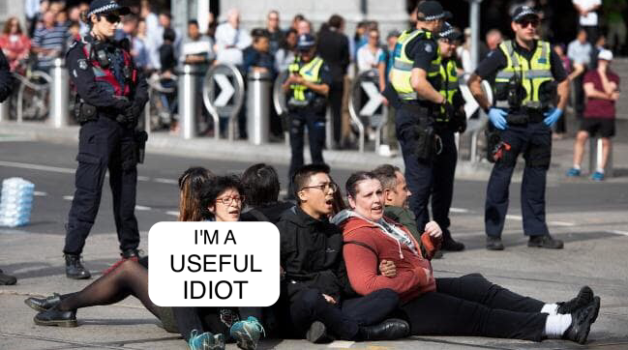 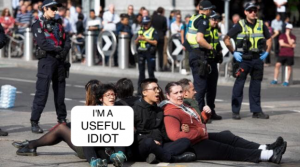 The last week has seen vegan activists take to the streets, public places, commercial properties and even private property to get the message across. But what aren’t we seeing here?

Vegans everywhere seem to be uniting and conducting grass-roots activism across the country. From holding up peak-hour traffic in Melbourne’s CBD to storming the fences and raiding private paddocks of farmers in Queensland.

Their message is the same across the country; Watch the documentary Dominion and open your eyes to the inhumane activities of our meat production industry.

Fair enough. I’m sure many of us would be shocked to learn how our commercially produced bacon and eggs hits out plate on a Sunday morning. The activists message is consistent and they’ve shown solidarity across all of their well coordinated actions.

Does that mean we’ll stop eating meat? Sure, a small minority might change their ways. But the majority of us probably won’t. Even with the massive amounts of mainstream media coverage they’re receiving.

Look at it this way, we’ve seen protests take place (and even documented them here at Real News Australia) for causes like Chemtrails & Geo-engineering awareness, Anti-Vaccine & No Jab – No Play/Pay awareness, even the Yellow Vest Movement which occurred in cities across the country and the world simultaneously. All receiving ZERO mainstream media coverage. Yet these causes affect everyone! All human beings. Not the animals on our dinner plate. Humans. But this is apparently not worthy of entering the news cycle.

So why is this recent spate of vegan activism so newsworthy?

In this instance the majority of the public sees the activism itself as the problem. Not their cause. This is due to how they have impacted the lives of the public at large with their seemingly inconvenient actions.

The outcry from an official standpoint is one of disgust.

“It is shameful, it is un-Australian,” Mr Morrison told 2GB radio.

As we see here Prime Minister Scott Morrison’s reaction clearly displays his opinion of the activists. Mainstream Media outlets are going so far as calling them extremists and terrorists as well. All one needs to do is head to social media and get the vibe of most Australians. They hate the Vegans and want to see them punished.

This leads us to the next step in the Hegelian Dialectic. Solution. The solution is what’s called for by the public and the establishment is always there to offer it up because it’s what they’ve wanted to implement from the beginning. They just didn’t want to force it on you. They wanted you to demand it. That way they come off as benevolent for giving us what we asked for.

In this case what we’ve seen so far is the demand for tougher penalties for activists and restricted abilities to conduct protests. In other words, less freedoms. Reduced freedom of speech and cutting ways of communicating and organizing protests as well as those aiding in the funding.

Don’t kid yourselves folks, these proposed laws will not be specifically targeted at “Vegans”. They have unwittingly become useful idiots. A phrase often incorrectly attributed to Lenin. But nonetheless they are indeed that.

The Vegan cause has now ironically become a tool of oppression.

For more information on how the Australian government has been curtailing your freedoms with regards to protests please check out this article by our good friend and podcast co-host Ethan Nash of TOTTnews.com.