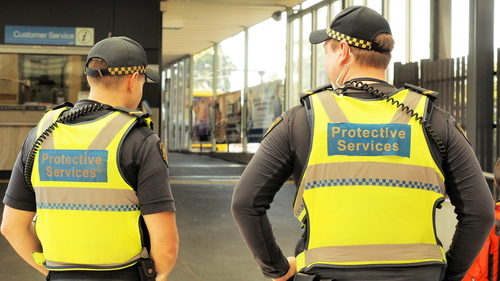 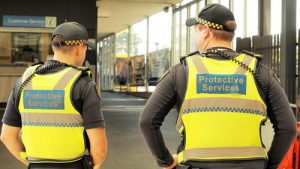 Under its original strategy to enforce public health laws which were created at the height of the COVID-19 Pandemic, the Victorian Government expanded the powers of ‘protective services officers’  (PSOs) on an emergency basis. Now, they want those powers not just to remain, but to be further expanded.

PSOs have been deployed in Victoria since 2012. They are trained officers recruited to patrol train stations after dark. They have similar powers to police and carry guns, but could, prior to COVID-19, only use their powers on duty, and in designated areas.

But during the pandemic, the Victorian Government extended their areas of responsibility and PSOs were dispatched to major shopping strips and commercial centres too, under state-of-emergency laws. Originally, it was expected that this move was a temporary one, but now, Victoria Police and the State Government want the arrangement to be permanent.

They also want to employ PSOs at more locations, as well as major events when they are able to occur, at the same time as maintaining a PSO presence on the rail network.

Since the start of April, PSOs have arrested 406 people, handed out 293 infringement notices – including for breaches of COVID-19 restrictions – and stopped and checked more than 7000 people.

While Police report that in the areas PSOs were deployed crime rates are down and people have felt ‘safer’ during this uncertain time, the data shows that during the pandemic, the top reasons PSOs made arrests were theft, shop theft and being drunk in a public place.

The latter is an offence that the Victorian Government has said it is committed to abolishing.

Last August the Government said it would decriminalise public drunkenness only days before the start of the inquest into the death of Tanya Day who died in hospital from a bleeding brain caused by a fall in a police cell, which went unnoticed while she was in custody. She had been arrested for being drunk on a train and was put in a cell for the prescribed four-hour period to sober up.

Victoria and Queensland are currently the only states or territories in Australia where being drunk in public is still considered a crime.

Police Accountability advocates in Victoria are concerned that any expanded powers for PSOs need serious consideration, warning that increased police powers are incrementally eroding hard-won civil rights.. Added to this, there is very little public confidence in the police complaints system.

This is a classic example of law makers introducing ‘temporary’ measures to deal with a public threat. When the threat has passed sunset clauses are not honoured, and authorities use the opportunity to make amendments to laws permanent.

Australia has introduced more than 80 harsh new laws under the guise of dealing with the threat of  terrorism since 911. Over time these have eroded our privacy and freedoms and resulted in increased powers and weaponry for police.

Aboriginal people and other marginalised groups like the homeless tend to suffer the most from over-policing.

More police powers is not the answer

During the pandemic, there has been a strong case to suggest that it’s been the cooperation of ordinary people that’s stopped the spread of the coronavirus, not heavy-handed policing.

While harsh new laws were put in place, and police forces were bolstered by number and increased powers, and have indeed flexed their muscle, handing out many fines in questionable circumstances, by and large people got the message and stayed home, or kept their distance from each other in public places.

This had nothing to do with a fear of being fined, but rather a strong buy-in to health advice, and a desire to ensure their own personal safety, as well as adhere to sensible measures which they understood would slow the spread of COVID-19, so that life could return to some sense of ‘normality’ sooner, rather than later.