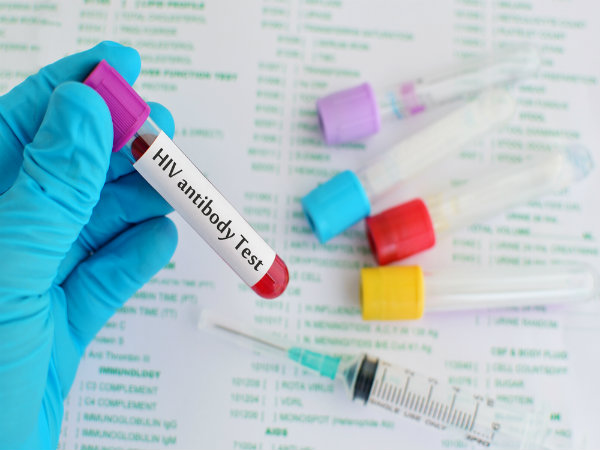 There are a number of cases in which a virus is said to be the cause of a disease—but the evidence doesn’t stand up.

I first realized this in 1987. I was writing my book, AIDS INC., Scandal of the Century.

Robert Gallo, who claimed he had found the cause of AIDS, hadn’t done proper work. From everything I read, he claimed to have discovered HIV in a low percentage of AIDS patients he had studied.

He should have been able to isolate HIV in virtually every patient.

Then there was the fact that the most popular tests for HIV, the Elisa and Western Blot, were fatally flawed. They could register positive for a whole host of reasons that had nothing to do with HIV.

And no one had found sufficient quantities of HIV in humans to justify claiming it caused any kind of illness.

My own research into the so-called high-risk groups revealed that the “AIDS” immune suppression in those groups could be explained by factors other than a virus.

(Note: All my research at that time assumed HIV existed. Since then, several researchers, including the Perth Group, have made compelling arguments that the existence of HIV was never demonstrated.)

As I was winding up the final draft of AIDS INC., I spoke, off the record, with a well-known and well-respected mainstream virologist at a large US university. I expressed my conclusions about HIV.

He spoke, first, about the difficulties in making an absolute decision about a virus as the cause of a disease.

I brought the conversation back to HIV.

He paused. Then he repeated that he couldn’t go on the record. I asked him why.

He said HIV was a subject fraught with problems. Politics were involved.

He said he and his colleagues were taking a pass on getting into a dispute about the virus. They were aware that the science was shaky. They just didn’t want to go near it. They might enter into other arguments about other kinds of research, but as far as they were concerned, HIV was off-limits.

His obvious implication was: careers were on the line.

Attacking HIV as the cause of AIDS could result in blacklisting.

He stopped short of saying HIV wasn’t the cause of AIDS, but it was clear he had seen enough to know there were major holes in HIV science.

This was a man who had no interest in unconventional points of view. He was an orthodox researcher from A to Z. He wasn’t a rebel of any kind. And yet he readily admitted to me that the whole AIDS research establishment was proceeding on a lack of proof.

Exposing this fact would go far beyond the usual definition of a scandal. The result would be a volcanic eruption, if, say, a dozen respected virologists told the truth.

After we finished our conversation, I understood something about consensus reality. It contains elements about which people can argue in public—but then there are other elements which are completely out of bounds, which can never be refuted in a mainstream setting.

Why? Because if certain lies are exposed, they initiate a contagion of doubt and insight that spreads to the whole complex inter-structure of what people take to be reality.

Great curtains are torn away. Pillars are cracked, and fall. Images which are taken to be absolute and unchanging distort, dissolve, and blow away in the wind.

A week after AIDS INC. was shipped to bookstores, in 1988, my friend and colleague, hypnotherapist Jack True, told me a copy of the book was on its way to Russia in a diplomatic pouch.

I asked him how he knew. He shrugged and said he had a few connections.

Of course, I’ve never heard anything back about the Russian response to the book, but I find it interesting that, in America, my publisher and I never made any headway in connecting with government officials.

There was one exception. In 1987, I had a conversation with James Warner, a White House policy analyst. The interview was published in the LA Weekly.

Warner had serious doubts about the HIV theory of AIDS, and would arrange a White House conference on the issue. Pro and anti HIV scientists would be permitted to speak at length.

At the last minute, the conference was cancelled.

Here are a few brief excerpts from my conversation with Warner. As a White House analyst, his comments are explosive:

Warner: The government really hasn’t fulfilled its role in providing good information [on AIDS]. We just may not know enough. With AIDS, we’re dealing with a syndrome, not a disease. We may see a patient who has a genetic defect that’s causing his immune deficiency [instead of HIV being the causative agent]. I’m not satisfied we know all we think we do, by any means.

Rappoport: Robert Gallo, Max Essex, people like that, were the field commanders in the NIH [National Institutes of Health] war on cancer in the 70’s. They lost that war. So why are they in charge of AIDS research now? It seems odd that we don’t have other people running the show.

Warner: If ever I’ve been tempted to believe in socialism, science has disabused me of that. These guys [at NIH] assume that it’s their show. They just assume it.

Rappoport: Peter Duesberg, a distinguished molecular biologist at Berkeley, has said that HIV does not cause AIDS. Have you asked people at NIH what they think, specifically, of his arguments?

Warner: Yes. I’ve been told that Peter Duesberg’s refutation of HIV has been discounted by the scientific community. I was given no explanation as to why. I was very offended. No evidence was presented to me. Just that Duesberg had been ‘discounted.’ That’s absurd. It’s not a scientific response to dismiss Duesberg as a crank.

Rappoport: The definition of AIDS in Africa is now becoming synonymous with starvation. They’re saying the three major symptoms are chronic diarrhea, fever, and wasting-away. Weight-loss. It certainly makes a perfect smokescreen for the
aspect of hunger which is political [and intentionally maintained] – just call it AIDS.

Warner: I had not considered that. There is a program to make Africa self-sufficient by the year 2000. This could certainly hinder that activity. You know, I was a prisoner of war in Vietnam. I experienced weight-loss of eighty pounds. And when I came home, I was suffering from a form of dysentery that you could call opportunistic. A number of us were. We didn’t have AIDS.

In this current political atmosphere, a White House analyst wouldn’t dare go on the record with comments like these.

Rigid consensus must be maintained, at any cost.

Truth is beside the point.

3 thoughts on “Virus fakery: my conversation with a White House policy analyst”