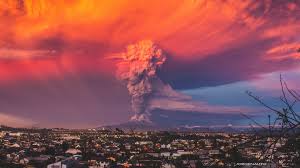 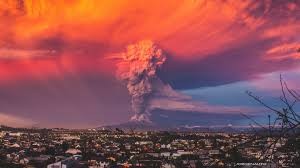 All of a sudden, the Ring of Fire is starting to tremble violently.  Last month, we had a whole bunch of major earthquakes along the Ring of Fire, and this month volcanoes all over the Ring of Fire are erupting.  Of course there has always been seismic activity within this giant band that stretches around the Pacific Ocean.  After all, approximately 75 percent of all volcanoes are located in the Ring of Fire and approximately 90 percent of all global earthquakes occur along the Ring of Fire.  But what is alarming is that the level of activity appears to be rising.  Chile is experiencing almost constant shaking by earthquakes, a volcano in Peru just awakened for the first time in 40 years, and major volcanic eruptions have just taken place in Ecuador, the Kamchatka peninsula and off the coast of Japan.  The west coast of the United States also lies along the Ring of Fire, but so far it has gotten off easy.  Yes, there has been a little bit of shaking in southern California in recent weeks, but it hasn’t been too bad.  But scientists assure us that will change.  At some point, there will be a major seismic event along the west coast.  It is only a matter of time.

Unfortunately, the mainstream media in the United States pays very little attention to seismic activity around the rest of the world unless it happens in a heavily populated area.  But the truth is that we have been witnessing some very unusual things lately.

For example, a volcanic eruption off the coast of Japan has created a brand new Island called “Niijima” that is literally eating another small volcanic island next to it…