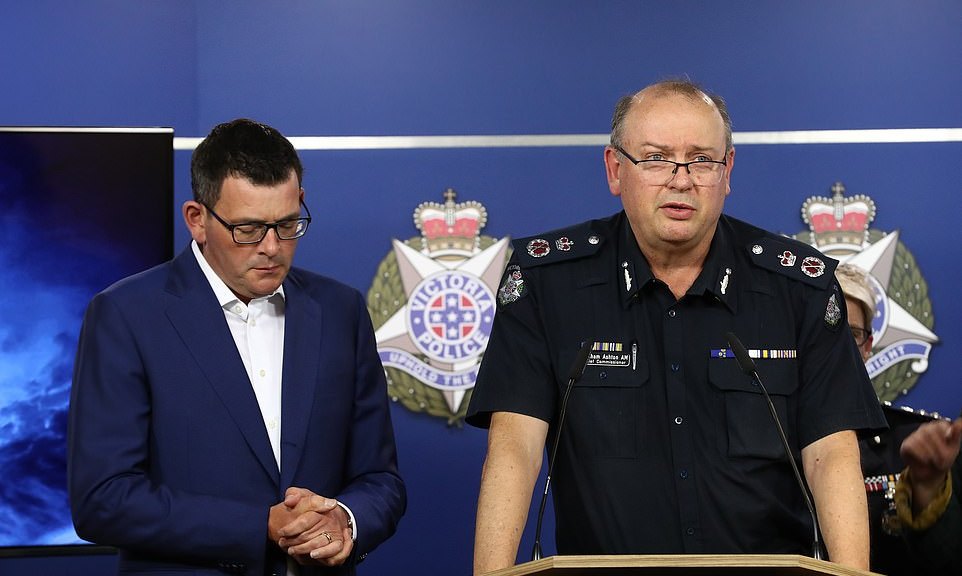 Another day in vibrant Melbournestan:

Kudos to those shop owners who stood their ground and non-kudos to those who stood back and filmed. It appears the elders were the ones doing the fighting while the young ones did nothing. To be fair to the shop owners, Australia’s self-defence laws have them already at a disadvantage and it’s surprising Victoria Police haven’t laid charges of assault on the defenders.

It was this response from Victoria Police that really grinds our gears:

To be quite frank, take the paternalistic bullshit elsewhere, Victoria Police. Victoria Police and the judicial system have been doing a completely garbage job in handling this issue. Citizens are sick and tired of the crime, sick and tired of no arrests, soft sentences, gaslighting from Daniel Andrews and Lisa Neville and sick of an apologist media (hello Fairfax and the ABC/SBS) calling them racist for observing reality. To then tell them not to fight back and just be victims is the straw that breaks the camel’s back.

In Australia “vigilantism” has been very deliberately conflated with anything self-defence related. Self-defence is seen as “vigilantism”that should only be left to the “professionals” and we can’t have that because something something America. Only people in uniform can protect themselves, anything else is considered vigilantism and we don’t need cowboys and yahoos taking the law into their own hands, etc. This cultural meme is absurd and needs to end.

This is very deliberate and part of the long-term demoralization of the country – a discussion for another time.

Furthermore, when Police continue to lobby against the public owning the tools to self-defence then you continue to alienate and drive a wedge between yourselves and the law-abiding public. We have seen this consistently from just about every Police jurisdiction in the country – complete hypocrisy when they have the tools to protect themselves with.

Ask Dean Webber how it went when he called Queensland Police to help him in a home invasion.

Police cannot protect you, it’s unknown how many times this needs to be proven but the indoctrination that has taken place around this subject in Australia, especially in the post Port Arthur period, shows said indoctrination needs to be broken.

If Australian Police want to start supporting the public in protecting themselves, rather than lecturing them on how best to be victims while they arrive too late and complain they are understaffed and overworked (which they are), then you’ll get unequivocal support from the public. Right now you’re just aggravating them.

Self-defence is the most basic of human rights and the right itself is meaningless without access to the legal means. It starts with the complete legalisation of non-lethal means of self-defence and private citizens that can meet the same standards as Police should have the option to carry a concealed firearm. There is no good argument against this, particularly when Police hold Category H handgun licence holders to a far higher standard than themselves.

Note to Australians: no-one else is coming to save you. If you want self-defence laws strengthened and self-defence items available to protect yourselves and your family, then you’re going to have to demand and push for them. Social media outrage doesn’t do as much as you think it does, which is realistically nothing aside from a brief moment of catharsis and a dopamine hit.

Just like your personal safety and security, your country is your responsibility and until that cultural shift takes place in terms of self-defence, then this kind of violent criminal nonsense will continue unabated.

The Liberals were no better, but you voted for this Victoria.

7 thoughts on “WANKERS: VICTORIA POLICE TELL CITIZENS NOT TO FIGHT BACK AGAINST AFRICAN GANGS”