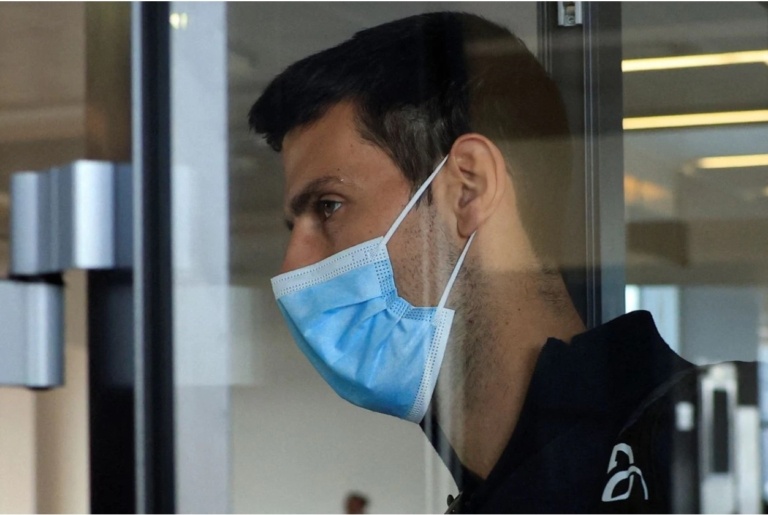 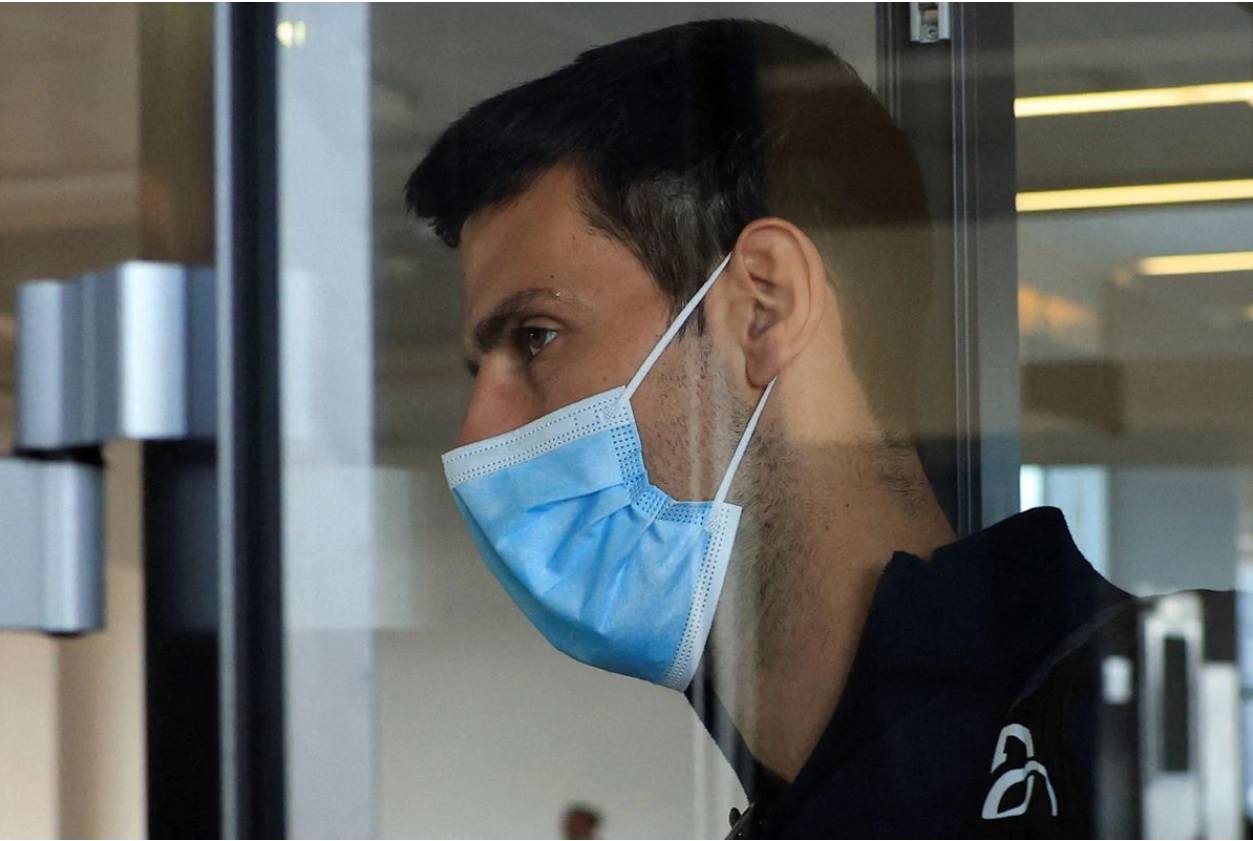 Was Tennis Star Novak Djokovic’s Media Coverage in Australia All a Show to Promote his New Biotech Pharmaceutical Company?

I have never really been a fan of tennis, but like many in the Alternative Media, I watched the saga unfold in Australia recently with the world’s number 1 professional tennis star, Serbian Novak Djokovic, who ended up not being able to defend his title in the Australian Open, allegedly due to his stance against the mandates for the COVID-19 shots.

Due to his position against mandated COVID-19 shots, and the alleged trouble he was having in Australia, his name was in my news feed non-stop for many days, with the result that he gained international fame not only among tennis fans who already knew him due to his superstar status as a tennis player, but also among the “anti-vaxxers” crowd where he instantaneously achieved “superstar” status as well, even if people had never heard of him before because they don’t follow tennis.

I have to admit that I was considering publishing a story about his saga myself here on the Health Impact Newsnetwork, but as the story unfolded it got stranger, and the longer it dragged on, the more the Alternative Media continued publishing stories about him, portraying him as a victim of “the mandates.”

So as his press coverage increased, I decided to take a pass on his story, since it was already getting so much coverage in the Alternative Media, and something just didn’t seem right to me about the whole thing. It just seemed that whatever the real issue was, it could have been dealt with one way or another very quickly, even before he arrived, or stopped him from going there altogether.

Then yesterday, January 19, 2022, ZeroHedge News published a report on Novak Djokovic revealing that he “owns 80% stake in Biotech firm working on COVID cure,” based on a Reuter’s story.

Since being deported from Australia last week, men’s tennis champion Novak Djokovic has returned to Belgrade, where he lives with his family.

Having inadvertently (or not) become the locus of the international debate about mandatory vaccinations, Reuters reported that Djokovic and his wife hold a combined 80% stake in Danish biotech firm QuantBioRes, which is working on developing a cure for SARS-CoV-2.

QuantBioRes boss Ivan Loncarevic has described himself as an entrepreneur, he reportedly said the tennis player’s acquisition of the 80% stake was made in June 2020, but declined to say how much Djokovic shelled out for his stake.

The firm said the company had about a dozen researchers working in Denmark, Australia and Slovenia. According to the Danish company register, Djokovic and his wife Jelena own 40.8% and 39.2% of QuantBioRes, respectively.

Copenhagen-based QuantBioRes is aiming to develop a ‘peptide’ treatment against Covid-19 which would inhibit the virus from infecting human cells. Later this year, the company expects to launch clinical trials in the UK; it has around a dozen researchers working in Denmark, Australia, and Slovenia, Loncarevic explained. (Source.)

Since I am not a tennis fan and have not followed Djokovic all that closely, I do not know if in his interviews he prefaces his negative comments about the COVID-19 vaccine mandates with the obligatory “I am not an anti-vaxxer,” but if this news report originally from Reuter’s is correct, he is most definitely not only pro-Big Pharma, but is looking to get a piece of the pie in COVID-19 treatments as well.

ZeroHedge goes on to report that Djokovic earns more income outside of tennis than he does as a professional tennis player, so it would make sense that he could have potentially given up his chance at defending his title at the Australian Open to be able to cash in on a larger financial windfall down the road for his drug company, by capitalizing on his stance against the mandates for COVID-19 shots.

Djokovic has enjoyed phenomenal success – Forbes listed Djoko as one of the world’s top-50 highest paid athletes for 2021, tabulating his on-court earnings at $4.5MM. That number was dwarfed by the $30MM he supposedly earned off the court. His total career earnings are believed to be around €150MM ($170MM). (Source.)

I certainly do not mean to question Djokovic’s motives and intentions in taking a stand against the mandates for COVID-19 shots. For all I know, he sincerely holds these opinions.

But what is clearly beginning to emerge is an effort to redefine “Anti-Vaxx” or “Anti-Vaccine” to mean simply taking a stance against the mandates of COVID-19 shots.

As the Vaccine Adverse Events Reporting System (VAERS) reveals, more seniors over the age of 65 have died following the experimental COVID-19 shots than any other age group.

In fact, if you count those over the age of 65 in the “unknown” age group, then this age group comprises over 50% of all deaths following COVID-19 shots, more than all the other age groups combined. (Source.)

And yet, Malone continues to enjoy his “superstar” status in the Alternative Media where he is never questioned about his ties to Big Pharma and his other very obvious pro-vaccine stances, including being pro-COVID-19 vaccines for certain age groups.

This goes for pretty much all the other pro-vaccine and pro-pharma medical doctors who have achieved “superstar” status almost overnight due to their “opposition” to the COVID-19 vaccine mandates.

And now we can add non-medical doctors who also appear to be jumping on this new bandwagon called “Against the Mandates” while also profiting from Big Pharma and the whole COVID scam, such as Tennis star Novak Djokovic who has now started his own pharmaceutical company.

Will these new “superstars” and darlings of the Alternative Media soon be announcing their own Big Pharma drugs to replace the deadly COVID-19 shots?

That appears to be the case with at least one new COVID-19 vaccine in the pipeline that has received $BILLIONS in funding and is being marketed as a “Christian Pro-Life” vaccine, and is being promoted by some of these new “superstar” doctors like Peter McCullough. See:

Novavax: Soon to be FDA-Authorized COVID-19 Vaccine for the “Christian Pro-life” Population?

I think we are clearly seeing the take-over of a major section of the Alternative Health Media, including the “Christian Right,” by Big Pharma, who along with their bankers and Wall Street billionaires created $TRILLIONS out thin air starting in 2019 and then continued giving themselves $TRILLIONS through 2020 under President Donald Trump with his Operation Warp Speed, and now have plenty of funding to go around for everyone to join the party, whether you wear the “anti-vaxx” label or not.

And now they want to gather everyone who is “Against the Mandates” in Washington D.C. this coming Sunday. I have previously exposed how this event is very clearly funded by Big Pharma and these new “superstars” who are all pro-vaccine, but it doesn’t seem to matter to many, as they want their “superstars” to stand up for them to stop the mandates.

Here is an email I just received from a reader who seems to be clearly part of the Christian Right:

I just read your article about the DC rally coming up (https://healthimpactnews.com/2022/pro-vaccine-big-pharma-execs-invite-you-to-d-c-to-protest-against-vaccine-mandates-did-you-forget-what-happened-on-jan-6th-2021/)….

However, I do not support your condemnation of Dr Robert Malone, Dr Peter McCullough, and Robert F Kennedy, Jr. I find all three of the above to be in support of medical interventions that are demonstrably safe. All three – like you – have sacrificed greatly and worked very hard to help stop the slaughter. If you’re only willing to support perfect people I think you know well there are none.

It’s a matter of accepting the Globalists deception of dividing the nation into two political camps, with seemingly no other choices, forcing us to accept the “lesser of two evils.”

I refuse to play that game. I reject both sides, because they both end up at the same destination: enriching the pockets of Big Pharma and the Wall Street bankers. And that just leads to more slavery, the opposite of freedom.

You gladly put up with fools since you are so wise! In fact, you even put up with anyone who enslaves you or exploits you or takes advantage of you or pushes himself forward or slaps you in the face. (2 Corinthians 11:19-20)

2 thoughts on “Was Tennis Star Novak Djokovic’s Media Coverage in Australia All a Show to Promote his New Biotech Pharma Company?”