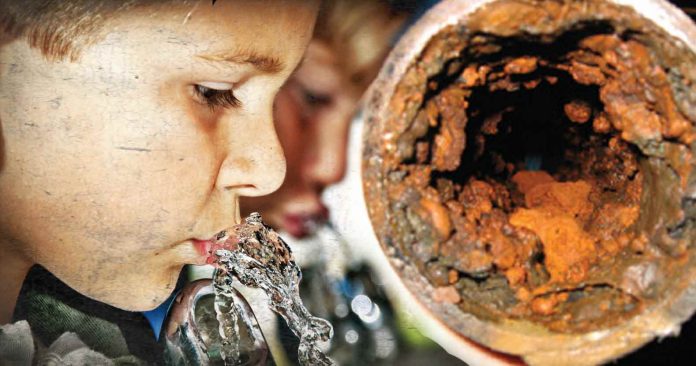 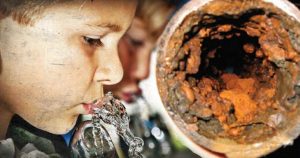 This week, Detroit Public Schools announced that they will be shutting off drinking water for all 106 schools in the district, after more than half of them tested for dangerous levels of lead and copper.

Superintendent Nikolai Vitti told parents in an email this Tuesday that his office began testing all of the schools his spring, and found that 16 out of 24 of the first schools tested had levels that were far too high for safe consumption.

“Although we have no evidence that there are elevated levels of copper or lead in our other schools (over 50) where we are awaiting test results, out of an abundance of caution and concern for the safety of our students and employees, I am turning off all drinking water in our schools until a deeper and broader analysis can be conducted to determine the long-term solutions for all schools,” the email stated.

The city’s water and sewage department said that they will be providing water for the students until the municipal water supplies are suitable for consumption.

“The Great Lakes Water Authority (GLWA) and the Detroit Water and Sewerage Department (DWSD) want to assure Detroit residents and customers of GLWA’s regional system that they are not affected by the lead and copper issues that the Detroit Public Schools Community District (DPSCD) is experiencing. Aging school infrastructure (i.e. plumbing) is the reason for the precautionary measure of providing bottled water. The treated drinking water provided by GLWA and distributed by DWSD not only meets, but surpasses all federal and state Safe Drinking Water Act regulations for quality and safety. The water at GLWA’s treatment plants is tested hourly and DWSD has no lead service lines connected to any DPSCD building,” the agency said in a statment.

Flint, Detroit and other areas of Michigan might get most of the attention with lead-contaminated water, but this is a problem affecting the entire country.

In fact, Reuters recently published neighborhood-level blood lead testing results from 34 states, as well as Washington DC, which were collected by the Centers for Disease Control and Prevention (CDC). The results showed that 3,810 neighborhood areas have levels of lead that are at least double those seen in Flint. Close to half of these sites had levels that were actually four times as high as those in Flint.

Some of the areas shown to be affected the most were parts of Pennsylvania, New York, Baltimore and parts of Ohio. Researchers noted that areas which were heavily industrialized before lead was recognized as a problem have become hotspots for contamination. A color-coded map identifying many of these hotspots was published with the report, showing some of the highest levels of contamination in Savannah, Georgia; Brooklyn, New York; and even as far north as Rutland, Vermont.

The results showed that despite the fact that Flint had become the face of lead contamination in America, it doesn’t even rank among the most toxic water supplies in the country. Far from being a localized problem, it seems that water supplies throughout the entire country could be compromised. In 2013, prior to the Flint controversy, The American Society of Civil Engineers gave the nation’s water infrastructure a “D+” on their Report Card for America’s Infrastructure in 2013. It is estimated that the much-needed overhaul of the country’s water infrastructure could cost over $1 trillion.

Lead contamination has become less of a widespread problem over the decades as it has been removed from products like paint and gasoline, but sadly the pipes that local and state governments are responsible for have not caught up with the times.