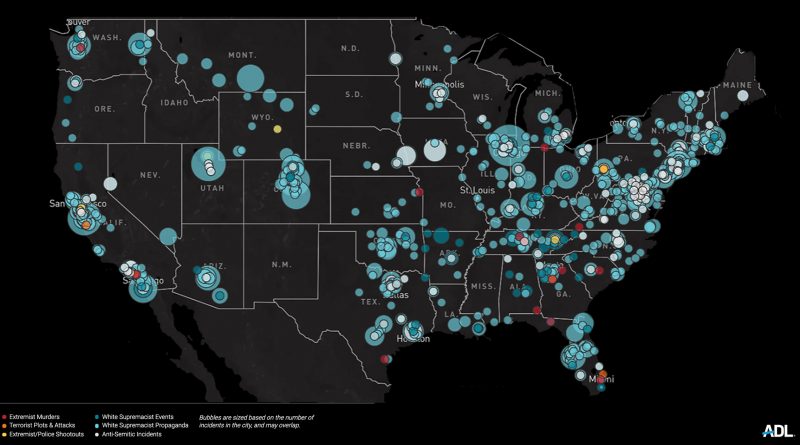 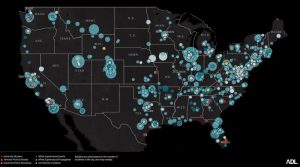 One of the few growth industries in Donald Trump’s United States is the protection of Jewish citizens and their property from a largely contrived wave of anti-Semitism that is allegedly sweeping the nation. Even while potentially catastrophic developments in the Middle East continue to unfold, the threat of anti-Semitism continues to dominate much of the news cycle in the mainstream media.

There are a number of things that all Americans should know about the anti-Semitism hysteria. First of all, the extent to which there is actual anti-Semitism and the back story to many of the incidents has been deliberately distorted or even ignored by the press and by the government at all levels. Anti-Semitism is hatred of Jews for either their religion or their ethnicity, but many of the so-called anti-Semitic incidents are actually related to the policies advanced by the state of Israel. Organizations like the Anti-Defamation League (ADL), which have a vested interest in keeping the number of anti-Semitic incidents high, deliberately conflate the two issues in their reports.

In its 2018 report, ADL reported “1,879 acts,” in the United States during the course of the year. It is not a particularly large number given the size and population of the U.S. and also with respect to what is included. There were certainly some physical attacks, including two shooting incidents at synagogues in Pittsburgh and Poway, but most of the incidents were much less kinetic, including shouting and name-calling on university campuses between groups supportive of and opposed to Israel’s repression of the Palestinians.

Politicians, the media, and Jewish leaders have all blamed much of the alleged violent anti-Semitism on “white supremacists,” but any examination of the actual incidents does not support that view. Anyone who has any knowledge of the so-called white groups is aware that they are little more than a fringe movement within a fringe movement. Most of the physical attacks on Jews actually are carried out by blacks and most of those attacks are based on aggressive behaviour by the largely Hasidic Jewish communities in New York City and surrounding areas. Hasidic Jews are relatively easy to identify as targets because of their distinctive attire, but the tension between the black community, which is being displaced by gentrifying and hostile Hasidic communities, is the root cause of the problem, not religion or race.

Indeed, the whole story of Hasidic community growth and its impact on some established neighbourhoods has been pretty much ignored by the mainstream press. Hasidic activities in Brooklyn, in Jersey City, in New York ex-urb Bloomingburg and Lakewood and Toms River, New Jersey are deplorable, and attempts by local communities to fight back are regularly met with claims that the locals are anti-Semites. Hasidim routinely registers their homes as places of worship to avoid property taxes, making other local residents pay for police and fire services as well as maintenance of infrastructure. When sufficient Hasidim become residents to get elected to the public school board, they divert the funding of state-provided education to support their own private schools. As Hasidim get married within their community and do not register with the state, the women routinely file as single mothers to get public childcare subsidy checks. The men often do not work at all so they can study the Talmud so they are able to engage in wholesale welfare fraud, claiming poverty, to get food stamps, social security, and other money services.

Hasidim also does not consider the judicial system applicable to themselves. They have private courts that have served to hide criminals including even child molesters in their community. Once they achieve a certain presence in a town or city neighbourhood, they buy up buildings and force long-term residents out. They ignore building codes and zoning to bring in co-religionists with their large families, and, once established, they create enclaves that are hostile to outsiders.

A final source of anti-Semitism incidents is Jews themselves who, for various reasons, either lie or fabricate tales of their persecution. In a recent incident, a Jewish student set a fire in a dormitory at Yeshiva University. In other incidents, bomb threats and graffiti were attributed to “white supremacists” but later determined to have been done by young Jewish males.

No matter how one regards the anti-Semitism issue, there is one thing for sure, and that is that 2020 will cost non-Jewish taxpayers a lot of money. There will be considerable money in the pipeline for Jewish groups to establish and maintain security for their buildings and other facilities with the federal government not surprisingly leading the charge. On Dec. 31, Senate Minority Leader Chuck Schumer (D-N.Y.), who is Jewish and regards himself as the protector of Israel in the Senate, said he would introduce legislation to quadruple the Department of Homeland Security’s annual Nonprofit Security Grant Program. It would make available $360 million. The grant program is already completely corrupted through the kind offices of folks like Schumer and serves essentially as a free handout to Jewish organizations. Over 90% of the money disbursed annually now goes to Jewish recipients for security and infrastructure upgrades, a percentage that will surely continue.

There is a certain irony in all of the tax money going to protect the wealthiest and most politically powerful demographic in the United States, but that is how politics works in Washington and also at the state and local level. Police resources in New York and other cities will now be redirected to concentrate on Jewish neighborhoods and synagogues. Rockland County in New York state is going one step farther, paying for a private security force dedicated to protecting Jews and their property.

Schumer will also increase funding for a program that pays for Department of Justice experts to train state and local officials in investigating and prosecuting hate crimes while Rep. Adam Schiff (D-Calif.) has introduced a bill that would for the first time both define attacks on Jews as domestic terrorism while also at the same time making domestic terrorism a federal crime.

And there also will be increased pressure to make holocaust education mandatory in public schools. Currently, 12 states require holocaust instruction in their public school curricula, though that includes five of the six biggest states. A bipartisan bill would provide money for school districts to develop and improve their own curricula with the ultimate objective of making such education mandatory through the United States.

The response of government to the alleged wave of anti-Semitism is understandable given the political power of the Jewish community. But it is inappropriate for the state to commit scarce resources to pressure groups when students get into shouting matches at a university or religious extremists seek to carve out enclaves for themselves at the expense of an existing community. That is where the government has to step back, and it also should avoid the usual remedy of throwing money at the problem. The money belongs to the American taxpayers and this is one instance where it should stay safely in their pockets.

Philip Giraldi is a former CIA counter-terrorism specialist and military intelligence officer and a columnist and television commentator. He is also the executive director of the Council for the National Interest.

2 thoughts on “‘Wave of Anti-Semitism’ Exaggerated”