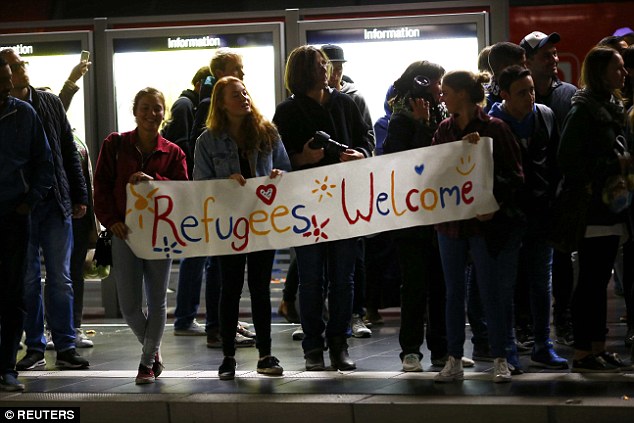 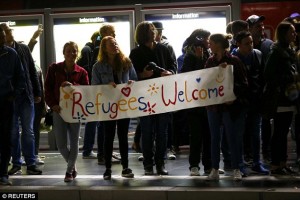 NOTE: I just can’t understand why European countries are so keen to give away their lands & everything that they have built, to invaders. These invaders have no respect for European culture, identity or way of life & they will only seek to consume & breed.

Actually we can’t do what we like with this country. We inherited it from our parents and grandparents and we have a duty to hand it on to our children and grandchildren, preferably improved and certainly undamaged.

It is one of the heaviest responsibilities we will ever have. We cannot just give it away to complete strangers on an impulse because it makes us feel good about ourselves.

Every one of the posturing notables simpering ‘refugees welcome’ should be asked if he or she will take a refugee family into his or her home for an indefinite period, and pay for their food, medical treatment and education.

If so, they mean it. If not, they are merely demanding that others pay and make room so that they can experience a self-righteous glow. No doubt the same people are also sentimental enthusiasts for the ‘living wage’, and ‘social housing’, when in fact open borders are steadily pushing wages down and housing costs up.

As William Blake rightly said: ‘He who would do good to another must do it in minute particulars. General good is the plea of the scoundrel, hypocrite and flatterer.’

Britain is a desirable place to live mainly because it is an island, which most people can’t get to. Most of the really successful civilisations survived because they were protected from invasion by mountains, sea, deserts or a combination of these things. Ask the Russians or the Poles what it’s like to live without the shield of the sea. There is no positive word for ‘safety’ in Russian. Their word for security is ‘bezopasnost’ – ‘without danger’.

Thanks to a thousand years of uninvaded peace, we have developed astonishing levels of trust, safety and freedom. I have visited nearly 60 countries and lived in the USSR, Russia and the USA, and I have never experienced anything as good as what we have. Only in the Anglosphere countries – the USA, Canada, Australia and New Zealand – is there anything comparable. I am amazed at how relaxed we are about giving this away.

Our advantages depend very much on our shared past, our inherited traditions, habits and memories. Newcomers can learn them, but only if they come in small enough numbers. Mass immigration means we adapt to them, when they should be adapting to us.

So now, on the basis of an emotional spasm, dressed up as civilisation and generosity, are we going to say that we abandon this legacy and decline our obligation to pass it on, like the enfeebled, wastrel heirs of an ancient inheritance letting the great house and the estate go to ruin?