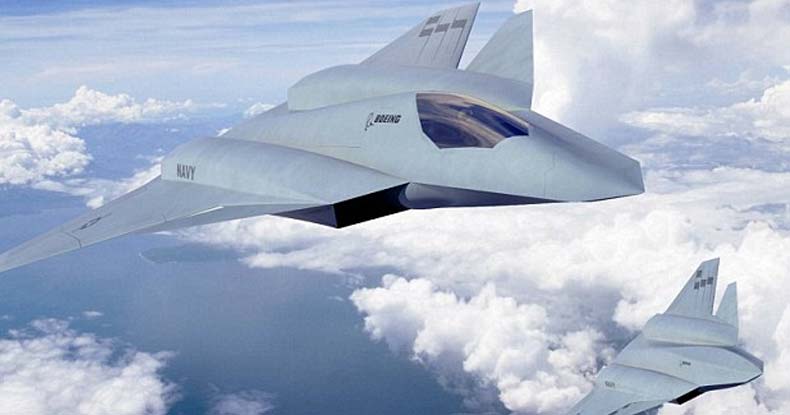 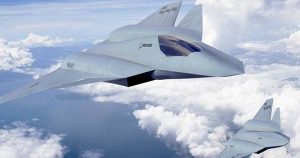 The two most aggressive military forces in the world have added a new frontier in their immense ability to deal death and destruction. In the same week, an Israeli firm launched the first-ever torpedo from an unmanned sea vessel while a U.S. artificially intelligent fighter pilot easily won combat simulations against human pilots.

These achievements are a testament to the sad reality that military interests are often the first to take advantage of wondrous advancements such as AI, just as nuclear physics and other technologies were hijacked for more efficient methods of killing.

Stephen Hawking pointed this out during an interview on the Larry King show.

Governments seem to be engaged in an AI arms race, designing planes and weapons with intelligent technologies. The funding for projects directly beneficial to the human race, such as improved medical screening seems a somewhat lower priority.

The AI fighter jet pilot, known as Alpha, was developed by researchers from the University of Cincinnati and defense company Psibernetix. It used four virtual jets to defend a coastline from two attacking planes with superior weapons systems—without suffering any losses.

Retired US Air Force colonel Gene Lee was shot out of the air every time after protracted engagements, and could not even manage to score a hit on Alpha.

The groundbreaking feat was accomplished through the use of “fuzzy logic” to efficiently compute the massive amounts of data from a simulated fighter jet. Instead of analyzing every bit of data equally, fuzzy logic assigns a degree of truth or significance to the pieces of data before making a broader decision.

“Here, you’ve got an AI system that seems to be able to deal with the air-to-air environment, which is extraordinarily dynamic, has an extraordinary number of parameters and, in the paper, more than holds its own against a skilled and capable, experienced combat pilot,” said Doug Barrie, a military aerospace analyst at think tank IISS.

“It’s like a chess master losing out to a computer.”

For now, the talk is about using Alpha “as a simulation tool or as a device to help develop better systems for assisting human pilots in the air.” But it’s a safe assumption that using AI to pilot real machines is being explored by a military machine incessantly hungry for the next best means of reaping death and destruction.

If an AI fighter pilot were ever to fly an actual fighter jet, the obvious question is, what happens when it decides to attack a non-military target? Of course, human pilots routinely bomb innocent civilians, but this is “justified” as collateral damage in the pursuit of defeating the bogeyman du jour.

This Book Could Save Your Life (Ad)

The unmanned torpedo-launching sea vessel system, called Seagull, will soon be put into use by the Israeli Navy for use against submarines and sea mines. It consists of one or two surface vessels, each about 40 feet long, operated remotely from manned ships or the shore.

One vessel carries a sonar system that can search the entire water volume, with another that deploys an underwater robot for further investigation. When a threat is confirmed, a vessel launches a torpedo-like weapon to destroy the target.

This test carried out in the Haifa port marks the first time that a torpedo has been launched from an unmanned boat.

‘The success of the first torpedo launch test is a major milestone, confirming the Unmanned Surface Vessel’s capability to incorporate weapons that counter submarines, in addition to its unique submarine and mine detection capabilities,’ Elbit, the firm behind the trial said.

While it’s great to “take the man out of the minefield,” the Seagull also represents the kind of military advancement we see with unmanned aerial vehicles, or drones.

As we know, drones have been the tool of choice for expanding undeclared war into countries in the name of fighting terrorism, which has resulted in thousands of innocent civilians being killed. When bombing is carried out remotely, from the comfort of a padded seat in a secure building, the operator is that much more detached from the reality of killing people.

Former drone operators have gone public about the blood lust and indifference that characterizes the drone assassination program, and fellow operators getting intoxicated to “bend that reality and try to picture yourself not being there.”

Of course, operating torpedo-equipped sea vessels is a different beast, but the trend toward unmanned killing machines is nonetheless troubling. With AI being brought into military technology, how long before scenes from the Terminator movies are a real thing?

Justin Gardner writes for TheFreeThoughtProject.com, where this article first appeared.