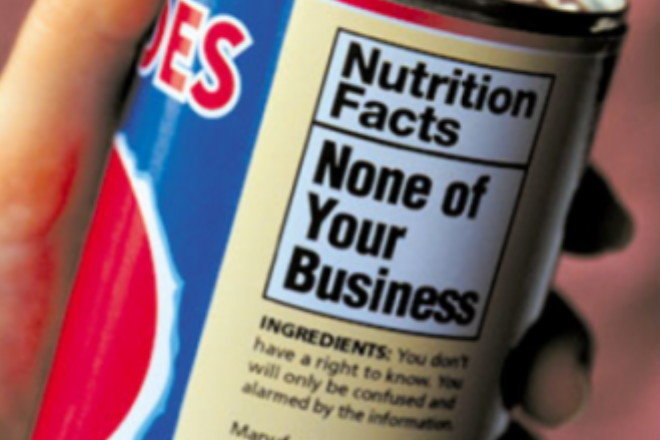 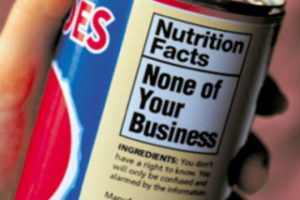 Let’s say, for argument’s sake, that a group exists which—instead of catering to the lowest common denominator—is composed of individuals who are determined to forward a cause of TRUTH about a vital issue.

They’re determined to make an impact, change minds, turn the game around.

They’re up against entrenched power, in government, in media, in other groups who are fronts for LIES.

This good group needs public relations. It needs many things, but it certainly needs this.

However, in most cases, such a group will not know much about public relations, and it will leave that area to a few amateurs among its ranks. These amateurs will make every mistake in the book.

For example, they will spend the entire advertising budget on bland television ads. The ads will lack punch. They’ll turn out to be a Mickey Mouse version of the truth. The public will not be interested.

Sure, and that ad campaign was a loser. NICE was the theme, and it sank like a little stone in a large lake.

“But you see, if we put together powerful attack ads, we couldn’t have gotten them on television. The networks would have rejected them…”

Yes, and THAT would have been the subject of the next phase of the campaign—ads could be placed on thousands of web sites:

“Here is the ad the major networks refused to run. Look at it. Think about it. It’s real, it’s the truth…”

What issues am I talking about? Mandatory vaccination, for example. GMO crops and toxic Roundup, for example.

The ad the networks refused to run shows a lone farmer standing in a growing field, against a background of high super-weeds.

Farmer: “I went for GMO crops. The chemical I bought and sprayed was supposed to kill weeds but leave my crops alone. That was a lie. Weeds survived and grew huge. Look at them. They’re taking over my fields. The survival of my family is at stake…”

Run that ad. It’s just the start of a much more aggressive series of ads.

You can be nice, too. But in other ads. Cover all the bases.

Public relations for the truth has to muscle into the game. It can’t tap on the gate politely and asked to be let in.

Public relations for the truth has to fly in from a number of diverse vectors. It isn’t one centralized message. That’s another lesson. The “oneness” approach has to be offloaded. It might make a nice dream, but it has no long-term power.

“But you see, if we can bring together a hundred different groups on this issue and combine them and decide on one overriding message, we can win…”

More amateurs at work. Sure, try to bring together a hundred groups and try to hammer out a single message they all can agree on, and see what you end up with. You’ll end up with watery soup. At best.

Effective public relations costs money. There is no way around it. Groups that believe otherwise are deluded. The woe-is-us approach goes nowhere. There has to be a budget, and the money has to be spent well.

“We can’t afford to hire someone who can put together a whole series of fantastic ads. We have to get by with what we have…”

That attitude puts you in the dumpster.

“I think we already have a great ad. It shows a young blonde [non-authoritative clueless] woman walking toward the camera saying, ‘You have a right to know what’s in your food.’”

Really? And this will turn the tide against unlabeled GMOs and Monsanto? On what planet? Many ads of this caliber were run during the GMO-labeling ballot initiatives in California and the state of Washington. Both those initiatives went down to defeat.

And then, eventually, the infamous federal Dark Act was passed by Congress and signed into law by the President. It essentially put an end to informative GMO labeling and outlawed any further ballot initiatives run by the individual states.

Public relations at its worst. In fact, there were one or two men inside the movement to label GMOs who controlled all the messaging of the campaigns. That bland-egg message was: you have a right to know what’s in your food. Those men later colluded with Congress to pass the Dark Act. In other words, they were traitors to the cause. That’s worse than incompetence. Far worse.

Well-intentioned people who crusade for the truth often make this mistake: they try to shape their campaigns based on their own attitude about “controversy.”

“I don’t want to stir people up. I want to give them facts and let them make up their own minds. I want to remain neutral.”

Those “PR people” wind up feeling good about themselves…as they go down to defeat.

This is some kind of twist on “virtue is its own reward.” It certainly isn’t effective public relations launched on behalf of scoring a vital victory.

“I have a great idea. In our group, there are about fifty people who could lead our public relations campaign. Let’s find the person who is ‘least offensive’ and hand the budget over to him. That way we can all feel safe and secure that we’re following ‘the noble path’.”

“Last night, the Universe sent a message to me. It said a few thousand of us should think positive thoughts and focus our visualization on a new law that would make vaccination a parental choice, instead of a state mandate…”

Well, that public relations campaign would cost no money. Which could be called a plus. Try it. See what happens. See if “the Universe” is actually speaking. See if that notion works.

The true path of public relations is asymmetrical. Assessing the overall situation reveals opportunities an active imagination can take advantage of:

For example, suppose we have a situation where a local population is under the gun, as a result of constant corporate toxic-pesticide spraying.

There are other such populations, in distant places, who are facing the same dire problem.

Bring half-a-dozen representatives of these other populations to the town of the current corporate pesticide crime.

At the same time, file lawsuits against the corporation, and publicize them.

If corrupt judges dismiss the lawsuits as frivolous, or illegal, that simply adds grist for the mill. Publicize that. Make that the occasion for more PR.

At the same time, produce and release videos that relentlessly expose the corporation in every possible truthful way: its pesticides are toxic; the science on which these chemicals are based is flawed, false, and corrupt; the corporation colludes with government agencies to curry favor. Etc., etc.

At the same time, find people who have been injured by the corporation and release their on-camera testimonies.

This is how a real PR campaign begins. It’s just the opening salvo.

Don’t play defense. Go on a sustained offensive thrust, from a number of different directions.

Again: Never, ever rely on just one strategy, such as a ballot initiative or a class-action lawsuit. If you do, you’re playing on the opponent’s turf, where he is the expert and can control outcomes. He knows you’re coming. He knows how to turn you away. But if you’re showing up from half-a-dozen directions at once, you’re a different kind of asymmetrical creature. Unpredictable, powerful, agile.

As always, imagination is the key.

Actual imagination at work isn’t “the Universe talked to me and laid out a game plan.”

Actual imagination isn’t a brainstorming session in the group, where a dozen people or more chew each other’s ears off and water down strategies to the level of the most cautious ideas.

This isn’t a spiritualist séance. It isn’t a flabby notion of democracy in action. It isn’t a catchy tune.

It definitely isn’t two armies facing off in an open field, where one army is a thousand times larger, has the latest weapons, and is backed up by legions of propaganda minions.

It’s staged with and for the truth.