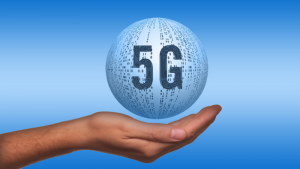 After my article “Is This What You Want Outside Your Bedroom Window” appeared, one of the EMF researchers, whom I network with, emailed comments, which I have permission to share with readers. The researcher wants to remain anonymous, which I respect, but was a former military radar specialist and also worked as a radiology specialist in hospitals, so he knows more about EMFs/RFs than most of us. Here are his comments to consider.

5G is serious stuff. We are living in very serious times. And no one seems to know, or wants to know, just how serious a price we have to pay for all our wireless tech addictions. I know from personal experience that 99.9% of Americans do not even know what “G” stands for, nor do they know anything about the scientifically- proven lethal radiation emitted from their children’s phones and Wi-Fi. [“G” stands for generation of power.]

The Elana Freeland video http://tinyurl.com/y9ebeq5x in your article is a must-see! YouTube is literally now exploding with warnings on 5G and pulsed microwave wireless harms, which the Mainstream Media have on total lockdown. This is 11:59:59 of the 11th Hour.

The very fact our Government is forcefully rolling this weaponized military grade program out with zero concern for safety, regardless of the ever-increasing decades-old “Mt. Everest-size” peer reviewed Science, should finally, once and for all, reveal to Americans what a lie they have been living for virtually all of their lives! “Virtual” lives are truly what we have been living. Clearly the “powers that be” have deemed us flesh-and-blood-Americans not so important and quite expeditiously expendable. We must really be a serious threat to the controlling elites to require such powerful lethal doses of constant microwave radiation!

Note: The jury is still out in regard to 5G mm [millimeter] waves “not traveling far” and “not penetrating walls”. I personally see this as a distraction tactic in order to lull us in to accepting so many transmitters on every street!

Do some research and you will see exploding evidence on YouTube with good documentation from Military applications of how 90-95 Ghz mm wave technology is used to look right through walls with High Definition quality! TSA scanners use it to see right through your clothing and luggage, just like x-rays, at airport security!

Elana elaborates in her video just how it will be used to see everything in your home in real time high-definition. Does that sound like a radiation that will not travel far or penetrate well? The radiation from doing that to you in your home (or on the street) can, of course, give you cancer and other diseases over time — ESPECIALLY FROM CONCENTRATED DIRECTIONAL MICROWAVE BEAMS.

One thing no one ever talks about is the fact that they can, and do, PIGGYBACK various ranges of RF for better distance of travel and penetration. Of course, piggybacking frequencies means MORE human cell damaging, immune suppressing, and disease causing radiation exposures to all of us targets and human guinea pigs.

Somebody is untruthful by saying 5G won’t penetrate well. That is just the excuse to blanket every square inch and deploy so many cell tower transmitters. MM wave technology was developed by the Military for weapons and surveillance, then handed down to Telecoms. The exact range of frequencies used and piggybacking thereof, not to mention exact amount of voltage used, may never and probably will never truly be known or revealed to the public. Once it is deployed on our streets and in our yards — THESE are the possibilities that we will live and die by: Life under a carcinogenic, hackable, remotely-controlled, track-and-destroy weapons system.

Like good ole FCC Chairman Tom Wheeler said: “This has nothing to do with Telecom“. He told us, but do we understand what he’s really saying?

I express my most sincere appreciation for those comments, which I hope readers will consider seriously. One of the ‘things’ to consider is, in the USA the first potential deployments of higher 5G bands will be between 27.5 and 28.35 GHz and 37-40 GHz in 2018 pre-commercial deployments [1].

In short, your body relies on EMF to function. EMF is one critical way in which your body operates and regulates itself.

But, of course, your body relies on very specific levels of EMF. Your body is tuned to act in response to very, very low power levels of extremely-low frequency (ELF) EMF — in the range of 1 – 10Hz (compared to the 60Hz frequency found in power lines and electrical appliances, and 2.4-5 gigahertz used by WiFi). [….]

The IARC of the World Health Organization already concludes that radiofrequency electromagnetic fields are a “Group 2B” possible carcinogen to humans.

Lyon, France, May 31, 2011 ‐‐ The WHO/International Agency for Research on Cancer (IARC) has classified radiofrequency electromagnetic fields as possibly carcinogenic to humans (Group 2B), based on an increased risk for glioma, a malignant type of brain cancer1, associated with wireless phone use.” (Source)

Are you aware NO studies have been done to confirm human and environmental safety or harm either short- or long-term on ‘advanced generations’ i.e., 2G, 3G, 4G and now 5G and faster wavelengths? What ever happened to scientific risk assessment [2]?

Worried about what effect WiFi has on your body, your children or your animals?

Are your solar panels frying your brain without you even knowing?

All WiFi, cell phones, smart meters, phone towers and solar panels have a measurable impact upon your health!

NEXUS is selling Blushield technology products, because they work!

Live blood analysis and two years of testimonials from people with extreme electrosensitivity indicates that this is the only product on the market giving non-placebo results.

We use Blushield in our NEXUS office and in our homes, and we have no hesitation in giving Blushield our strongest endorsement.

For cell phones we also recommend and use the airtube earplugs, instead of wired earphones.

We believe this to be an extremely important subject and urge you to consider the following:

We urge you to stay informed and consider a digital or print subscription to NEXUS Magazine.  (Published since 1987)

Two of Catherine’s more recent books on Amazon.com are Our Chemical Lives And The Hijacking Of Our DNA, A Probe Into What’s Probably Making Us Sick(2009) and Lord, How Can I Make It Through Grieving My Loss, An Inspirational Guide Through the Grieving Process (2008)

One thought on “What Really Is 5G About?”