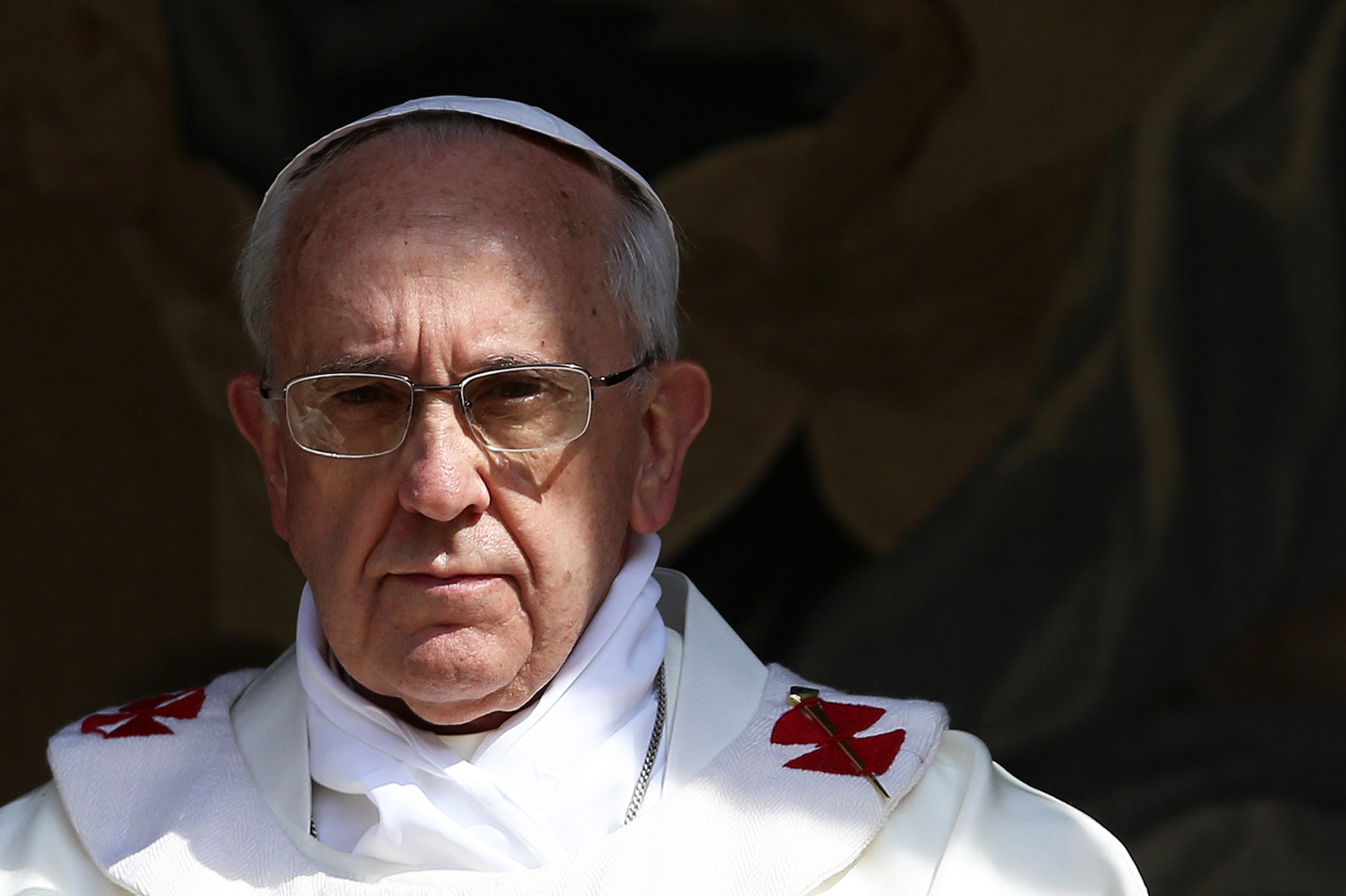 Yet again the Pope is sticking his nose into Europe’s neo-invasion at the hands of mass illegal immigration and open border politicians.

“How many of our brothers and sisters are living in this time a real and dramatic situation of exile, far from their homeland,” Pope Francis said.

“Still in their eyes the reflection of their homes reduced to rubble, their hearts full of fear and often, unfortunately, sorrow at the loss of loved ones!”

“And when they try to go somewhere else, they find the door closed to them,”

“There they are, at the border, because so many doors and so many hearts are closed. Today’s migrants suffer from the cold, without food and with no way to enter. They do not feel welcome.” He said, in reference to Macedonia’s recently closed borders.

“How it pleases me to hear of nations and rulers who open their hearts and open their doors!”

Brussels foreign policy chief, Federica Mogherini, has warned that there are an ADDITIONAL 450,000 illegal immigrants waiting in Libya who would try to break into Europe in Summer 2016.

Europe is being swamped with illegal immigrants, but this was no accident. In Summer 2014, the EU was paying EU countries 6000 Euros per “refugee” moved into Europe.

This caused a stampede towards Europe, and the “diversity” politicians took them in, instead of enforcing the border laws like they should have done.

At first, they were going to use illegal immigrants to “diversify” Europe even more, but European citizens have turned strongly against them, despite a mainstream media blackout on immigrant crimes.