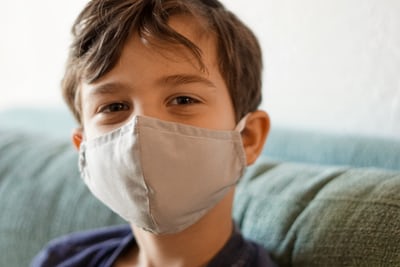 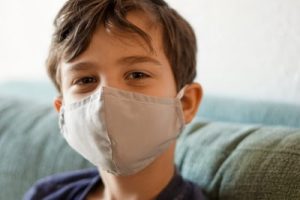 There used to be a fundamental difference between the world’s socialist states and western democracies. Under a socialist system, children were seen as communal possessions and future components in the all-powerful collective. For this reason, they were taken at a young age and rigorously (often brutally) indoctrinated into state-thinking away from the potentially dissenting voices of their parents.

This system of child theft can be seen all over the world, including in Xi Jinping’s dictatorship where children are subjected to a monotonous education in the Communist regime’s ideology. They often become proficient in certain topics – like maths – but their creative and questioning minds are crushed early.

The West diligently educates children as well, but this is approached as a balancing act between the school system and parents. Traditionally, children are taught the basics in a rote fashion, but as they grow older the emphasis is shifted to instil scepticism. Even the teenage urge to challenge authority is recognised as a de facto rite of passage into adulthood. In this way, children become adults that eye political authority with a dash of caution.

Over the past four decades, the saturation of Marxist ideology into Western schools has altered the mindset of young adults, leading to a generation that seeks safety in authority and demands government encroach further into the sacred legal relationship between parent and child.

This came to the fore during the loosening of medical consent surrounding life-changing gender surgery, with schools and doctors able to override parents in matters related to gender identity. Once the precedent had been set, it was only a matter of time before the government and state medical authorities began expanding their influence.

In some Australian states, health authorities have allowed ‘mature minors’ (that is, children aged as young as 12 in some cases) to consent to Covid vaccination without the knowledge or permission of their parents. The typical age of consent for vaccination in Australia is 16.

‘It [the addition of mature minors] is to ensure a small number of children aged 14 to 15, who may have difficulty getting consent can have the opportunity to get vaccinated,’ said NSW Health, confirming this change was made to target those children who remain unvaccinated at the express wish of their parents.

To that end, young children have been hounded by social media messaging and school-based campaigns to pressure them into getting vaccinated. The Youth Affairs Council of Victoria – funded in part by the Victorian Government Office for Equality and Youth – released a controversial TikTok video showing an older teenager coercing a 14-year-old into going on a ‘vax date’. The young girl was unable to go to the movies because of vaccine passport requirements, so the older girl takes her to a vaccine clinic where she is vaccinated ‘in secret’.

Forget the embarrassing gaffe where the older girl’s vaccine passport reveals her to be 46, the idea of the government telling children to disobey their parents in service of a government directive is a huge departure from their purview.

Our state governments have overstepped a moral line. It is not the job of politicians to relentlessly hound children, nor is it their responsibility to micro-manage the health choices of individuals in a coercive manner. Long gone are the anti-bullying ads and ‘social media safety’ campaigns. Today, the government is the creepy stranger in the playground offering candy to our children.

One thought on “Who owns Australia’s children – parents or the government?”