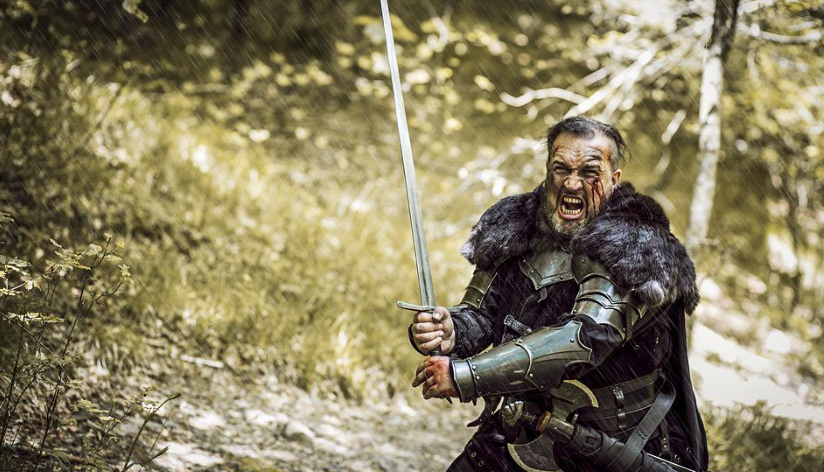 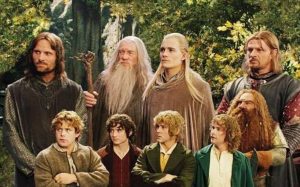 In the movie ‘Batman: The Dark Knight’ the well regarded district attorney Harvey Dent makes a statement that has since woven itself into our popular culture to the point that we often hear it quoted as if it was said by some ancient philosopher. He noted:

“You either die a hero or you live long enough to see yourself become the villain.”

The most predictable interpretation of this is that there is a fine line between doing good and doing evil with the best of intentions. People can start out as heroes and quickly fall to darkness in the name of serving the “greater good.” I think there is more meaning behind the quote, however.

There is also the issue of historical revision and the fact that the heroes of yesterday might be considered the terrorists of tomorrow given who is in charge of writing the history books or reporting the news. Sometimes heroes become villains through their own mistakes, other times they are just rewritten that way.

For example, today we hear constant gnashing and wailing from the political left about the “evils” of the Founding Fathers and why they should be erased or canceled from our cultural zeitgeist.

They have even attempted to revise the very foundations of American history through their “1619 Project” as they assert that no American accomplishment is valid because EVERYTHING was built around the institution of slavery.

They make no mention that slavery has been an institution in every single culture on the planet since civilization began, but that doesn’t matter to them.

The goal of the 1619 Project was to diminish or dismiss everything distinctly American, right down to the revolution that founded our nation. What they care about is the deconstruction of heroes, in part because if you can destroy the character of a hero then you might be able to also destroy what they stood for in the process. And, if you can destroy the ideals of a society, it becomes a lot easier to then control that society.

When the political left seeks to undermine the legacy of the founders they aren’t just engaging in character attacks against men who can no longer defend themselves, they are also attempting to sabotage the vision those men created – The vision of a free republic outside of the dictates of collectivism and monarchy (rule by the elites).

Obviously the Founding Fathers are no longer alive, but there are millions of people that have carried on their legacy for generations that are in fact still living to see their heroes be made into monsters through revisionism.

But the destruction of heroes goes even deeper than historical rewrites.

Leftists are also targeting the very foundations of heroic archetypes and mythologies by attacking heroic representations in our society.

They are seeking to change the nature of heroism by hijacking cultural pillars and erasing beloved stories and characters in order to “reboot” them in the image of the leftist cult.

This is usually done under the cover of “diversity and equity” as a means to obscure the true agenda. Let’s break down the tactics and motives behind this trend…

Woke ideology does not reflect our modern era in any way; it is actually a masked version of the old social models of collectivism and communism, specifically the social Marxism displayed by Mao’s Cultural Revolution.

The only difference is today we have online struggle sessions and corporations are fully onboard with the movement. When leftists claim they are fighting the system, they have no idea what this really means.

Leftists use the reflection argument all the time to justify the gutting of hero mythologies and replacing them with vapid clones. A recent example would be the latest Amazon release of their Lord Of The Rings prequel series.

I wrote about this extensively months ago in my article ‘Amazon’s Woke Lord Of The Rings Is The Death Rattle Of Social Justice Content.’

To summarize, the new Lord of The Rings is designed to spread a political message and undermine the values of the past rather than tell a meaningful organic story that pays homage to Tolkien. Amazon even released their woke Lord of The Rings on the anniversary of Tolkien’s death.

Sometimes the propaganda is subtle, and sometimes it’s a train wreck in your face.

Specifically, I examined the political left’s obsession with injecting their own Cultural Marxism into every new entertainment product as a means to saturate the media space with their ideology.

When they say they want to rehash old stories and old heroes but write them to “reflect the world of today,” what they are really doing is erasing past ideals and principles and eliminating choice.

They don’t want you to see the world from different points of view; you are only allowed to see it from THEIR point of view. This is the exact opposite of good story telling.

Diversity As A Crutch And A Cudgel

Diversity is meaningless. It serves no purpose in terms of heroic representations. People identify with actions and deeds and principles, not skin color.

That is to say, when they make garbage media with no imagination or effort, they announce “we got diversity, though,” and this is supposed to make you want to watch their products anyway, otherwise you might be “racist.”

By extension, when you dare to criticize the political pontificating and terrible writing in their media, they can then say “our stories are fantastic, you just don’t like us because we hire brown people.” See how that works?

They use minorities as a shield, either for their ineptitude or their malicious intent, but they DO NOT care about such people if they can’t exploit them.

“Diversity and inclusion” is the new slave plantation that leftist elites in Hollywood use to farm virtue points and ESG loans.

That’s all there is to it. If they actually respected the idea of presenting diverse heroes, they would create original minority heroes and write them well.

Or, they would pick minority heroes from real history and avoid implanting current day woke politics into that era.

A person that has embraced the victim mentality can never be a hero or imagine how a hero would act. They have no relationship to the concept, because narcissists are usually villains in the real world and villains tend to see themselves as victims while they spend their time victimizing others. How else can they justify the evils they do?

As our media world was overrun with woke ideologues over the years the depictions of heroes and villains have become utterly twisted. Heroes act selfishly with ego and hubris, and villains are usually depicted as either misunderstood people that are only reacting to the trespasses of society, or they are ridiculous exaggerations of conservatives and liberty activists.

This trend has become an epidemic in films, television, video games, comic books, etc. Only in the past couple of years has there been mass push-back against the agenda, but there is a long way to go before things can change for the better.

Many of these woke productions fail miserably, but they aren’t necessarily interested in box office success or making money.

Again, what they care about is saturation, as well as murdering the hero archetype openly where everyone can see.

They want to destroy your heroes in front of you and replace them with woke pod people. This is what drives them.

The biggest problem is that most conservatives ignored the culture war while only focusing on fleeting political battles. They acted as if the culture war didn’t matter, and in the process we have almost lost our country completely.

Future generations need heroic ideals and examples to live by, among real live people as well as in popular media. By ignoring the culture war, conservatives ignored the future.

There are some people out there that are working to change our country’s course by producing original media with a heroic message based in American foundations of freedom, individualism, self reliance and meritocracy.

I’m working to join them by producing my own graphic novel project based on a survivalist hero. The best we have is Burt Gummer from Tremors – He’s great but we need more. Readers who are interested in original non-woke entertainment can learn more about that project HERE.

It’s important not to underestimate the power of media in culture. There is a reason why leftists are so obsessive with it; by changing all our heroes to villains they hope to change our values and our behaviors.

They aren’t just rewriting movies, or characters, or comic books, they are trying to rewrite us.

The only way to stop this is to identify the threat, neutralize the propaganda, and then bring back legitimate hero culture by writing it once again with our own hands and our own deeds.