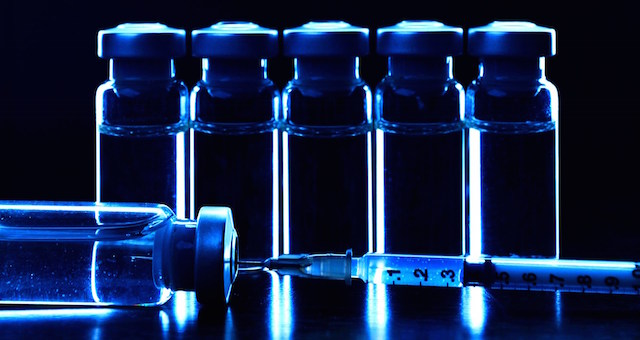 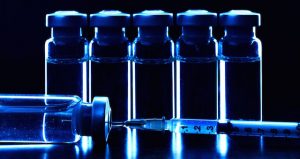 It had to happen sooner or later.  BolenReport Authors and articles are first rate, so, of course we attracted an official Roman Catholic Church Saint to write for us…

Let us consider the picture: Disease is something that happens that nobody likes.  It can be very dangerous.  Every year, untold lives are ended prematurely and unpleasantly because of disease.

What can be done to prevent disease is a question pondered by people of medicine since time began.

No one likes to get sick, no parent likes to see their child suffer, diseases can be dangerous—and, with the vaccine, science today claims to have found an approach that fulfills its expressed purpose.  Because of what they tell us, the public has grown to not question the holy sacrament of vaccination.  Indeed, neither have the scientists, who are currently working on hundreds more vaccines intended to be “fast tracked” upon the public (1).  Vaccines are credited with the eradication of many diseases.  But let’s take a closer look at what has actually happened.  What do the facts really tell us?  What have we not been told?

Injecting foreign proteins into the human body is a medical intervention.  We know that medical error constitutes the third leading cause of death in the United States. (2) With the convenience of the internet and readily available information, word is getting out. Medical science doesn’t have all the answers.

Healing traditions of indigenous cultures are getting a closer look by disgruntled recipients of managed health care. Ayurveda, herbalism, folk medicine, and homeopathy are just a few methods increasing once again in use and popularity. A recent study from Harvard University revealed that homeopathy has proven to be useful and deserves further study. (3)

The father of homeopathy himself, Samuel Hahnemann, discovered an effective method of disease prevention at around the same time as Edward Jenner, who is credited with the introduction of what we know today as the vaccine (4), was fussing with the pus from cowpox.  While Jenner witnessed many deaths from his experimentation, Hahnemann accidentally discovered that using homeopathically-prepared belladonna prevented scarlet fever.  At the time scarlet fever was endemic and ravaged entire communities. While treating one family member with belladonna for another condition, Hahnemann discovered that she did not contract scarlet fever despite the rest of the family suffering from it. He then gave belladonna to other members of the community and found that they too were able to avoid contraction of the disease, despite close exposure.

No deaths or any harsh reactions have ever been reported from the use of nontoxic homeoprophylaxis.

The royal physician to the King of Prussia, renowned physician, Christoph Wilhelm von Hufeland (1762-1836), was greatly intrigued upon learning of the incredible success Hahnemann was having with this prophylactic use of belladonna.  A study of his findings was published in 1829 in the still well-known British medical journal, the Lancet. (5)  And Hufeland ultimately convinced the King of the effectiveness of this homeopathic approach to disease prevention.  The King, who had nearly lost his son earlier after allowing him to receive Jenner’s smallpox vaccine (6), subsequently required the use of homeopathic belladonna as a prophylactic during future waves of scarlet fever (7).

Is the Vaccine Campaign Beneficial?

A recent study in Switzerland by Andreas Bachmair, surveying the parents of 15000 children. (Results2007) showed that unvaccinated children are far less affected by common illnesses than vaccinated children.  His study is ongoing and can be found here: http://www.vaccineinjury.info/survey/results-unvaccinated/results-illnesses.html  along with results from a German study (KIGGS). (8)

No comparison of vaccinated and unvaccinated children has ever been conducted by the CDC. While this has been requested time and time again, the CDC coffers do not seem to have funding available for such a study, nor have they deemed such a study “ethical.”

We know that over $3 billion have been awarded to victims of vaccine injuries in the United States since 1986, when Congress created the National Vaccine Injury Compensation Program (NVICP), relieving pharmaceutical companies of all liability.  These awards come from a tax imposed on each and every vaccine given, in other words, from taxpayers. Bailey Banks (2007) was found to have acute disseminated encephalomyelitis caused by vaccines. And in 2010 Hannah Poling was awarded $1.5 million plus $500,000 annually for continued care for her vaccine injury. (9)

Since these historical events took place, many applications of homeopathy have been used to prevent disease. The method is called Homeoprophylaxis, or HP for short.  HP follows the wisdom of high dilution methodology to render a source material harmless, yet highly effective.  Greater interest in HP is being generated worldwide as parents question the safety of conventional vaccines.

Stay tuned:  In coming issues of the Bolen Report, you will learn even more about homeoprophylaxis, its applications and actions, past and current studies continuing to validate its efficacy, where and how it has been being used, and more.

One thought on “Why Do We Need Vaccines?”